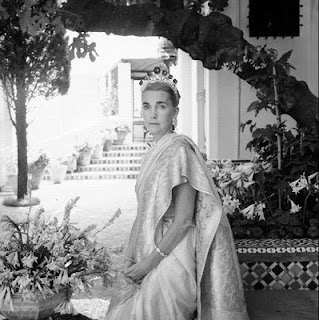 Leave it to Tom Ford to bring frankincense back to basics.

It isn't just the name of his latest fragrance, which retraces ancient trade routes, pointing farther east than the Catholic church, where westerners seem to have consigned frankincense.

It isn't just the "Noir" part, which turns the lights down on all that far east mystique, reminding us that when we think of other cultures we should probably think dark, which is to say illicit.

It's certainly more than a little to do with the price. At 150 bucks a bottle, 50 ml a pop, Sahara Noir isn't exactly sacrilege. It's more affordable - if only just - than many niche fragrances its size. But it's not so comparable to most of what it will sit alongside at the mall. As always, Mr. Ford is determined to up the aspirational ante in the mainstream marketplace.

More than anything, it's that gold bottle, which reminds you that, yeah, okay, so all that church stuff - all that holy temple hoo-ha - but let's not forget: this is the substance "more valuable than the gift of gold." Before there was a baby Jesus to give it to, Sahara Noir says, there was frankincense. Frankincense is strictly, in Tom Ford world, B.C.

I'm making it sound like I don't think much of Sahara Noir, and if anything, I think it's getting some awfully careful praise, the whole backhanded thing we've fallen into. We're in kind of a backhanded period, I guess. The needle on our bullshit detector flutters wildly at the stinky stuff, detecting it everywhere we point our noses.

Thus, Sahara Noir is "just" a frankincense fragrance - too one dimensional, not enough something else at some point. It's too heavy. It's not heavy enough. It's nice but suffocating. It's led to water but can't be made to drink. It doesn't open the door for you. Granted, Tom Ford probably asks for this and has it all coming.

The incense fragrances we remember introduce a subtle twist. It's tricky, because we want incense, but better than incense, otherwise one incense would be every other incense. I find it hard to imagine our ancient ancestors splitting these hairs. Surely, there were grades high and low, but just as surely it was enough that the stuff was burning, and smelled like the money spent on it.

Not so with the contemporary sniffer. Our favorite incense perfumes see just how far they can go before you consider them something else entirely, so for instance you get Wazamba, by Parfums d'Empire, which throws a faint but uncanny whiff of apple into the mix. Even Tauer's superficially straightforward Incense Extreme has a little inexplicable something to it, a thing you can't quite put your finger on, ever so slightly...tart?

For me, a good incense fragrance merely need be very good to win my praise, if not my utter devotion, so while I roll my eyes closer to God at the silliness that is the Ford persona,  I'm relieved I don't have to picture, let alone see, Tom Ford's ass playing nice with the asses of others in a communal shower, and I really like Sahara Noir.

My favorite frankincense is the discontinued Norma Kamali Incense. Nary a twist to that one. Norma Kamali is full frontal brute force. You understand, smelling it, why frankincense was used to mask the smell of decay after death, and how it could do this while pleasing rather than offending the powers that be in the afterlife.

Sahara Noir isn't nearly as heavy as I was led to believe - though I admit nothing ever is - but it has a quality I don't remember smelling in anything else, not even in the standard bearing Incense Series from Comme des Garcons, and it's an interesting counterpart to Norma Kamali's Incense, a basic frankincense fragrance which is good enough at being good to get away with not being the best thing ever in the history of all things historically documented. It takes the Norma Kamali approach, straight on, with addition of bottom line wearability.

Somehow, it's got a very open aired feel to it - not the open air of the cavernous temple but of the great outdoors. I'll even go with "desert", which might make it seem smarter than it is. I guess I'm trying to say that while this will be nothing new to the demographic whose mystique it mines, it's something a society lady like Barbara Hutton would consider correspondent to her waspy misunderstandings about the great Other out there, the Other she would view from behind the safety of her car window and consider herself sufficiently immersed. There's a slight sense of safe remove to Sahara Noir - but isn't that true of all mainstream fragrances? And we are nothing if not aspirational in our tastes, so we're more likely, as a whole, to follow Hutton's lead than the source.

Sahara Noir isn't a refreshing fragrance if you expect it to be something unlike anything ever done before. But it's certainly not being done much in the mainstream sectors of society. I appreciate that, and I appreciate the fact that it smells wonderful, lasts well, and takes pains not to insult my intelligence the way so many high priced "luxury items" do. For the record, I like it as well if not better than anything in the CDG Incense Series. It won't surpass Wazamba for me, but I don't need it to.

The notes list honey, jasmine, rose, and papyrus, none of which I smell even the slightest suggestion of. I do smell the cinnamon, which is twist enough for me. Like Ford's other mainstream bids, Black Orchid, White Patchouli, and Violet Blonde, Sahara Noir wears with presence. 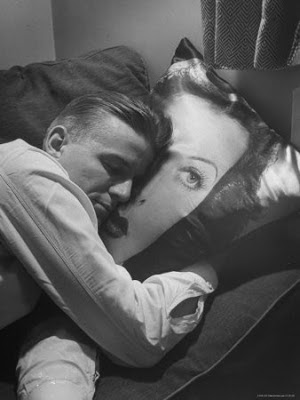 There's a unifying thread in the some of the work perfumer Frank Voelkl has done for Le Labo, but you'd have to consult another blogger to tell you in any kind of useful way what that is. All I can say is that I smell something in Iris 39 and Santal 33 that seems very much present in Ylang 49, which isn't much help. For lack of a better way to put it, I'll call it a certain kind of damp rooty tenacity, and if you feel Santal or Iris dig a little too deep, you might not cotton to Ylang.

Me, I like it plenty. Like everything else Le Labo produces, Ylang is loosely titled, and a novitiate to the brand might approach it with one presiding question: What ylang? The bigger question for me has to do with categorization in general. Is Ylang 49 aptly classified as a chypre? Seasoned vets have been remarking on the patchouli, the jasmine - but, especially, the oakmoss. I can't identify the latter any more than the ylang. That isn't a problem for me, as ultimately I'm perfectly happy with a fragrance I love, no matter what it's being called or is said to contain, but it does beg a few questions, and the disconnect fits right in with Le Labo's particular way with misrepresentation.

If you do smell the oakmoss, you'll be right on board with those calling this a chypre. Ylang 49 is being praised as a new kind of New Chypre - one that actually warrants the label. We're in a period of perfumery where almost anything can be called a chypre - and is. As in the film industry, where audience pre-awareness is crucial to the success of a new release, so in perfumery. Chypre is something of a franchise, and a franchise is an easier sell than many other things Ylang might be called.

As restrictions on oakmoss make chypres as we know them things of the past, a companion hunger for them metastasizes in those of us who hate to see them, and all their companion memories, go. The word chypre means something to a lot of people; never mind that, as we move farther and farther away from its original definition, it means less and less what it once did. There's every reason in the world for the perfume industry to make the category elastic, not least of which is capitalizing on the nostalgia generated by it being technically obsolete, but for me it's quite a stretch to apply it to Ylang 49, and replacing one memory with another isn't exactly what I'm after when seeking to preserve the past.

Ylang reminds me very much of Elie Saab, a favorite from a few years back. When I first sprayed it, I was amazed no one has compared them. Maybe it's early, or I'm imagining the similarity. If Le Labo's prices are a bit too aspirational for you, I suggest checking out Saab, which is also aspirational, but isn't quite the niche bracket either. I also see similarities to the much more affordable by far La Perla.

Like Saab and La Perla (which is, loosely, a rose chypre), Ylang has something that speaks back to vintage perfumery, which is to say pre-right now perfumery, right now being a fairly feeble, wan moment overall. Ylang has waft, presence, persistence, and richness. Any one of these qualities puts it ahead of the majority of its peers. It's a fragrance you put on to remind yourself why you love fragrance, as opposed to the very popular contemporary style of fragrance, crowding the shelves at the mall, which reminds you that not everyone does.

I agree with those who say that Ylang is simultaneously "there"and not there. It isn't anywhere close to sheer. It isn't anything remotely like a skin scent. You know at all times that you're wearing it, and I suppose others might too. And yet despite its intoxicating qualities, which amount to a kind of heady hothouse feel, it isn't bombastic. In this way, it's more contemporary than vintage. The patchouli, which is not so much a clean patch as a patch of the past, is unmistakable, which is either going to be a selling point or a death warrant, depending on your tastes (or aversions).

Ylang 49 is right up there with my favorite Le Labo fragrances, which include Aldehyde 44, Iris 39, Oud 27, Patchouli 24 (original), and Santal 33. It seems unisex to me, but I wear Poison, so I advise asking someone else.