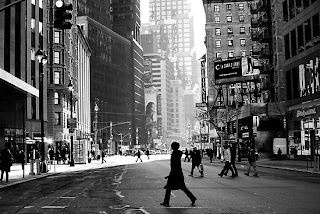 You're pitching tents, your mother's pitching fits, and - listen, I'm going to let you go. I realized, halfway through writing this to you, that I'm bored. The whole thing bores me. There's no talking to you, really, and you've been boring for such a stretch now, and seem so excited about your boring self, that I don't really see a lot of potential for turnaround, for epiphany. Maybe I'll wait for your mid life crisis, little guy. But - oy - that's gotta be a big mess waiting to happen, the way you're going this early on. I was your biggest advocate at one time. I was like your mom. Now I just want you to go away.
Posted by Brian at 5/29/2012 09:52:00 AM

Brian, this is simply brilliant and really says it all. *sincere applause*
xoxo
Jen

This is exactly how feel and you put it into words so well! Thank you!

Brian, you are one amazing writer, ya know?
This is utterly inspired -- a spot on description that is funny, poignant, and actually pathetically sad.
There WAS excitement, WAS creativity but my mind settles on only the weirdness that seemed to take over there ---- Why do thoughts of "Mommy Dearest" keep flitting through my mind? "Tina, bring me the axe"
There are a few masterpieces at Bond - there will always be Chinatown in my wardrobe, but they've pretty much lost my business as the prices and the kitsch seem to be ever increasing.

Totally, Gwyneth! Yes, Mommie Dearest. Sad, yeah. And I mean, how great were some of those earlier fragrances - so over the top fun. Now it's like some horrible black hole section of a NYC souvenir shop. I'm covered on I Heart NY mugs, thanks.

If Lindsay Lohan were a perfume line....

I enjoyed reading this beautifully written piece, although sadly I have to agree with you Brian, about Bond & "Mom". This is one of your best: don't hold back! :-x

This is hilarious and I completely agree. xo

Unfortunately, I lost interest a long time ago, when Mom started picking on the neighbors. Used to like Chinatown.

"picking on" is being awfully kind, Dissed! From what I've heard it's more like terrorizing.

I still have trouble accessing the blog from time to time, so I hadn't been here in awhile. While the page was still loading, I could read only the first five lines, and I knew it was your writing, Brian!

Delightful. I still haven't tried many Bonds (Broadway Nite was too too much for me, even ME, the BigFloralAldeHo) because they're spendy and hard to find in the boonies, and, yes, because "Mom" is kind of a jerk.

Big sloppy kisses to you for this post, though.

I have just found this blog, on my drunken journey into the world of 'fumes, and after reading only this post, I'm hooked. I cannot wait to fall headlong into this blog! Indulging in two of my favorite pastimes, reading and perfume, in one place? Yes, please! I adore your writing style, and if you are not already a writer, you should be! Please continue posting here. And now I'm off to read more here. Where to start? How about the beginning?

Please do not drive on your drunken journey, Becky. That would be a lot for my conscience to take! Welcome, welcome, and thanks for the comment.

Wow - This was so perfectly stated and exactly how I've been feeling about this line for a while.

Truer words were never spoken. Still like Chinatown, though.

This. is. AWESOME. And this, my perfume-loving friends, is how to do a well-deserved takedown with taste and humor. Bravo!