By Hové: Three from New Orleans 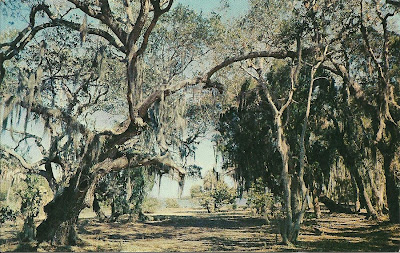 I'd been living in Memphis a good two decades, a hop and a skip away from New Orleans, and a couple of years into collecting all things perfume, before I learned about Hové Parfumeur. Located on Chartres St., in the French Quarter, Hové has been around a lot longer than I've been around here, let alone anywhere. The store opened for business in 1931, right after the worst stock market crash in history.

Opening a luxury perfume house during an economic depression seems like the kind of bold, if not foolish, move only the truly deluded would make, but like other forms of entertainment - movies, for instance - perfume offered a reasonable and useful distraction, if not relief, from overall financial duress. While it might have been tempting to view Hové's founder and perfumer, Mrs. Alvin Hovey-King, as a naive woman when her bright idea struck, it's now just as tempting to view her along the lines of a small-scale Coco Chanel, somewhat visionary in her understanding of the things which sustain people during hardship, priceless commodities for which they're willing to pay with what little money they have.

Her husband's investment business went the way of the crash. There must have been few other prospects. Opening a perfumery was a wild hair idea, maybe, but probably less ridiculous than doing nothing. The couple lived above the first shop, located on Royal Street. In 1938, the year that Commander Hovey died, the outfit moved to Toulouse. Again, Mrs. Hovey lived in an apartment above the store.

In 1961, the widowed Hovey, having survived her husband by over twenty years, passed away, leaving the brand to her daughter and granddaughter. Before its move to Chartres, Hové was moved to one other location. Since the death of its founder it has been passed along to several generations of the extended Hovey family. Currently, it's being run by the Wendels, husband and wife, who, like Mrs. Hovey, live above the shop.

Mrs. Hovey is said to have learned the craft of perfumery from her Creole French mother. There's very little about Hové online, other than the company's website, and I've been unable to find out who its "house" perfumer is now. Several of the fragrances - there are quite a few - are said to have been revived, suggesting reformulation. I still haven't made it over to the storefront, but friends have visited and, calling me on the phone from the counter, relayed their impressions based on what they imagined I would like. 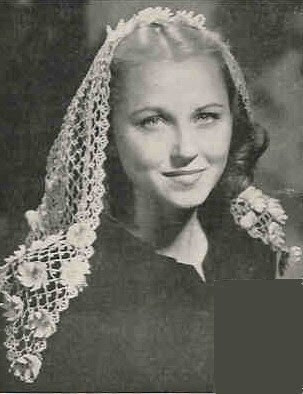 Hové sells parfum extrait and eau de cologne versions ranging in sizes from half ounce to four ounce splashes. A half ounce of extrait runs for 55 to 65 dollars, depending on the line. The smallest cologne comes in a 2 ounce atomizer and costs 31 or 37.

After our telephone conversation, a friend brought me back Vetiver, Fascinator, and Spanish Moss, the three I felt might be most up my alley, or at least as good a place as any to start. Of the three, I've smelled only the vetiver in both cologne and extrait formulations.

VETIVERT is the safest bet. It's one of the nicer vetivers I've smelled; strong - and persistent - enough to satisfy in either concentration. Hové's Vetivert is raw and peppery. Of the many vetivers I know, I'd say Encre Noire comes closest. As much as I love Encre Noire, I prefer Hové's version: it's rawer still. For all its earthiness, Encre Noire has an airy quality I wish would dig deeper. Even in cologne form, Hové's vetiver maintains the rooty opacity of the best vetiver oil. Despite this, it isn't a "thick" wear. It's just that it doesn't bat its eyes at you. It has none of the cheery bright reassurance of the present day Guerlain Vetiver. 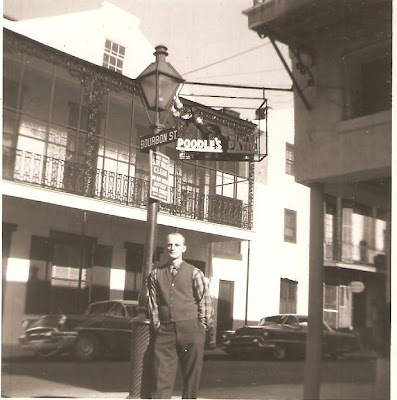 SPANISH MOSS is my second favorite. The subject of some debate in the few online reviews I've read, it is said to be either the perfect moss or nothing close. It smells plenty mossy to me. Hové's website doesn't list much by way of notes, but on one customer review they're listed as: Lilac, lemon, rose, orange blossom, osmanthus, orris, heliotrope, myrrh, and vanilla. That all sounds about right to me, and sniffing my wrist I get more than anything the heliotrope, vanilla, rose, and orange blossom. Why there isn't any moss in the formula, if in fact there isn't, is something you'd have to take up with the ghost of Mrs. Hovey, but like Nahema, a rose which is said to contain anything but, Spanish Moss conjures the impression of sweet, dry moss with a floral wind running through it. The extrait lasts respectably, with modest projection.

FASCINATOR, according to the Hové website, is a medley of musks and moss. It's an old school scent, to my nose somewhere along the chypre continuum - falling on the light side. Aspects of the fragrance remind me of 31 Rue Cambon, which isn't to say they smell alike; only that both get close to what I imagine people must mean when they talk about modern day chypres. In other words, they smell like the present with a distinct nod to the past. Fascinator smells best right out of the bottle, and I wish it would stay that way. It fades to a murmur too quickly for my taste. I picture the little pieces of drama it's named after, those vintage hats, and I want it to have more of their flair.

All three of these Hové scents, while wearable as modern perfumery, rather than mere curiosity pieces of the past, have a definite vintage vibe to them.

Hové doesn't seem to offer sample vials, so it's a bit of a crap shoot exploring the line. The packaging is fairly utilitarian. The bottles are simply labeled, with no particular frills to their silhouettes.  The company also sells soaps in some of the scents it produces. I've smelled vetiver, which was wonderful. I keep trying to find an excuse to get back to New Orleans so I can spend some serious time in the shop, but it hasn't worked out yet.
Posted by Brian at 9/07/2012 01:49:00 PM

Hi, Brian. I was just in New Orleans for my honeymoon, and of course we made trips to both Hové and Bourbon French perfumes. It was really neat to visit both and see the storefronts and be able to compare the vibe of the stores.

Hové does offer sample sets in store; you can choose a little set of 6 parfums or colognes. I went for the parfums.

Their line is kind of overwhelming in the store and it seems to be a bit hard to test on skin - you are encouraged to test on strips which have been dipped in the parfum, near as I can tell. They also sell soap and a bunch of ancillaries - they were running a special on scented powders when I was there and my husband encouraged me to get one and I am sort of regretting now that I didn't.

The scents I got in my set were Tea Olive, Diverti, Magnolia, Belle Chasse, Touché, and Spanish Moss. I don't want to give anything away, because I plan to write about them on my blog soon, but generally I share your basic impressions of the line: sort of a vintage feel. And I love the incredible Southernness of it.

We live sorta-kinda close to New Orleans - it's 9 hours - and we've vowed to go back there more often. Sort of make it our vacation place. Anyway, I'll try to get my impressions down on my blog soon.

Heya Gelatin! Thanks for the info. I'm curious to get over there. I forgot about the strips. My friend, talking to me on the phone from the shop, kept telling me they wouldn't put the tester bottles out or something and insisted on the strips.

You got a few I've been curious about, so I can't wait for your post.

I've been wearing Hove' perfumes since I was about 7! My favorite has always been Rue Royale, a dark, mossy chypre'. Their Vetivert and Tea Olive are wonderful, too. I've never tried Spanish Moss, now I have to seek it out! I do wish they had sample vials, I'd try and buy more often.

Really, Marla!? I'm going to have to go. I'm sort of dying now to get inside the store. I'm also really intrigued by Rue Royale, if that's your favorite. If you've been wearing Hove since seven thats got to be a reliable barometer. Do you recommend cologne or parfum?

Brian, I am very curious to know what your friend thought of Hove customer service. My personal experience was disappointing. In their defense, I cannot imagine the difficulty in dealing with New Orleans' 'general public'. We may have caught the staff on a particularly rough day. Anyway, I absolutely love, cherish, and relish the fragrance of a Sweet Olive bloom. (Osmanthus fragrans, tea olive) I decided to make a trip to New Orleans. The main goal of my journey was a stop at Hove to experience the Tea Olive fragrance. My hopes were so very high for Hove. I tried oils, candles & perfume from the limited number of places offering a Sweet Olive fragrance. Not a single one met my olfactory expectations. Hove really needed to be The One.
Sadly, the Tea Olive fragrance from Hove did not meet my olfactory expectations either. I'm sure my disappointment and exasperation was evident, though I remained vocally polite. The store associate was very insulted, and her disposition never recovered. It was so uncomfortable I felt the need to leave despite wanting to explore other fragrances and make a purchase from such a uniquely Southern perfumer.
So, that was my experience. How did your friend fare?

I didn't hear anything unfavorable in terms of service from my friend. We were talking on the phone as he was assisted so if anything I'm sure they would have something to say about us. The one thing he did say was that they did not allow you to spray the fragrances yourself. Rather, they sprayed test strips or already had them sitting out. This is usually an annoyance to me, mainly because a fragrance changes so much in its lifespan, but also because I don't want an intermediary in the ritual of smelling a fragrance for myself. It really ruins a big part of it for me.

Thanks for the reply! I agree with you on being able to enjoy a fragrance 'privately'.