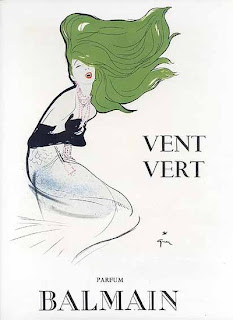 As I get older, I see how profoundly childhood impressions of certain places have influenced me, no matter how superficially unremarkable they might have seemed at the time. More than anywhere else, I think back to the fields of grass surrounding my grandmother’s house in Arkansas, especially this time of year

The small town she lived in was fairly green in general, a sort of parched, dusty hue wrought by drought. At some time, before I was born, the area was maintained primarily by older residents in a way which reflected the pride they took in the lives they’d created over the years. Their homes and cars and the way they dressed resisted the slack-jawed sweats and flip flop infringement of the contemporary world, reflecting the commitments they’d honored and the leisurely existence they’d earned for themselves through hard work.

The native soil is rocky so there wasn’t much planting and things were left to grow naturally. Understanding how things grow and working within those perimeters has always been the key to horticultural success there. My grandmother’s field had at one time penned a horse who worked as a sort of cost-efficient lawn care specialist and signaled a level of countrified affluence. Pictures of my mother as a small girl show her posed on the animal’s back. Somewhere in the center of the field had been a pond, the perimeter of which was lined with fir trees.


My grandparents had been ambitious. They helped settle the town, defining its look. My grandfather, a photographer, took pictures of the area and his wife, making both look glamorous and otherworldly. My grandfather lived in a fantasy of impulse and libido, and his photos reflected that, depicting the town as implausibly lush, one of those unlikely paradises popularized by the travel industry of the 1940s and -50s.

I don’t know how far from the truth these pictures were back then, but by the time I started visiting, things were going to seed. The pond was dried up, a crater surrounded by dying trees. The field was waist high with weeds. Once there’d been a white gravel garden filled with rose bushes out front. That was all long gone. Even the heat seemed some proof of the area’s overall decrepitude. My grandparents divorced before I was born, an ugly turn of events which rendered my grandmother permanently distrustful. Her experiences hardened her. Eventually, along with her property, her health went into decline. And yet, because of the old photos, I saw and experienced a very different place and person during my time there. I saw the burnt, brittle fields, felt the suffocation of the heat and the stagnant air of disappointment hanging over the place, but I superimposed a verdant green filter over everything. In my grandmother, I saw Hollywood glamour, something like a visiting dignitary.

I’m guessing that various sharp green fragrances appeal to me because they conjure those fabricated memories, sustaining a fantasy image of my grandmother in what I prefer to see as her indigenous environment. The moment I sniffed Givenchy III I knew it was the way the place depicted in this picture should smell. Chypres like Niki de Saint Phalle, YSL’s Y, and Jean-Louis Scherrer nail the herbal pungency underlying the smell of a freshly mown field, that almost buttery piquancy, slightly off, that you smell from Privet hedge in bloom.

In truth, no field smells quite like Scherrer or Saint Phalle. Scherrer lacks the grungy underside of the natural world it simulates: it smells the way a bag of cut grass might after being left in the sun all day, but with a boozy sweetness substituted for the rank pungency of decomposition. Niki has a gauziness to it which smells the way the silken structures of the Eastern Tent Caterpillar look in the trees along the West Arkansas highway. Sherrer is classified as a floral aldehyde, with notes of cassis, violet and hyacinth up top. These, along with the aldehydes, lend it a crystalline sense of dewiness. Without them it might be paper-dry, entirely too one-dimensional. The sum total is density, a convincing impression of moisture. The indolic note in the middle is probably from the gardenia accord; the peppery quality from carnation. Vetiver, moss, and civet provide a classic outdoorsy profile and make Scherrer, to my mind, more of a chypre than others consider it.

Niki has none of the dehydrated severity nor the indolic uncanny of Scherrer. Y is drier still, the scent of grass steeped in champagne. Sisley’s Eau du Soir is probably the freshest of these chypres. An early spring twilight to their late summer afternoon, its lawn is still wet from a recent rain, its garden decidedly herbal. Smelling these, I hear crickets and grasshoppers, the sound of truck wheels on gravel, a dog barking disconsolately up the road. They’re lonely, bittersweet smells, extending an almost too-sunny nothingness as far as you can see.
Posted by Abigail at 6/15/2008 01:29:00 PM