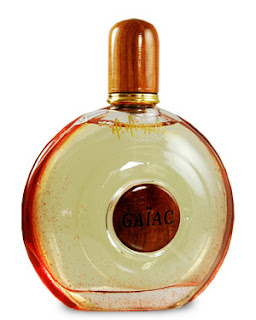 I go through phases.  With everything in my life, my perfume hobby has taken me on some fun and interesting trails.  This past year I seem to be entering a new phase which is quite the opposite of the last seven plus years.  Over the last seven years I’ve been constantly on the hunt and in a collecting frenzy.  Now I find myself wanting to reduce in order to dig in and enjoy my favorites.  I’m at a point where new releases don’t excite me, instead they annoy me.  I want to pare down my collection, to identify my top 25 or so and maintain a collection of that size.  I like the idea of approximately 25 bottles because this allows me to choose about 5 perfumes per season (5 for spring, 5 for summer and so on) with about 5 wild cards which aren’t seasonal but are my top favorites that I must have no matter what the weather.  A collection of this size allows me to actually wear my favorite scents, which is something I’ve been missing for quite some time.  So far, this “Collection of 25” is just an idea; one that I tinker with frequently, making  lists on napkins, tossing around in my head during nights of insomnia, weighing the pros and cons while driving in the car.   I’m getting close and think I might be able to achieve my Collection of 25 within the next year or so.  As of now, M. Micallef Gaiac is part of this collection, firmly entrenching itself in my fall/winter category.
I’m not a gaiac expert.  I’ve tried Le Labo Gaiac and don’t remember much about it (I think that fact probably says it all).  I’m pretty sure gaiac in perfumery is a tree resin and from what I’ve smelled it’s a resinous woody note. From my limited experience with the gaiac note, I don’t think it’s similar to oud/agarwood because it isn’t as precious nor is it as potent or medicinal smelling.  Forgive me for such limited research into what exactly gaiac is or what it specifically smells like; for the most important point in this post is to reveal how M. Micallef Gaiac might be just the perfect fragrance for those looking for a sweet rustic woody scent.
Micallef Gaiac is a mood scent. It’s an idealized memory of fall in New England.  It’s unquestionably cozy yet rustic chic.  It’s the sort of fragrance I long to wear in the fall and winter when I want something woody and softly sweet.   I have loads of fragrances in this sweet, woody, slightly gourmand genre. But after sniffing and testing and wearing so many, Micallef Gaiac comes out on top.
Micallef Gaiac smells like a bonfire of gingerbread wood, caramelized maple leaves, crisp autumn air tinged with cloves, and smoky vanillic skin.  Micallef Gaiac starts off sharper then it ends up.  The beginning is prominently wood and cloves but once it dries down it becomes all sorts of smoooooth creamy-woody-smoky goodness.  It only takes about 30 minutes for it to settle into the dry down stage on me, so it’s relatively linear; meaning it becomes the scent it will remain from about the 30 minute mark and holds this gorgeous aroma for at least the next 6 hours.  It isn’t a sillage monster, but it’s enough for me to smell on myself and it lasts close to the skin for a long time.  If I want more sillage I simply apply it in spades, probably around 6-8 sprays.  At the very beginning it may seem a little medicinal but I hardly even recall this aspect now that I only associate the scent with what it becomes.
I call Micallef Gaiac sweet, but it’s not really so sweet when compared with other sweet, woody fragrances.  It is miles less sweet than Dior Hypnotic Poison.  It’s a touch less sweet than Givenchy Organza Indecence.  It’s probably about the same level of sweetness as CB I Hate Perfume Burning Leaves.  In fact, it reminds me a little of CB’s Burning Leaves except that it’s woodier and lasts much, much longer.  M. Micallef Gaiac also reminds me slightly of Diptyque Eau Lente, mostly in aura, not its technical scent.  There’s also a similarity with the vanilla in Guerlain Tonka Imperiale, but I enjoy the rustic woody aspect of the Micallef more, and truth be told the Guerlain is about tonka bean/vanilla and not meant to be so woody.
I find M. Micallef Gaiac absolutely perfect when I’m in the mood for a sweet woody scent.  Over the years I’ve been impressed for short periods of time with many fragrances; which eventually fall out of my favor in some way.  M. Micallef Gaiac has only become better over time.  The dry down is nothing short of perfection and it doesn’t fall apart or turn into something inferior as the hours go past.   It is easily unisex.
Posted by Abigail at 10/26/2011 08:15:00 PM

... CBIHP Burning Leaves is LESS sweet than Organza Indecence, in your book?

So confused. BL was a big ol' mapley pancake for me, way sweeter than I wanted. And OI is all smoky-dry spice with vanilla beans about to catch on fire. Huh.

I've been wanting to pare down my collection, too. I have so darn many decants that many of them don't get any lurve at all.

Hi Abigail! I'm in a similar place - went crazy over the past few years discovering new scents and buying bottles. I'm now officially overwhelmed. It wouldn't be so bad, except that after the bottle frenzy, I discovered decants. I think I could pare down to 25 bottles...but what about those loved decants and tons of samples? Maybe mix one in a week? They'd probably disappear more quickly that way. I think it would be an interesting challenge to limit fumes like this. And I agree, I'm getting annoyed with all of the new releases. How can we possible keep up???

Hey Muse,
Well...at least in my memory CB was less sweet than GOI. I could be off since I didn't re-sniff everything before writing. I always loved GOI but found that it sweetened up on me over time. After a few hours it was a sweet cinnamon vanilla wood.

Karin,
Well, I didn't mention decants and samples because there's virtually no way to limit those! If I'm interested in something I'll be hard pressed not to try it. Samples/decants/splits would continue to be the only way I'd try something for a bit before deciding on a bottle. But, in future, I plan to be much slower and more deliberate about which bottles are adding to my "sparse" collection. I do think it's a riot that 25 bottles seems sparse!

Hey Muse, hey Abigail. I wonder. OI is pretty different in its older and newer formulations. The older is much more syrupy, much sweeter. The newer is basically bone dry. Makes a difference which one we're talking about.

Ha!!! No kidding re: 25 bottles seeming sparse. Too funny.

Re: decants, I'm learning not to purchase unsniffed. I keep thinking it's a deal to get 5 ml of an expensive new release at $15 or so, but then what happens when I end up not liking it??? It ends up in the swap pile, and $15 spent. Better to get samples...lesson learned (I hope - ha ha).

Gorgeous post, Abigail! I've said it before, but I just love the way you write - smooth, lyrical, genuine ... And now, I of course wanna try Gaiac! (I'm too a huge fan of CB's Burning Leaves). Just ordered a new decant of Wonderwood from Comme de Garcons - ever tried that?

p.s. Oh and I Hope you post your top 25 when you decide who makes the cut - I Love it when you & Brian do lists! They have springboarded many of my explorations and finest discoveries :)

Brian,
I've only ever had the older version, so now this makes sense, if the older version is sweeter. Interesting though that the newer reform is bone dry - that seems a step in the right direction (opposite of what reforms normally are!)

Zanne,
why thank you :)
and if you try it, I sure hope you love it!

I agree with Zanne regarding the posting of a list. I would be really interested to see what those 25 would be. I am pretty much always in the place of wanting to reduce, so seeing what you would reduce to if you could have 25 is something of a preview for me (i.e. an approach to reduction after my collection balloons beyond 25, as it is looking poised to do).

One thing that I've noticed so far is how few "reference" scents are on my list (none) and how few super-exclusive-expensive perfumes made the cut (well, Carnal Flower is definitely on it and maybe Amouage Lyric and Le Labo Aldehyde 44, but these are still "maybes").

When I'm brutally honest about selecting only those that I love to wear it's surprising how many just don't make the cut. Sometimes it's hard...for instance, I have a fondness for particular brands (such as Diptyque) but then find that they don't make the list...

There, there....I am nodding my head with approval at the Collection 25 idea (we tend to forget favourites when testing one after the other) and then bang, you go straight ahead and propose something I haven't tried yet...Sounds delicious.

Just tried the sample you sent me of this! For me, it's very close to Ormonde Jayne Woman, but a little sweeter, less green. Also reminds me of the drydown of YSL Nu. Good stuff.