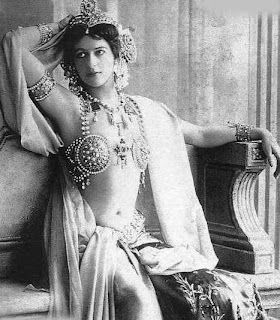 Some time in the last year, the Histoires de Parfums line, one of my favorites, reformulated several of their fragrances, which makes discussing them more than a little challenging now. Adding to the frustration, older and newer versions are often equally interesting, sometimes equally good, but for the most part entirely different perfumes. Reading about them online, one should always try to keep in mind the transition point and whether the fragrance at hand made the cut unchanged.

For my money, I'd start with Noir Patchouli (unchanged) and 1740 (also unchanged). Inspired by the Marquis de Sade, 1740 is unbelievably good. Though it seems slightly familiar at first sniff (as if it had been around for centuries), there's nothing remotely like it, not just in terms of smell but longevity, quality, and projection. At one time I believed Sonoma Scent Studio's Tabac Aurea to be very similar. They do have common motifs, but 1740 is darker and denser, and ultimately an entirely different beast. 1740 is a slightly woody tobacco and supple leather fragrance, one of the richest scents I own, and the best (i.e. most judicious) use of immortelle I've come across in a so-called masculine. Noir Patchouli is essentially a milked rose patchouli. No one ever mentions the rose--even the notes indicate only "floral bouquet"--but for me it's a fascinating update of fragrances like Aramis 900 and Aromatics Elixir, presided over by the feel of a unisex rose chypre.

1876 (Mata Hari) does list rose in its pyramid, but I smell less of it there than in Noir Patchouli. Regardless, I'd had my eye on 1876 for a long time. I'd received a sample pack from Histoires when I purchased 1740. All of the scents were nice--1969 being another standout--but 1876 attracted me most. The bottles are about 200 bucks: no more than the Chanel Exclusifs, but, at two ounces less, a lot more expensive than almost everything else. When an online merchant liquidated its old Histoires formulations, selling them dirt cheap, I bought a few, 1876 among them. The original version is a lot more openly fruity floral, with a weird off note I like very much, but it has nothing on the reformulation, which has some of the caustic, singed allure of Ava Luxe's now apparently discontinued Midnight Violet.

The notes of the newer 1876 vary depending where you look. I've seen: bergamot, orange, litchi, rose, iris, violet, caraway, cinnamon, carnation, vetiver, guaic wood, and sandalwood. But the notes listed on the bottle, surely the most reliable source, include cumin and white musks, and say nothing of violet. 1876 is a well blended fragrance, and picking out these individual elements isn't easy, but I do discern the carnation, the cinnamon, and a subtle interplay of orange and rose. Perhaps because of the carnation, 1876 reminds me of orientals like Opium and Cinnabar. Despite the orange and bergamot, it lacks the dense, dewy fruitiness of those classics.

It doesn't lack their forcefulness, and it won't be something anyone who dislikes that kind of bombast will find very appealing, I suspect. The charm of 1969's friendly succulence will not be lost on such a person, making that his go-to Histoires fragrance. Though I prefer 1876 and typically can't get enough bombast, I sometimes wish 1876 had the lasting power of 1740 and Noir Patchouli. For something named after showy, boastful Mata Hari, it starts whispering too soon, and I get impatient with it, wishing it would back up its initial come on. 1876 sticks around but becomes pretty mellow a little earlier than I'd like. You come over for a party and the only other person partying has brought out the bong and enjoyed it a lot more than makes for good company, zoning out there next to you.

I'm guessing that some of the fragrance's medicinal buzz is from the iris, but I could be wrong. This vaguely camphoric element places 1876 in a different arena than the orientals mentioned above, giving it heat, an ongoing frisson they lack. It's probably inevitable that this will start to resemble the candied sweetness of red hots on most people, given the cinnamon, but that isn't an entirely unwelcome development, contributing, along with the orange, just the faintest touch of the gourmand.

For those who don't know, Mata Hari was an exotic dancer of Dutch descent who pretended to be far more exotic, trading on a vogue for all things oriental by cultivating a fictitious past steeped in Asian culture and training. A contemporary of Isadora Duncan, she was known for her sequined costumes and a trademark routine which involved what seemed to amount to glorified striptease. Typically, her performances ended in rather ornate brassieres and jewel-dripping headdresses. She was a courtesan, mixing company with various military brass during the first world war. One of these men seems to have made her a spy in service of the Germans, though there's some debate about the veracity of that reputation. Some suspect she wasn't a spy at all; but a scapegoat. In any case, her sexual encounters made her privy to top secret information. Her name is synonymous with sexual intrigue and the term femme fatale. She was tried and executed by firing squad at the age of 41.

Floral but spicy, bold but soft, the sexy orient impostor 1876 manages to conjure associations which are perfectly in keeping with her mythos. Like Mata Hari herself (see above picture) it's a masculine disguised as a feminine.
Posted by Brian at 12/04/2009 06:10:00 PM

Your description of Noir Patchouli is fascinating. Aromatics Elixir is a very intense fragrance, which can sometimes make it hard to wear. I'm keen to try out Noir Patchouli as you describe it as an updated version of this classic.

Aromatics Elixir is a fragrance that I frequently wear. After reading your post I was keen to smell Aramis 900. Having smelt it today, I completely agree that Aromatics Elixir and Aramis 900 are like brother and sister fragrances exactly as you describe.

I had previously smelt Aramis had been a bit disappointed. But Aramis 900 is fabulous. I'm tempted to buy it for my husband so I'm still reminded of Aromatics Elixir on the days when I want to try something else.

Hey there, Signature Scent. I'm so glad I didn't lead you in the wrong direction. Smell is so subjective. It's odd about Aramis 900. I never would have thought it feminine, having smelled it on my dad in childhood, and yet Aromatics Elixir, which (to me, and know to you) smells very much like it and would never be considered masculine. I remember my dad putting on 900 in the morning. Getting ready for school, I could smell it all over the house. I hated school and was really miserable there, but this smell and starting the day off this way made me feel like I had a good, solid place to return, if only I could get through the hell which was class. There are so many great fragrances for men that interface nicely with allegedly feminine fragrances. Some of the green chypres very much resemble Eau Sauvage and its ilk. Orientals like Youth Dew and Cinnabar find analogs in Aramis JHL and Havana. Scent is so democratic.