Thoughts on Gift Giving for (and from) the Perfume Lover 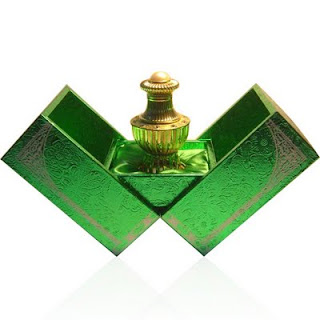 The worst part of Christmas for me--I'm just going to say it--is knowing I can't really buy people perfume and they can't really buy it for me, resulting in an enforced hiatus from something I really love.
There are maybe two or three friends I can gift with fragrance. They appreciate my choices and react with enthusiasm to the introduction of the unknown. Perfume is a special gift to them. They might only wear it once or twice a year. That makes it even more special. Everyone else makes very little distinction between a bottle of, say Chanel Coromandel and Ralph Lauren Glamorous. While perfectly happy with the gift, their eyes glaze over when I venture into anything deeper than a superficial back and forth about it. The gift is a conversation closer. This is something to shove in a cabinet. Where's the joy there? It's like you've given them a Snuggie. They're not even interested in taking it out of the box to see what distinguishes it from a garden variety throw.
Last night, my friend asked what I want for Christmas. What have I asked for? Well, I said, I hope people have the good sense to get me perfume. After a pitying laugh and a shake of the head, he said, "You're not getting any perfume, Brian." I know this but I asked him why anyway. You never get wine lovers wine, he said, because they know so much more about wine than you do that you're afraid you'll pick out something they wouldn't be caught dead drinking.
This is probably why I look forward to Abigail's present more than anyone else's. Abigail gives me the kind of gifts I wish I could give other people, knowing that I'll like whatever she sends and that she can't possibly send the wrong thing. We talk almost every day, and she listens. Gift-giving is about listening. I'm a little hard of hearing. I'm just being honest here. The problem is, I tend to tune people out when I'm not hearing anything about a personal passion, or one which provides a port of entry to the casual outsider. So I like wine and you know nothing about it. Okay. I can't drink wine without a glass. That's a start.
It's also about observation, which is a kind of listening too. When interested in giving someone perfume, I start a conversation with them. What do they wear? If they don't wear anything, then why? A lot of them used to wear things and stopped. I'm fascinated to find out what these were. Sometimes they assume these things aren't available anymore. They've never heard of perfumania, fragrancenet.com, Reirien or Luckyscent. They might be curious to try things but know nothing about them. They have no idea about decants, and The Posh Peasant might as well be the planet Mars. This means I can take them to Mars, which is pretty exciting.
When I visit their houses, I ask to see their perfumes. I can tell from seeing where they keep them and from looking at them how often they're worn and how much they're valued. People either respond to this kind of solicitation and engage with you, or they don't. At some point I know when not to waste my time on something which will ultimately be about as exciting to them as a blanket with arm holes in it. Some people know Mars must be there and are perfectly happy with its peripheral existence. When this is the case, I try to find out what else they're into. Surely everyone has a consuming interest.
I've learned a few key things from this process, the most interesting of which is that perfume is a conversation you have with other people. I didn't previously think about it that way, but it is. Perfume is communal. You wear it and others smell it and it creates a shared mood or interconnected states of mind. It opens a space for a discussion about memories, more often than not. The other thing I've learned is a related issue. Many people don't have a consuming interest which doesn't involve TV or the internet, not as a means to an end but the end itself. Which is to say: many people's interests are isolating, enforcing a certain level of separation.
I always like hearing those stories about people (usually guys) who gift their significant others with perfume. The best thing about this kind of gift is that it usually comes alive in a way many don't. My grandmother received Caron's Nuit de Noel when she was a young woman. My aunt remembers it sitting on her dresser in its mottled green, tasseled case. She remembers my grandmother wearing it on rare nights out. I have to assume her sisters and brothers made the same kind of heightened associations she did with the fragrance, that it became bound up in their memories of their mother. I'm guessing they looked forward to nights out, however subconsciously, because it meant their mother was most "herself". The smell of Nuit de Noel brought everything together--mother to father, sisters to brothers. That's some kind of gift.
Thought went into it. There was a strategy of connection there. I miss that during Christmas but I keep trying to create it, I think, hoping to find that appreciative recipient who really "gets" the giving and understands how to extend it and give it back.
Posted by Brian at 12/11/2009 09:44:00 AM

A lovely post! :) And so very true. I can imagine buying perfume only for my closest family whose taste I know (and is relatively easy to choose for them because they pretty much stick to the same theme) but everyone else is definitely not on the list.
And I do think everyone by now know not to buy me anything that didn't come specifically requested by me. :)
Btw, I think it's great how you try and learn someone's consuming passion - what I learned recently is that many people actually don't have any. :(

May I just say how much I enjoy your posts?

Thanks for reading--and posting!--Ines and Dain. I'm fascinated by the ways people do or don't store their fragrances. I find they're almost always somewhere private. I don't think I've ever seen them out in the open, unless you consider the bedroom out in the open. When I visit good friends I go straight to their perfume. I like to see what they've been wearing most, trying to judge by what's left in the bottles. Sometimes I ask them questions based on this.

Wonderful post! I long to buy people perfume but I know they won't be interested and probably won't wear it. And no-one can buy it for me unless they ask me what to buy, which seems wrong somehow.