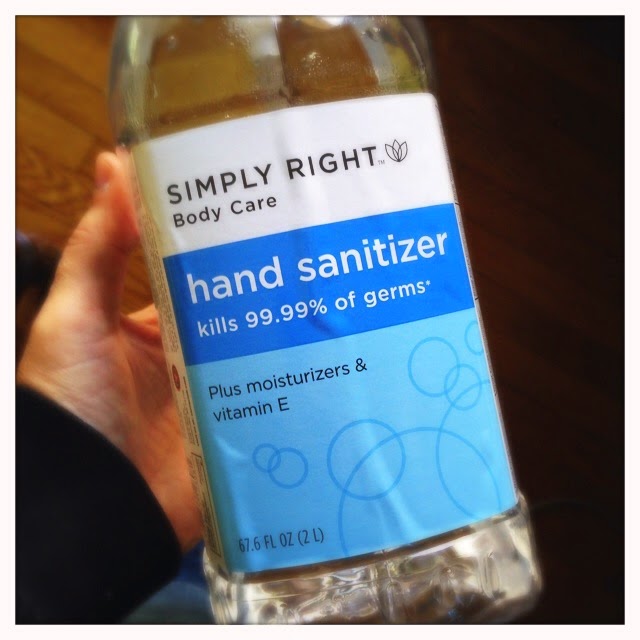 I work in an office with four other people. My nearest co-worker wears vanilla-centric florals: Burberry, Chanel Allure edp. She leaves to smoke and returns smelling of cigarettes and sheer vanilla. One other co-worker, who doesn't work near me in the building, tends to cough dramatically from the other room whenever I spray anything on. Out of annoyance if not courtesy, some time ago I stopped wearing much if anything to work. This means, for me, that I might spray the tiniest amount on the back of my hand, so discreetly that no one else without superhuman powers of smell would detect it.

She detects it. Friday, for instance, just as I was rubbing hand sanitizer over my palms, she poked her head in to tell me she liked the cologne I was wearing better than the other stuff I'd had on that week. To be fair, I'd sprayed on Boadicea Explorer several hours earlier, but not very much, according to my enforced custom. It doesn't take much at all to radiate a Boadicea fragrance throughout a large building, and I work in a small building; even so, the comment, this coded compliment half between praise and insult, occurred just as the smell of rubbing alcohol was at its most pungent.

I tried to decide at various points over the weekend whether the comment was any number of things: genuine, innocent, barbed, spiteful, underhanded. I didn't dwell on it, but I kept coming back to it, the way that a 9 to 5, however little it has to do with your inner life, spreads out into every available corner of your consciousness and takes root there, colonizing any sense of autonomy or self determination. That probably sounds dramatic, to those who don't work.

And in the resentful passive aggressive way you react to these imbalances and indignities, I entertained fantasies of atonement. I was glad, for instance, that I'd ordered a bottle of Etat Libre D'Orange Rien Incense Intense several days before. Knowing it was on the way, trotting along in some postal carrier's bag, felt like justice (in the form of armor) was imminent. Similarly, I thought of all the "colognes" I might wear that would create more barriers between me and others, keeping them at an impersonal remove.

Today I wore the tiniest spray of Lancome La Vie Est Belle L'Absolu; not for any particular reason, other than I wanted to smell it again. I'm sure she smells it, too. She might have an opinion about it or aversion to it. It's probably too strong. Was her comment a way of telling me that my fragrance in general, since it appears to tip on the disagreeable side of the scale, should be left at home?

Do I care? I keep trying to decide. I have decided, actually, but I wonder whether I'm being too immovable. I think it would be one thing if I were insensitive to the space of others. There are many scents I could wear to work, even tiny amounts of which would pierce the senses like a sharp knife: Giorgio, Poison, Paris, Serge Lutens Arabie, Tango, Rumba, et al. Out of courtesy I choose milder scents, and I spray the most minimal amount possible on my skin. To me, what this co-worker is saying is that because she doesn't like smell I should either pay attention to what doesn't seem to bother her and wear that, or wear nothing at all.

Laughed out loud when I read the title and saw the picture. I love the nihilistic attitude and how removed this is from the insular online perfumista world, how much about what it's actually like to to wear anything at all in 2014 it is. In the last couple years alone--and I don't think I'm imagining this, cause it goes along with the general political sentiment of the times, worshipful of all rules and regulations and feigned sensitivity--people have become virulently and vocally reactive with their exaggerated negative reactions to any and all perfume, even more so than they were five years ago. Grim times.

I like that I made you laugh. Yeah, how grim. Today I'm wearing L'Instant Extreme for men, barely any natch, on the back of my hand, finding I'm worried it will radiate. I remember getting into a car with a girl in high school and it being this intense hub of Giorgio. Neither of us worried. The car didn't explode. Only our minds. Memories.

I sympathise deeply. I worked in a small office and it was a daily battle with the odours of egg sandwich, halitosis and someone who over sprayed Coco Chanel in mid summer. It's heaven when someone just wears a little bit of a lovely perfume. I'm now self employed and wear around 4 perfumes a day, ha!

I am annoyed by all the negativity towards perfume. Yes, there are some people who are quite adversely affected by scents....but it truly seems to me that if someone "detects" a scent, it is automatically assumed to be dreadful. It's as if the ability to detect an aroma in the air therefore means it is "too strong" and should be shunned. Really? What can be so terribly wrong with wafting a pleasant aroma which is carried along in one's wake as they walk?

On the positive side of things, I have had many more compliments in the "You smell so nice" vein. Sharing a waft of beautiful scent should surely be a good thing that can brighten a moment between passing strangers, right?

I'd much rather smell my perfume, or that of someone else, than the noxious odors one encounters in the subway, on public transportation, in classrooms, and in restrooms (hehe). One need not "bathe" in perfume, but a judicious spritz or two should be fine. On a regular basis I ask friends and associates if they can smell my perfume. Most of the time they must come quite close in order to sniff whatever it is I am wearing that day. Surely that means it is not too intrusive? I'm going with that....

My spritzes have customarily been more than judicious at work. I spray one time, applying as little as possible. So the idea that I'm somehow wearing too much is a little ridiculous, and I think you're probably right, that if anyone can smell what you're wearing, at all, it's considered an offense. Meanwhile, they can contaminate your environment psychically and emotionally however they like, without regard for what this does to the shared environment. Their attitude can stink but your perfume must not smell, good or bad or otherwise.

The other day, leaving work, I overcompensated and sprayed on probably more Coco than I should have. I was standing in line at the store, behind a group of five young guys, and the store's climate really amplified the smell. The guys had been pretty loud and attention-hungry throughout the store, and continued to be in line. And one by one, they complained of something smelling awful, and left to wait outside. I think it's safe to say they were gay, judging by the way they were dressed and behaving and by my radar going off the charts. I'm always shocked when gay guys, who dress for maximum attention as these guys did (in this case, with midriff shirts and short shorts), take offense to a loud scent. And if it's bothering highly vocal people you can bet it's bothering everyone else.

I probably shouldn't have applied as much as I did. At the same time, it seems inconceivable to me that Coco would clear a building.

Brian, your comments about Coco go back to what I was trying to say about people who may merely detect a scent. Some people have a highly developed sense of smell and can smell scent on the air or on clothing rather like a bloodhound. But does this necessarily mean the scent is "bad"? I think that perfumes, by their very existence and producing a "smell", has now become the whipping boy for all scents in our environment. I think the ONLY time perfume can cause serious allergic reactions might be when it is first sprayed. People smelling it hours after I have applied it?? Nonsense!

Chanel Coco is a gorgeous scent. I am unconvinced that by merely detect its lovely aroma it would cause people to sicken. It has become the popular thing to do - to claim adverse reactions - to any number of things. However, I am utterly nauseated by personal body odor. Do I mention it when I smell it? No, of course not because that would be rude.

Offices in the 80's (the last time I worked in an office was 1990 or so) smelled great. You'd walk down the hall and catch drifts of Opium, No. 5, Cristalle, etc.I think the no-fragrance thing is an outcome of the anti-smoking movement, when suddenly everyone seemed "allergic" to tobacco , then to fragrance, then to anything they didn't like. Now, with the disappearance of civility, offices smell like industrial carpet glue and all sorts of god-knows-what's-in-it cleaning products -- but not perfume! Such an improvement.

Ha!
Well, you know what I think of this recent neurotic aversion to perfume. I agree, I'd rather fire the over-sensitive b*tch. ;-)

If I have to smell my fellow commuters and co-workers stale cigarette miasma, BO and halitosis, then I am by Goddess going to try and drown it in a couple of sprays of whatever I fancy (vintage Bal a Versailles today..)

If you wanted to be really bitchy you could douse yourself in Chanel Allure and see what she says. I wouldn't have the balls to do that though.

So disheartening. (Is that a word?) Gwyneth said all I would have said, and much more eloquently. I simply want to give you a fragrant hug.

I am very late to this blog but highly enjoyed it. My main negative reaction to any scent is at theatre, or even the movies, when some patrons feel they need to drown themselves in scent. The old saw: 'A gentleman's (or lady's) scent should not precede them into a room' springs to mind. Your co worker seems to be highly passive aggressive. That said I develop an instant and blinding headache whenever in close proximity to 'Chiara'. 'Diorsessence' hates me too. Rhodycats (Bernadette)

What's up with all the negativity towards perfume. Nice write up, Thanks for sharing your experience.

This reminds me of a former colleague of mine. Poor guy stopped wearing a perfume after a while.

Wear what you like, it smells like chemicals in there. Your contribution would improve the atmosphere immensely!

this is priveless.. lol that reminds me how we buy very expensive gift for toddler only to find them having fun with a stick, bag or whatever they put their hands on.