Notes From the Regionally Marginalized: On Satire 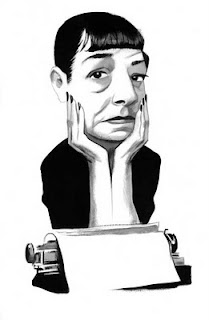 From good old Wikipedia, some thoughts on the misunderstandings wrought by the centuries-old practice of satire:

"Because satire often combines anger and humor it can be profoundly disturbing - because it is essentially ironic or sarcastic, it is often misunderstood. In an interview with Wikinews, Sean Mills, President of The Onion, said angry letters about their news parody always carried the same message. "It’s whatever affects that person," said Mills. "So it’s like, 'I love it when you make a joke about murder or rape, but if you talk about cancer, well my brother has cancer and that’s not funny to me.' Or someone else can say, 'Cancer’s hilarious, but don’t talk about rape because my cousin got raped.' Those are rather extreme examples, but if it affects somebody personally, they tend to be more sensitive about it.'
Common uncomprehending responses to satire include revulsion (accusations of poor taste, or that "it's just not funny" for instance), to the idea that the satirist actually does support the ideas, policies, or people he is attacking. For instance, at the time of its publication, many people misunderstood Swift’s purpose in "A Modest Proposal", assuming it to be a serious recommendation of economically motivated cannibalism. Again, some critics of Mark Twain see Huckleberry Finn as racist and offensive, missing the point that its author clearly intended it to be satire (racism being in fact only one of a number of Mark Twain's known concerns attacked in Huckleberry Finn). This same misconception was suffered by the main character of the 1960s British television comedy satire Till Death Us Do Part. The character of Alf Garnett (played by Warren Mitchell) was created to poke fun at the kind of narrow-minded, racist, little-Englander that Garnett represented. Instead, his character became a sort of anti-hero to people who actually agreed with his views.
The Australian satirical television comedy show The Chaser's War on Everything has suffered repeated attacks based on misconceived interpretations of the "target" of its attacks. The "Make a Realistic Wish Foundation" sketch (June 2009), which attacked in classical satiric fashion the heartlessness of people who are reluctant to donate to charities, was widely interpreted as an attack on the Make A Wish Foundation. Prime Minister of the time Kevin Rudd stated that The Chaser team "should hang their heads in shame". He went on to say that "I didn't see that but it's been described to me....But having a go at kids with a terminal illness is really beyond the pale, absolutely beyond the pale." Television station management suspended the show for two weeks and reduced the third season to eight episodes."
For further reading:

Dorothy Parker (for example: "She runs the gamut of emotions from A to B". See also: "If all the young ladies who attended the Yale prom were laid end to end, no one would be the least surprised." Can you imagine the letters Parker got for THAT from the letters of Yale alumni and...their wives?)

Gore Vidal (for example: "Andy Warhol is the only genius I've ever known with an IQ of 60." See also: "It is not enough to succeed. Others must fail." And: "Write something, even if it's just a suicide note.")

Stephen Colbert (for example: "Now we all know that Fidel Castro dressed up like Marilyn Monroe and gave JFK a case of syphilis so bad it eventually blew out the back of his head." See also his address to President Bush: "Look, folks, my point is that I don't believe this is a low point in this presidency. I believe it is just a lull before a comeback. I mean, it's like the movie Rocky. Alright?")

Trey Parker (for example: "We're the guys who, if someone says you really shouldn't do an episode making fun of Scientologists, we say, 'Whatever.' Someone says, 'They might come to try to burn your house down,' and we say, 'We'll just get another one.'" See also: "We find just as many things to rip on the left as the right. People on the far-right and the far-left are the exact same person to us.")

Lenny Bruce (for example: "Satire is tragedy plus time. You give it enough time, the public, the reviewers, will allow you to satirize it. Which is rather ridiculous when you think about it." See also: "Every day, people are straying away from the church and going back to God.")

Evelyn Waugh (for example: "He was gifted with the sly, sharp instinct for self-preservation that passes for wisdom among the rich." See also: "Instead of this absurd division into sexes they ought to class people as static and dynamic.")

Fran Lebowitz (for example: "Great people talk about ideas, average people talk about things, and small people talk about wine." See also: "Humility is no substitute for a good personality." And: "If you are of the opinion that the contemplation of suicide is sufficient evidence of a poetic nature, do not forget that actions speak louder than words.")

George Orwell (for example: "All animals are equal, but some animals are more equal than others." See also: "If liberty means anything at all, it means the right to tell people what they do not want to hear." And: "Language ought to be the joint creation of poets and manual workers.")

Oscar Wilde (for example: "Genius is born, not paid." See also: "The only thing that sustains one through life is the consciousness of the immense inferiority of everybody else, and this is a feeling I have always cultivated.")

Jonathan Swift (for example: "Satire is a sort of glass, wherein beholders do generally discover everybody's face but their own." See also: "Where I am not understood, it shall be concluded that something very useful and profound is crouched underneath.")

And who could forget Randy Newman (for example: "Short people have no reason to live." See also: "I love L.A.")

I love the Stephen Colbert ,considering some of the ideas the C.I.A had who knows what Cuban Intelligence might have come up with .

No doubt! The funniest part I guess is the fact that the conspiracy theories far outdo his parody in terms of sheer absurdity.

Thanks, Ms. Rachael. I noticed from your blog you like the heavier scents. My kind of lady.

Arpege! Arpege is like Absinthe to me. If you ever get a hankering for a blind buy online, look into Histoire d'Amour by Aubusson. I've smelled older formula and newer and they're pretty close.

It sits somewhere between Arpege, Youth Dew, and Amarige, with a strong thrust of Ylang Ylang in there. I bet it would be your style. It's one of my favorites and only costs a song.

I've seen it on a number of e-tailer sites, though it's always mislabeled as a floral. It's more of a woody chypre.

You might also like Balenciaga Rumba. Both of these last all day and feel almost narcotic in effect. To me anyway. Maybe you've tried them already?

Also, have you ever seen Dame Darcy's work? She does a comic called Meatcake which reminds me of vintage tattoo art.

Let us not forget Mark Twain, a wonderful American satirist. Or would you rather call him an ironist? He was so passionate about human rights, fairness, justice. But people misunderstood Huckleberry Finn and called it racist. I think a lot of Americans don't get irony.

Brian, thank you so much for the recommendations. I don't mind a blind online buy if it's endorsed by you! Thanks also for the Dame Darcy, wonderful stuff.

Apparently, many foreigners don't get *American* irony, cupcake, when filtered through google translate. My humor is splenetic enough in English. Imagine what google makes of it!