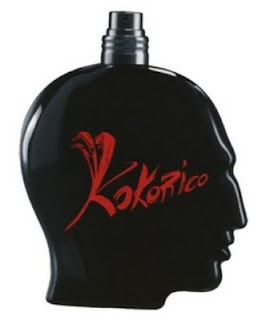 This week I received a package of vials from Olfacta including all kinds of essential oils and absolutes.  Most of them I'd never smelled isolated this way.  There were:  myrrh, frankincense, civet, labdanum, castoreum, tuberose, rose, jasmine.  Many others.  I couldn't help myself and poured many of them into a mix I'd made a few days earlier.  The vials still smell, thankfully, so I can use them as references, but my own oil smells MUCH much better now, too.  The oakmoss she sent was particularly rich.  I'd smelled oakmoss at various places but nothing remotely this aromatic and downright mossy.  It was practically chocolately.  I've visited a few distributor sites over the last several years, wondering if I should dip into mixing my own more zealously.  Having smelled these, and dumped them into the same pot so impulsively, I know that would be a pretty dangerous (i.e. expensive) move.  But I continue to fantasize about my own little lab.

I've been watching a lot of old movies lately.  Mostly Ingrid Bergman.  I got a DVD set of three films she made before Hollywood "discovered" her.  I can't even imagine a time anymore when someone could truly be discovered, imported, and shaped that way.  Everyone discovers everything at this point.  It's all there, circling around the internet.  We're all flies on the wall and know every room, every little pocket of the universe, it seems.  People, things and places have maybe lost that same kind of epiphanic sense of discovery.  Of course, Ingrid Bergman has a life before Hollywood claimed her.  Judging by these films, a very full one.  She had a distinct personality and the studio bosses seized on what was already there.  But no one had yet seen it on youtube and it must have been shocking to see her on screen, over here, for the first time.  Even I'm shocked a little, watching her in these films.  She's speaking a language I don't understand and yet I feel I get what she's saying, because her face and voice are so universally expressive.  She was so young - and had such maturity in her youth - that she seems like someone you would have no choice, given the opportunity, but to want to know all about her.

I went from watching these films to seeing the premiere episode of this season's True Blood, which by comparison seemed harsh, shrill, brassy, and infinitely sloppy.  So much thought went into presenting and showcasing Bergman.  I watched True Blood wanting something that focused, someone that brilliantly lit and felt, to appear.  No such luck.  There's really no star power in the show - judging by this episode, which is trying to be all things to all people and ends up feeling like a room full of gnats vying for your attention.  The show's version of the shock generated by seeing Bergman on screen was to suddenly make Tara a lesbian.  I don't know, the tawdry aspect of this show, once sort of a cheap thrill, feels a little morning after at this point.

Abigail told me she is adjusting to the sordid heat of her new environment.  She went from hot and dry to hot and humid, which is as some of you know a very different thing.  Everything seems too much to her, she said.  She puts on perfume and it's way too heavy, way too thick.  Cloying, maybe.  People say this about our weather but I get the opposite.  Everything feels insufferably sheer on me.  My friend Jack says my problem is I don't put nearly enough of anything on.  I'm the sprayer's version of a dabber.  But I do spray profusely and it's just...poof, all gone.  About the only things that really bloom on my skin this time of year are Norma Kamali Incense -which I discovered, after receiving Olfacta's vials, is as much Labdanum as frankincense (who knew these were so similar in so many ways?) - and Habanita, which is rich and robust in the winter but rises from the skin with the steamy quality of hot asphalt in the summer.

I'm looking forward to the new Gaultier.  Kokorico.  Yes to cocao.  Hit the like button.  Yes to the bottle, which is fantastically tacky and looks like one of those novelty lighters good-time smokers and cocktail party hosts used to sit out on the glass-topped coffee table, right next to the cigarette dispenser in the shape of a dog.  Press the button and the mouth drops out a Marlboro.  Big ceramic lobster ashtray nearby.  Yes to another Annick Menardo fragrance.  Here's hoping it's less the sugar overload of Lolita Lempicka, more the rich buttery gourmand of Hypnotic Poison and Kouros Body.  Yes to fig leaf, naturally.  But I worry about "woody", which often seems marketing shorthand for Meh.
Posted by Brian at 7/01/2011 09:54:00 AM

I'm a big fan of NK Incense, so I hit the "button" looking for other references and in the second article you state that you received NK a few months previous, but I guess it wasn't tagged because it didn't come up...do you know what month you wrote? I'd love to read it. Have you tried her signature scent which came out at the same time? It's just glorious, but my nose is not astute enough to decipher what's going on there...

Wow -- I could write a whole post here, so much great material! (Hey, maybe I will this week!) Glad you're enjoying the set, um, you didn't put all that civet in did you?

Hi Kym, Actually, I bought Incense a year ago this time, almost to the day. The review was here: http://ismellthereforeiam.blogspot.com/2010/07/from-mountaintop-norma-kamali-incense.html

I have the signature scent as well and love it. It reminds me a lot of Youth Dew. Does it you? The one thing that keeps me from wearing it all that much is that it's much more of an oil than a perfume. I bought the spray attachment when I got the perfume and put that on and it comes out in one solid stream when applied. I should really take the atomizer off and dab the stuff but I'm lazy and not sure where I'd put this oil covered thing.

From what I'm hearing, the NK scents aren't available now, or much harder to find. I would love to try the others. I stopped when I did (after Incense and Signature) because those were rather expensive, and huge, and because I couldn't imagine anything coming anywhere near Incense, which remains my single favorite incense fragrance and is everything I need and want in a fragrance in general. That doesn't stop me from buying every other perfume my imagination seizes upon, naturally.

Olfacta, I didn't dump the civet! The mix I'd made had way too much coriander in it, which at that dosage blocks almost everything out, but the labdanum, castoreum, myrrh and frankincense really rounded it off nicely. I am so in trouble. I know where this little experiment is headed. More damage to my pocketbook.

Brian - I'll have to compare Youth Drew and NK Signature, I never made the association before. I bought these on my first business trip to NY many years ago at the NK shop. I wore them for a short period, but they were a little too strong for the office, so I tucked them away. Years later, I found they had evaporated! So last summer I got them at Beauty Habit. When I was in NY last summer, I visited the NK store and they told me that Incense and Signature are being discontinued (so glad I made the "investment"). You can still get her other frags from the store. Their website is a mess, so give them a call...

Yeah, my pocketbook is in shreds now. But the inside of it sure smells nice!

ugh Incense is discontinued? Now there's going to be this big gaping hole in my life since I never had a full bottle of it. It's not at beautyhabit anymore and it was there literally 2 months ago but I didn't buy it because it was so damn expensive. And you can't find it ANYWHERE!