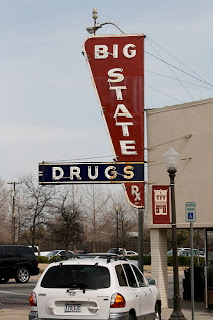 It's been a strange, eventful year.  I haven't always had time to write.  I haven't usually, I should say.  And in many ways my feelings about blogging have shifted; whether or not permanently, I don't know.  I started out with a real joy for blogging here, and a genuine enthusiasm for the things I was learning, not just on the shelf but from other bloggers.  The last two years, especially, brought quite a shift.  What seemed like a big happy family showed signs of strain and competitiveness I'd never noticed before, and after ranting about it for a while (some called it ranting, I called it satire, meaning I felt it was worth writing about, and poking fun seemed hopeful, indicating things could change) I went quiet.

I also got very busy.  Andy Tauer and I started working on the Tableau de Parfums line more than a year ago, but all of our behind the scenes efforts were made public in 2011, and that involved more work.  I enjoyed that work, and continue to, but it's given me less time to write and a very different perspective.  I was less interested in what was going on outside my workspace, because my desk was so full, and felt too that I Smell shouldn't simply be used as a broken record voice box for my pursuits and adventures or even setbacks with Tableau.

At the same time, several months ago, I started to worry that my enthusiasm for perfume in general was gone for good.  I'm happy to say that it's not.  At least I think not.  Yesterday, driving back from rural Mississippi, I spotted an independent, mom/pop drugstore I'd never seen before.  I got excited, knowing they'd probably have perfume, and that among their inventory might possibly be older bottles.  You won't necessarily be thrilled by what I walked out with - old version Cinnabar and Anais Anais, and a bottle of Bill Blass Hot - but here's the thing: I realized that we don't need to be excited by the same things.  Being excited at all, still having that capacity, is good enough for me.

It's an important distinction for me, because as I say, for whatever reason, I haven't been excited about mainstream or even niche perfumery in quite a while.  And I've been bummed out about that.  Walking into that drugstore and discovering those surprises reminds me that the fragrance industry, and even the fragrance community, however that's defined, aren't the reasons I'm into perfume, nor are they my sole outlets in pursuing this interest.

Most of my year was spent with my old favorites.  I found myself seeing them in new ways, enjoying them into different seasons, noticing how they changed in different climates or with a shift of personal perspective.  It's nothing thrilling, probably, to write yet again about Chanel Coco, when I've written about it before, particularly when the Chanel talking points are Beige and Jersey (if ever two words summed up the state of the industry...).  Yet I kept seeing Coco and so many other old favorites in new light.  They kept feeling new to me.

This year more than any other so far made me feel it was pointless to talk about even these old favorites, even were I to find something new about them, because reformulations are so frequently conducted at this point that to talk about one version only is some sort of mistruth.

The barometer is gone, or at least I have trouble figuring out how to find one in my conversation.  This was illuminated pretty baldly for me during a trip to Chicago several months ago.  Oh how they were stirring and shaking and spinning in the Lush department at Macy's.  Such a commotion.  You'd think perfume had been created a year ago.  It was scary but touching, somehow.  Yet beyond Lush, a ghost town.  I wandered the counters of Macy's without ever seeing a sales associate.  And why should they be there?  Smelling the perfumes only confirmed for me that there was nothing really to talk about anyway; certainly nothing to explain.

The Estee Lauder counter was represented, but all the juices in the tester bottles looked different.  Even Private Collection, usually rich gold in color, was pale, like somebody had refilled it with water.  The perfumes I love and recognize instantly smelled only generally like themselves.  Though I knew that Estee Lauder, like everyone else, practices reformulation as a matter of routine, I'd foolishly held them up as some basically unchanging entity in a sea of otherwise constantly shifting marketplace priorities.  The versions I smelled of Cinnabar, Beautiful, Azuree, and Youth Dew there at Macy's made it clear that Lauder has as much contempt for me as any other manufacturer.  Which is why this old bottle of Cinnabar in a forgotten drugstore was such a visceral thrill.

Another key factor in my relationship to perfume in 2011 had to do with watching perfumers work.  seeing Andy Tauer in action, how much care and concern and imagination he puts into what he does, set a high bar for me.  I felt the same about Olfacta, who sent me a wonderful fougere she'd been working on for a while.  These insights and experiences were so personal and meaningful that they inevitably spoiled me when it came to perfume packaged impersonally and without much imagination beyond their heartfelt labs.

What I wish for everyone in 2012 is probably perspective.  My trip yesterday to the drugstore reminded me how important it is, and how hard to come by.  People are still out there doing wonderful things, truly unique, meaningful things.  The ubiquitous reach of mass media and online outlets lead us to believe that we know every corner, deadening our perspectives.  I'm telling you: I believe these little proverbial drugstores of surprise are out there in the world, waiting for us to discover them when we least expect it.
Posted by Brian at 1/03/2012 03:41:00 PM

I knew as soon as I began to read this post that it was your voice, Brian. Abigail has kept me coming back to I Smell Therefore I Am but at the same time, I have missed you. Perspective is a great word and I'll meditate some more on what it means in my life. Meantime, here is a good quotation about it: "Everything we hear is an opinion, not a fact. Everything we see is a perspective, not the truth." ~Marcus Aurelius

The barometer may be gone but your compass appears to work just fine. ;-)

Brian would LOVE to know where this old drugstore is. (I'm in Mobile, AL) Whenever I'm someplace new I'm looking for those old shops that may not replenish old stock very often. It's finds like this that give you the thrill to keep sniffing!!!

I've only recently found this blog in the last few months and this post is an honest, refreshing reminder. Thanks for reminding me why I like perfume, and also, to reaffirm why I want to be in this industry in the first place. I hope 2012 is a good year for you and you feel encouraged to seek out all that you want and need.

Being in a period of assimilation myself, sorting through an excess of information about perfumes and perfumery, some of it rather tiresome and deadening, I just love your image of the out-of-the-way drugstore full of surprises. I can almost smell the vintage Cinnabar.

In the past year experiencing your writing and your movies has been for me sort of like visiting a virtual version of the drugstore you describe. I've found myself remembering things I'd almost forgotten and taking quite a bit of pleasure in those memories. Thanks for that! I quite selfishly hope that in this new year blogging will continue among your other various, very interesting endeavors.

I echo what Kathryn said. Thanks for posting this, Brian.

Words from my own heart and brain, as usual. Happy New Year Brian!