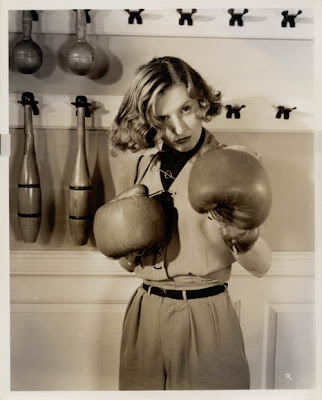 There are those who despise Thierry Mugler's wildly successful Angel so much that they appraise its many flankers solely by their ability to mitigate that contempt. Others - I'm one of them - look forward to each successive October, when the best of these special flankers are typically released, not as another opportunity to hate the fragrance more or less, but as another form of Christmas, where Angel will be slightly reinvented, seen through yet another conceptual prism.

This year, the flankers to Angel, Alien, A*Men, and Womanity, collectively called Les Parfums de Cuir, are truly gifts that keep giving. There are many things to admire about the Mugler line, not least of which is its packaging, a big part of its gifts to give. With the exception of Womanity, arguably a misstep in the direction of excessive ornamentation, the bottles have been endlessly entertaining, if not exactly practical - interesting not just as vessels but as objets d'art. Unlike most flankers, and despite the expectations imposed on these new fragrances by detractors of the original fragrances, those produced by Mugler don't seem too preoccupied with "improvement". Again, with the exception of Womanity, which has not quite been the hot cake that Angel and Alien have been, there's nothing, from a sales point of view, to improve. These aren't apologias.

With Mugler, a flanker often brings the best of both worlds - a wonderful new fragrance not too terribly removed from the one you love, reenacting the crush all over again. The Liqueur versions from 2009 were my favorites so far. For me, Angel Liqueur is even better than the original, while Alien is a deeper, richer more of same, forcing me to look at the Alien I fell in love with in a different way. A*Men Pure Coffee was fantastic, and Pure Malt was beyond that, and the only real bummer for me has been Pure Havane, which smelled on me a little too much like death by vinyl, side of maraschino cherry.

There are Mugler fragrances I practically ignore, like most of the summertime flankers, all of them single-mindedly bent on balancing toothpaste with caramel, and while I admired last year's Taste of Fragrance editions, I never felt, no matter how hard I tried, that I neeeeeded them. The whole Innocent range seems superfluous to me, unless you simply must have a Mugler and can't stomach anything more interesting the line has to offer. But those Liqueur versions. Those were really something - so good that each September I start thinking obsessively about what the brand will come up with next.

I'm not as crazy about the leather Angel as I am about her liqueur kin, but I don't like it too much less. Certainly enough to buy it. If it's good enough to bring the guys at Peredepierre out of semi-retirement, you know it must be pretty decent. Peredepierre described an apricot quality to leather Angel that puts it somewhere near Daim Blond. I do get peach, but not with anything like the brightness of that Lutens suede. This is definitely leather for me, not suede, dark brown in color, and the sweetness of most Angel versions, including the original, is tempered here. Liqueur Angel smells recognizably of Angel throughout. Leather Angel doesn't always or often remind me of any Angel I've smelled. If I had to find a correlate I would look to Cuir de Lancome or Heeley Cuir Pleine Fleur. Leather Angel, unlike Cuir Pleine Fleur, isn't quite barnyard-adjacent, but not so far away the wind doesn't catch up with it. As for Cuir de Lancome, what I think it shares with leather Angel is a rich, creamy leather feel, with none of the arch sharpness involved in, say, Knize Ten or Chanel Cuir de Russie.

It's most recognizable as "Angel" up top. Once it dries down to the leather, which is not skanky but plush (more leather bag or seat than saddle), it becomes something almost entirely new for me. The marketing says these flankers were marinated in leather. I can't answer to that, though I find it hard to believe. Still, smelling leather Angel, this is an apt image, and as far as PR talk goes, I'll take this kind of snake oil over the stuff Dior's writing, bottling, and peddling any day. Leather Angel, like the other two "feminines", is housed in a great bottle, which is housed in a great little leather bag, which is all kind of the icing on the cake for what turns out to be a refreshingly gratifying fragrance. By dry down, you have, for once, or a change, a contemporary mainstream fragrance which not only promises but delivers the leather, with a punch. This is truly a successful conceptual exercise, wrapping Angel in layers of rich leather, and the measure of that success is how good it smells.
Posted by Brian at 10/03/2012 04:40:00 PM

I need to get my ass to Nordstrom.

I know. Sigh indeed. My wallet was lighter when I left, and would have been air, I fear, had A*Men been in stock. I've heard it's the best of the lot.

I'm drooling and at the same time kicking myself for not getting that bottle of Pure Malt.

Funny how the a*men flankers are three times the size of the others. They do last and last.

Holy shit, Cuir de Lancome? You just managed to double my interest in these, which was already through the roof.

To me it's an interesting mash up of angel and cuir de Lancôme. Minus the sort of violet-medicinal bent of cuir, replaced with a subtle apricot. Very nice.

That sounds AMAZE. I love an apricot note, and osmanthus fragrances usually screw it up for me.

Me too. Btw, another Mugler, alien essence absolue, is out of this world good.

I want more of the crazy flankers in my life. I don't really wear Angel in public because it's so recognizable/despised, but I'd happily wear a twisted Angel. I bought a bottle of the Ambre d'Or version of Alien this summer and wore it a ton.

I love that picture by the way. It looks like Ludivine Sagnier!

Oh wow, you're right! It does. I think it's Barbara Stanwyck but it looks weirdly modern. I did like Ambre d'Or a lot. But man, this Absolue is the bomb. Worth every penny in my immodest opinion.

Dusan, I have totally given up on what goes through the average male mind. But I suspect you're right: as popular as it seems to be, A*Men ain't for average tastes. And make that 88 bucks! Ouch, but worth it.

I'm one of those who has trouble with Angel Original Flava - it's just too big for me to wear comfortably! I feel it's wearing me, instead. And that it's saying something about me behind my back. ;-)
But this flanker, I like. (I agree, it's Cuir de Lancome-adjacent. With maybe a touch more Cuir). I bought it on impulse after one spray, and I haven't regretted it yet.
Also, I love the bottle and the leather bag. I agree, their packaging is good. I think Womanity is a little OTT, but I still have a soft spot for that chain...

Hmmm. Alien. Another I've never got along with. But I tried the leather version, and liked it a lot more than the original, which I find too metallic. (Sounds like I should try the Absolue, too).

You know, I find I'm liking the flankers a little more than the original each day, despite myself. I feel like the original has maybe...changed?

I'll probably have to review the Absolue. Comparing it side by side to original alien is pretty useful. I think people who like and dislike the original would like the Absolue. It removes something without ruining the vibe, and replaces whatever that is with more good stuff, if that makes sense.

I have a soft spot for the ott chain too. Womanity is a little like the movie Showgirls. Way too much but lovably gauche.

You've heard the leather A*Men is the best, really? I was let down by it; the leather comes off totally plasticky and industrial to me (and not in that oddly pleasant Bulgari Black way), and is noticeable for only about a quarter of the fragrance's lifespan. After that it's plain ol' A*Men, maybe a smidge less sweet. A near miss for me. Still itching to try the Angel, though.

Yes, I'd be interested to read your review of the Absolue, if you have time to write one. And that sentence does make sense, in fact I think it's a brief for a good flanker!
You know, I don't really see why Womanity is so derided. I think it smells delicious and moreish, without being actually foody. And it's certainly original. Plus, a bottle which looks like Fritz Lang's Metropolis threw up on it. What's not to love? ;-)

Yes, I had heard that. Persolaise posted a review of all four leathers, calling A*Men the best by far.

I've since smelled it, and I'm not sure yet what I think. Initially, disappointment is inevitable. It doesn't veer too drastically far from the original, and so there aren't the distinct differences you got with Pure Malt and Pure Havane.

I would say it's closer to Pure Coffee, which to me, though people loved it, was so close to the original I found myself living without it.

I spent some time - too much, probably - watching youtube reviews of the Leather A*Men, and the word there was mixed. Some said it's A*Men without the tar note. Others said the tar is there. Almost all said the leather disappointed.

Then there's Persolaise, who smells all kinds of Animalic in it, with a picture of infamously rank Jim Morrison to drive home the claim. When I hear animalic I expect certain things, so my expectations might have been unreasonably high.

I like Leather A*Men. It's a more subtle scent. Comparing side by side to the original I see similarities, and it's easy enough to dismiss Leather as a carbon copy with a few subtractions, but a few subtractions don't a carbon copy make, for me. I appreciate an interesting dusty quality to Leather. That isn't found in the original, which feels downright succulent in comparison.

It's a subtler fragrance on me, and I don't love subtle as a rule, but there's something I really love about this flanker that I haven't loved about the others. It's too early to say what that is or whether it will prevail.

I don't get anything synthetic in the fragrance - no more than I do in 99% of contemporary fragrances. But I expect fragrances to be synthetic. It's a synthetic art in a lot of ways, so I'm not apt to single "synthetic" out. I don't get plastic either. I DID get plastic in Havane, which seemed more like Pure Naugahyde to me. Sweetened Naugahyde, for sure, but salted, sweet, or pickled, Naugahyde doesn't seem to float my boat.

Yes, Tania! Metropolis vomit. I'll try to review the Absolue. It's a lot more vanillic than the original, and that kind of roasted jasmine quality is there but much muted. I like the roasted jasmine over nuts thing, but Absolue has other things going on I like. The bottle is the best in the line I think.

More vanillic? I think I need to try that. The 'roasted jasmine' bit is what I have trouble with in the original, on my skin it reads harsh.
I googled the bottle, it is indeed a nice one. It looks like an alien artifact Captain Jack Harkness keeps in his safe at Torchwood, to make sure nobody misuses it.... :-)

Yeah it's something. It feels great in the hand and sort of simultaneously ancient and futuristic.