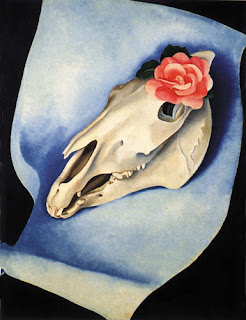 I haven't written for awhile and here I am with some random thoughts (seems cheap, eh?!)

I have all sorts of new perfumes rolling around in my head. I haven't come to the point of reviewing any of these yet but here are some initial impressions -
Montale Chypre Vanille: LOVE it
Theo Fennell edp: Hate it, not worthy of hoopla. The bottle isn't even all that.
Juliet Has a Gun Calamity J: It's OK. I can't smell much of anything.
Strange Invisible Perfumes Fire & Cream: I think I might be falling for this, not sure yet.
Van Cleef & Arpels Bois d'Iris: smells like toner, you know, from a printer or photocopy machine.
Prada L'eau de Ambree: it's nice enough.
Maitre Parfumeur et Gantier Ambre Precieux: can you believe I am just getting a bottle of this now? I LOVE it.

I saw a really cute 'girl power' movie about 1 week ago, called Whip It starring Ellen Page, Kristen Wiig, Juliette Lewis and Drew Barrymore (also this is Drew's directorial debut). I imagined it would be ultra-daft but it was actually quite entertaining. I wish Juliette Lewis would be in more movies and Ellen Page is great.

I also saw It's Complicated with Meryl Streep and Alec Baldwin. I thought it was lame. Even Meryl wasn't good.

I can't wait to try the new Annick Goutal: Ninfeo Mio. In fact, now that I've been 'spraying myself wet' I'm enamored with more Goutals than I previously realized. I know Goutal seems boring to many Scent Junkies but the line is so beautiful, high quality and are occasionally edgy. Even though I've always liked Un Matin d'Orage, it's growing on me and might get loads of wear this coming summer. And Ambre Fetiche has been a favorite for awhile now as well as Encens Flamboyant which is a gorgeous incense with a touch of sweet.

American Idol is back. I miss Paula. I could barely manage looking at Victoria Beckham the other day - she annoys me terribly - I want her to eat and to smile. I like Ellen D. but worry she'll try to be a comedian instead of a judge.

I was gifted Fracas solid perfume and I'm in heaven. Fracas in solid is less obnoxious (though I do love the edp nonetheless) but it's very close to the scent of the edp. Solid perfumes seem so luxurious and special. This might be a new thing for me.

Did you see Nathan's review of Alahine?! I am SO HAPPY he loves it. His photos... I am speechless over his photos. Well, I'm not speechless, but rather doubt you want to read about me raving like a lunatic here.

Beverage of the week: Diet Dr. Pepper. Nobody likes this stuff 'cept me. Oddly it's really popular here in New Mexico. You see it everywhere, even at the fountain drink stations at fast food chains.

Sandwich of the week: Well, this isn't a sandwich, but, it's really yummy. Trust me because it's sounds awful. Toast a whole wheat english muffin and spread lightly with butter, then spread marmalade on one side and small curd cottage cheese on the other.
Posted by Abigail at 1/13/2010 11:55:00 PM

I discovered Vero Profumo, and swooned. (Seriously love Onda and Rubj, find Kiki a little sweet, and am working on it)

Then, I tried to wow my best friends with it, and as I rolled the perfume on them, they both started sneezing violently, and their eyes running. I was mortified, and had to sprint for Benadryl. (after which, one of my friends fell asleep on my couch).

So, it was perfume heaven and hell, all rolled into one.

NOW I get why the world has turned to faint, barely-there light wisps of scent. *sigh*

Still no excuse for the IFRA "guidelines" gutting the perfume industry though.

Speaking of which, someone posted a list on basenotes this past November of reformulated fragrances, and La Chasse Aux Papillons is on it. Can't get any info as to when it was done though (and which ingredient(s), although it is supposed to be IFRA related). I suspect it was around 2005, the time of the bottle change. I keep sniffing my old bottle (with 3 or 4 drops in it), and it is the fragrance I LOVE, and my brand new bottle, and I smell NOTHING. This is torture, Abigail, pure torture!

How do I find an old bottle (or bottles) of La Chasse Aux Papillons?? (can't post a request on basenotes for some reason)

Oh, I also got a sample of Terre d'Hermes and tried that this week... apart from the opening notes of orange peel, which reappear as citrus notes every once in a while, I get NOTHING. NOTHING. I seem to be anosmatic in the face of certain engineered scent molecules. (has happened to me before with Ellena's work -- i.e., Eau Parfumée au Thé Vert).

Do you know anything about this, has anyone written about this anywhere? Haven't unearthed any articles myself... maybe it is my own personal scent-quirk?

Diet Dr. Pepper is also very popular in my area (SW Va). It does actually taste less "diety" and more like the Real Deal.

Must go check out NB's Alahine review. Love my Xmas bottle. I'm sending out samples of this to my swap friends right and left, especially the ones that already love 31 RC and Attrape-Coeur since I see some congruence with Alahine.

BTW, I rediscovered the Norma Kamali original fragrances, perfume and incense, in my closet and I'm in love again. What do you think of them??

Hey Monika, Thought I'd pipe in, because I've had the exact same experience with Terre and several other Elena fragrances. I've always wondered what aromachemical gives me that reaction. My nose is blind to it. I like Terre but it lasts all of five seconds on me. The rest is there but not there. I read reviews which talk about longevity, even tenacity, and I scratch my head.

Foodie, I've been tempted several times--okay, like ten--to purchase those two kamali fragrances. Can you describe them a little?

•We diverge! Bois D'Iris is a pleasant enough iris for me, not rocking, but not toner, either.
•MPG! Are they really going away?? I have a slew of carded samps I picked up a while back, and I still don't know what I'd consider FB worthy. Oh, dear. Oh, well.

We diverge again! While I saw the slow/awkward moments in "It's Complicated," I'm glad I went. Maybe it's an age thing...but you know, I LOL'ed a lot more in that than I did at, say, Meet the Fockers. The awkward patches felt like they were either poorly directed or poorly edited, or both...but it did hurt to see them. Like seeing an idol with spinach in their teeth. BUT...still, overall, I'd say it's a go see. Especially with a date.

Oh, Idol is back? Waiting for the opening weeks to be done so I can start looking.

My beverage? Gosling's Ginger Beer. What you need for a Dark & Stormy, but delish on its own.

Fracas solid. Mine will last...until I give it away. Weird that I can do Amarige, or a whomp like Dior Lily...but something about Fracas says "no" on/to me. But I keep it around to see if perhaps my taste will ever change. Like, say...liking "It's Complicated." :)

Monika,
I need to try the Vero Profumo line. Everyone is swooning. I was taken aback by the price, but then I try other expensive things, so I best get to it :-)

Hah! Cute story about your friend - sneezing, benadryl and falling asleep on the couch. That stuff makes me drowsy, too.

That really really sucks about La Chasse. Gosh, the only thing I can think of is calling around to shops who sell it and asking if they have any old stock. L'Artisan is a good seller so I sort of doubt you'll find any but never say never. Also, if it were me, and I was devastated about losing one of my faves, I'd call L'Artisan directly and ask about old stock...they should help you...you are a customer of theirs... The bottle of La Chasse I have is from approximately 2007. I also have the Extreme which I've come to realize I hate. I don't understand why one would add pepper to such a delicate beauty. This reminds me: I need to revise my review of LCaP Extreme now that I can't stand it.

re: getting NOTHING from Terre d'Hermes. I can smell it but it lasts about 15-20 mins on me. The one that truly perplexed me and smelled of absolutely zero, zilch, nada was Eau de Gentiane Blanche. It seemed a joke. It had less scent than water. Two more that I can't smell are Calamity J and Costes No. 2.

Foodie,
I take that back, NYC loves Diet Dr. P! I'm embarrassed to admit I don't have any Norma Kamali. ((sigh)) my list of must try perfumes is perpetually the length of a limousine.

ScentScelf,
Goslings Ginger Beer - sounds delish.
((ugh)) It's Complicated just tortured me. Most people that I know who have seen it, loved it. I've said it before: maybe I'm just a contrarian. I love Meryl and even like Alec much of the time. I didn't like Meet the Fockers, either. I was over Ben Stiller a long time ago. I still like his Dad, though.

PS: It can't be a generation thing, I'm not young!

I like diet Dr Pepper, too. I only wish we got it over here. I've looked, but I can only find the full-fat version.

I'm spraying myself wet now, too! (Even though it does sound a bit dirty... ;-)) I find I'm enjoying my collection more that way. It's possible I'm bothering the sneezy types with my extra sillage, but what the hell!

I have a Fracas solid, I love it. Unlike most solids, I find it wafts pretty well, but not as much as the edp obviously. It's so cute, too. But be careful with collecting solids - I've found they can turn faster than liquids. Something about the base used, I guess. I had to throw out a couple of CdG solids recently, they smelled like rancid old face cream. So spread that Fracas on like it's going out of style! ;-)

Spurred by all the Alahine love going on, I recently dug out my sample. Well, I'm not there yet, but I'll keep trying. I normally love amber scents, so in theory it's my kind of thing.

I love Onda and Rubj too - she is coming out with EDP versions in March, watch for them!

A big "Thank You" Brian and Abigail!

Brian, I am so relieved to know that I am not the only person out there with a problem with Elena! I've been thinking that my sense of smell is somehow defective!

Abigail, thank you for the suggestions. I have sent emails to Artisan, but they have been ignored, so I will try to phone next.