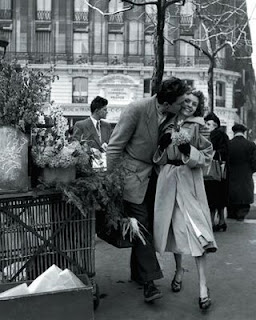 After wearing it for more than a month now, I'm convinced that anyone smelling Debauchery on me wouldn't just be surprised to find out it's an oil, but shocked. I won't get into detailing what makes an oil smell like an oil. I'm not sure I could tell you. And I'm not going to argue that a perfume is preferable to a fragrance oil. I don't believe it is. I happen to like good fragrance oils, and some of my favorite Black Pheonix Alchemy Lab scents could never be mistaken as classic perfumery, a distinction which often appeals to me. They're always something different. What's so unusual about Debauchery is that it smells more like classic perfumery than most of the classic perfumes I've gotten my hands on.

The mix includes civet (synthetic), red Egyptian musk, and opium, but I find it hard to believe there isn't more in there. Black Phoenix oils tend to be pretty complex--or appear to be. They do typically go through various stages, so much so that many reviewers break their assessments down into three categories: in the bottle, wet on the skin, dry on the skin. That's another way of saying top, heart, and base, though the stages play out at different rates. I point all this out because, while it's been my experience that the BPAL oils change a lot as they wear, they aren't exactly shape-shifters. For the most part, they don't start out dog and end up cat.

Not so Debauchery. In the bottle, Debauchery is strictly your "Who farted?" one-liner. I've never smelled such a dose of civet, and I've smelled--and love--Mona di Orio's Nuit Noir, the animalic thrust of which divides people like a brick wall. Debauchery is powerful stuff at first, as if all its component parts were clenched tightly into...a fist. The moment you put it on, everything starts to relax, eventually softening into an unusually sublime wear. Debauchery smells vaguely floral, slightly animalic, musky, even a bit powdery, though by a bit I mean so faintly you'd have trouble putting your finger on why.

It smells to me like what I expect the old-timers will when I finally get my hands on them. I'm often disappointed with those. I won't name names. And it's not always due to reformulation. Debauchery delivers on their promise. I think the fragrance it comes closest to in its dry down is Paco Rabanne's discontinued La Nuit. To give you an idea of La Nuit's character, I offer the following anecdote. I once put some on a friend before we left for the evening. It was summer and we could smell the stuff radiating from her body all night. We stumbled back very late, worn out from walking and sweating and various other nocturnal activities. Not everyone thought La Nuit smelled divine. My friend was attacked by a usually placid chihuahua on our way home. She bent down to pet it after permission and encouragement from the owner. The dog lunged at her as if it had been surprised out of its slumber by a ferocious wild animal baring its fangs, and probably would have torn into her had he or she not been restrained by a leash. Nice little doggy became, in a flash, wolf in sheep's clothing. The owner was shocked silly. He'd never seen anything like it. Neither had we.

By classic, I mean French, and by French I don't just mean French perfumery but French films, French men and women, a stroll along the Seine, a sudden confrontation with the Arc de Triomph after an unexpected turn onto the Champs-Elysees, strong coffee, the rhythmic pull of the language blanketing the air around a American visitor's ear. French iconography, let's say. More than anything I picture that famous image by Robert Doisneau, Le Baiser de l'Hotel de Ville. Nevermind that the image has become something of a cliche representing romantic ideas of Paris. Take any Doisneau photograph, really, like the one above. Debauchery captures that mood for me. The name gives fair warning of the opening. What it doesn't indicate is how fantastic the rest of the experience is.
Posted by Brian at 2/28/2010 10:47:00 AM

I love it oh so much when you review BPAL's!

P.S. If you find me in the forum, please PM so that I can read your reviews there. If you don't mind, that's it.

I've only tried one BPAL, Sri Lanka I think was the name. Anyway, for some reason I've not been seeking out this range. I know it has an avid following.

Your first few phrases intrigued me, but once I read about that big dose of 'civet'......eeewwwwwwwwwwwwww....cannot do it.....too animalic!

Hey Brian! This scent does not sound like me AT ALL but I really enjoyed reading your review - what an excellent piece of writing and ALMOST persuasive enough for me to consider trying! Actually, I was checking out basenotes a couple of days ago to read up on some BPAL oils and came across something like 662 listings so soon gave up. What do you think would be a good couple of BPALs to try for a newcomer to the line?

ditto what the person above me said.

help us with a good starting place.

or, i think you know what kind of stuff i like-- maybe you can give me some more specific suggestions.

Lurker coming out of the darkness to say how delighted I am to see your review! I'm quite new to perfume, but I've been exploring BPAL for a few months. I'm especially tickled because I have a sample of Debauchery on the way. (As well as Black Anise, based on your review.)

RM and Dia, I'm not Brian, but I can make a few suggestions. First, you may want to check out www.bpal.org. If you create an account, you can browse recommendations based on categories, and/or ask the regulars for suggestions based on your likes and dislkes. Forum members are a very friendly, helpful bunch. You may also just read reviews without a sign-on.

Thanks Sigrid - my homework for tonight will be looking up BPAL on the net. Will be sure to check out your recs.