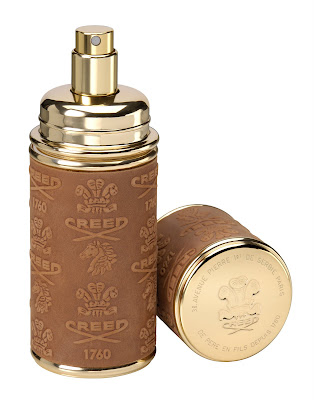 I know there are many of you who long for Vintage Tabarome. I received this announcement just today

LAST 50 BOTTLES TO BE OFFERED TO DEVOTED CLIENTS

The CREED fragrance company of Paris (www.creedboutique.com) is pleased to announce that 50 bottles of the rare fragrance Vintage Tabarome will be offered to the public starting March 9. Twenty-five bottles will be offered at CREED at 794 Madison Avenue in New York City (1-877-CREED 44), and 25 will be offered at www.creedboutique.com, the official online CREED boutique serving the U.S., Canada and Puerto Rico. Presented in 1.7-ounce shatterproof sprays wrapped in caramel Italian leather embossed with CREED’s crest and etched with CREED’s Paris address ($405 each), these are the last bottles of Vintage Tabarome CREED will offer.

Originally created by Henry CREED in 1875, Vintage Tabarome -– also sometimes known as Private Collection Tabarome or Tabarome Prive –- is a fragrance of depth and character that commands a strongly dedicated, niche following to this day. Yet with the earth’s warming climate, creating this blend of more than 60 natural ingredients is increasingly difficult.

The quantity and quality of natural ingredients available to make Vintage Tabarome no longer meet the standards of the CREED family. Speaking recently from France, the family said that rather than use “substitute” ingredients yielding an inferior result, they would stop all production of Vintage Tabarome with no plans to resume.

The 50 bottles offered starting March 9 are the personal reserve of the President of CREED North America, who used it for VIP gift-giving and performance recognition. In response to numerous requests from clients seeking rare Vintage Tabarome, he has generously agreed to release his supply for the enjoyment of clients.

Based in Paris, CREED (www.creedcollection.com) is the world’s only privately held luxury fragrance dynasty. Founded in 1760 and passed from father to son since then, CREED has served more than ten royal houses, leaders in all fields and the discerning public for 250 years.
Posted by Abigail at 2/04/2010 02:08:00 PM

Well, it's a good thing I don't have a lemming for this, since apparently they don't think they have 'valued clients' outside America! ;-)

Hi Tania,
I just copied and pasted Creed's email to me.
Surely they sent another one to their 'valued clients' in Europe!

I just saw a vintage bottle of Tabarome sell for over $300 on eBay - sometimes I watch things I never bid on only to see how much they bring. Good thing it's not my HG!