Three Worth Looking Out For 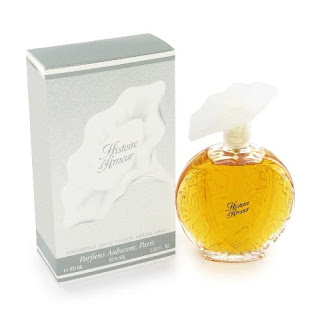 I've seen the following three items for over a year now at the local discount fragrance outlet. I might have smelled one, but didn't even go that far with the others. Bias, probably. They seemed cheap to me and I assumed they must have been made with inferior materials. Funny thing, though. The way things are going, it could be argued that yesterday's cheap perfume is downright expensive by the standards of so called quality fragrance today. I won't name names. I doubt you need me to. Pick a fragrance from the mall. Chances are it smells like a fraction of what it costs. I finally picked up the following, and discovered that they smell like a million bucks. They have--shock--oakmoss, natural musks, civet, that old school patchouli, which is neither headshop nor headspace. They project. They last forever. They're pretty easy to find. That said, word of caution: I have older formulas. I can't speak for the current versions of these. From what I've heard, they're not as good. That can make finding the right version tricky, but we all seem to like a good quest.
Enigma
Is it any wonder I ignored this stuff, with a name brand like Alexandra de Markoff to recommend it? I know it's been around forever, but it rang of some aging Tennessee William's belle to me, like Geraldine Page's character in Sweet Bird of Youth. Alexandra Del Lago. Even their names are similar. Enigma was created in 1972. I was only--well, I'm no aging belle myself but I'm not given to announcing my birth date either. Let's say I'm not a day over 25--okay, 30--and Enigma is a peer. I did smell Enigma a year ago, when I first discovered the discount store in question. It smelled stuffy to me and I probably gave it all of a minute or two on a strip of paper. But my tastes keep expanding and contracting. Now it smells fantastic. To be sure, there's a bit of that powder note which broadcasts "boudoir", but Enigma is also one of the more remarkable older ambers I've smelled, and though it never goes butch, it's decidedly masculine as it develops. You get your rose, your jasmine, a robust influence of carnation. It's a lot more Paul Newman as "Brick" than you might suspect. There are spices in there: fragrantica lists only coriander and allspice but others are indicated. There are "green notes" and "cut grass". Oakmoss and patchouli in the base. About ten minutes in, Enigma lives up to its name. It's hard to say what the magic is here, but a spell of some sort is definitely being cast. It radiates warmth. The older bottles have darker liquid and different packaging. My bottle is square with a gold tubular cap. The decal is white and bears the image of a tassel (also gold) over the name.
Van Cleef
Ignore Turin's bad review. I didn't at first, opting to ignore the perfume itself instead. When I finally gave it the time of the day I was put off and thought him right. Then, driving home with the testing strip, I started to smell the most amazing stuff. I couldn't believe it was coming from the same place. Van Cleef is a little younger than Enigma. Created in 1993, it calls back to the eighties, referencing loudmouths like Carolina Herrera and Poison, those declarative orientals and florals which speak in exclamation marks, every other syllable underscored. The most interesting thing about Van Cleef is the most off-putting initially. Is it orange blossom? The listed notes include it. I get the play-doh quality of heliotrope. It took some getting used to, but once I adjusted to the unusual combo of that, marigold, tonka and galbanum, I was seriously hooked. It doesn't hurt that the fragrance lasts forever and days on the skin. Van Cleef makes use of some unidentifiable note it shares with Miss Arpels, another Van Cleef perfume which followed a year later. That one is hard for me to stomach. This one gets the balance just right. It's an intense wear. Come prepared. My bottle is EDT. Those I've seen for sale online are EDP. I have no clue what the differences might be. My version dates back to the nineties.
Histoire D'Amour
I saved the best for last. Trust me when I say this stuff is not to be believed. It's available online for a song. For less than a song. I don't know whether they're still producing it. If so, it must have been changed. The ingredients of the bottle I own are listed as perfume, aqua and alcohol. I'm guessing it dates back to the late eighties or early to mid nineties, tops. Histoire was released in 1984 and is classified as a woody chypre. I smell galbanum and ylang ylang up top, but the moment you spray it on the patchouli, musks, and oakmoss from the base activate, weaving up throughout the fragrance. I can't recommend it enough. It's unisex, robust but easygoing, smooth, a refined but herbal, earthy bearing to it. It's an EDT but lasts well, if not with as much thrust as Van Cleef. It's closer to Enigma in terms of vigor. It's a lot more contemplative. People talk about powder, and I get a little of that, but not so much really. It's no Teint de Neige. It reminds me a bit of Sibeline by Weil, one of the fragrances the furrier created to take a bit of the animal out of, say, a mink stole--minus the aldehydes. The trick was to compliment that beastly quality, rather than conceal it, making animal and human natures seem as one. Histoire brings the outdoors to the skin in a similar way. Some of the pictures I've seen online (like above) depict a much more golden-hued Histoire than the bottle I own, which contains a balsamic brown liquid.
Posted by Brian at 3/07/2010 01:12:00 PM

I've never seen any of these over here. I feel gypped! ;-)

Hi--Thanks for hallmarking this, one of my favorite chypres!
To me Histoire goes from casual to glamour and they don't make 'em like this anymore. I first tried it in the mid-nineties and have bought my latest bottle at the Scented Monkey (I don't notice a change in formulation, if there is one) for a song, free shipping on special. The bottle's beautiful too. I hope to have this on hand
always.

Tania, I've always been curious. What stores DO you have by you? Where do you tend to look at perfume and/or shop for it?

Evyan, I can't believe I saw Histoire up on the top shelf at this store for over a year and never once even asked to smell it. I was put off by the bottle, which from that distance seemed not only absurdly girly but cheap. Up close, the bottle is much nicer. Frosted, patterned glass. It feels great in the hand. I was shocked when I smelled Histoire. I don't remember smelling anything like it. To me, it smells very much like something Serge Lutens or, even more likely, Parfumerie Generale might put out. It reminds me of Coze, only slightly more floral. It smells timeless to me.

Brian,
there's a couple of drugstore chains close by my home, Superdrug and Boots, but they only have the usual high-street brands you find all over the UK. There's alse a couple of department stores nearby with a slightly better selection.

I'll look in all of those places, but I won't often buy there, due to the lack of choice and the prices. If I want something out of the common run, I have to go into 'town'. There I can find Selfrdges, Harrods, Liberty, Les Senteurs, Ormonde Jayne, and a lot more. So really, I'm spoilt for choice.