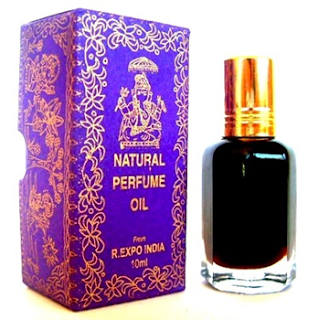 I was into perfume oils long before I really was hit by the perfume bug - there was a shop here in Seattle that had a huge selection. Then along the way I got into essential oils, then that kinda faded, then I got bit (*hard*) by the perfume bug a little over a year ago.

i also noticed that some of my favorites haven't had the "sticking" power lately - weather perhaps? I have some sample EdPs I've been testing that stick a lot better than most of my EdTs.

i'm really intrigued by *these* types of oils that you describe - I've passed by them in various shops for years but honestly never would have thought to sample or purchase them. these days I'm perfectly happy buying and wearing a "feminine" fragrance (if I like it) so oils don't seem to be any different than that :)

I've purchased some stuff from Posset's in the past (some of them are decent), and recently put in an order at Ayala Moriel - those are all technically oils as well (well, Ayala's stuff is more technically Parfum).

I've heard some good & bad things about BPAL but based on your writeup I think I'll go check them out too.

I'm going to go look at Whole Foods this weekend... ;)

I've been collecting oils for years, too. I've lost a few along the way (wish I still had my original Body Shop oils, before they got so naff and synthetic-smelling). But I still have a reasonable collection. There's something about oils, they seem richer, more opulent than other perfumes - even the cheap oils call to me. I find it hard to resist them (though so far I've avoided the siren call of the more expensive attars, and BPAL don't mail to the UK, thank God). And I've never found a trustworthy/recommended source of Indian attars here. Now I'm wondering if the London Whole Foods carries any of the oils you mention. Damn you, Brian! ;-)

I have:
23 Madinis. Some are nice, some disappointing.

A couple of Possets. Ok I guess, but too synthetic-gourmand for me most days. I'm thinking of gifting them to my ten-year-old niece.

A handful of L'Occitane miniatures, now discontinued (and apparently sought-after).

Coty Wild Musk oil - the current one, which is sadly not much like the one I remember from my teenage years.

Aveda Love Oil. A strange one, but sometimes I like it.

A box of Indian oils I found in Neal Street East years ago. I'm not convinced they are natural as it says, but they are cute. The tiny bottles have that cottage-industry lack of exact uniformity, and are plugged permanently with plastic. A pin is provided to pierce the plugs in order to use the oils. The blurb on the box waxes lyrical about their lasting properties and how they only get better with age.

A few of whichever essential oils can (against the safety instructions on the bottles, but who cares) be used as perfume. Sandalwood, patchouli, rose, jasmin, neroli, that kind of thing.

Teeny tiny samples of a couple of Amouage attars. Tribute (ugh. Just, no) and Homage.

..... and I've just noticed that the photo you've used for this post shows an oil by the same company as my set of Indian oils - R. Expo. Is it a stock photo, or one of yours?
I tried some of them again after reading this, and I'm pretty sure they are mostly synthetic. The Rose has developed a sour note, and the Jasmine is going soapy.

Don't have too many perfume oils - a couple of Amouage (Homage and Tribute) plus a tiny red jewel bottle by a company called SAN which I don't see for sale at Luckyscent any more. I like them when I want something that is not going to waft sillage to the sky.

Only recently purchased some oils because I received a gift cert from Scent Addict. They offer a bunch of different oils, none of which I'd smelled, so I was flying blind. Ended up ordering three Possets (Venus Black, Silver Roses, and Haute Love) and one Wiggle (Little Five Points). The winner? By far, Venus Black. I described it in another recent blog post as "liquid crack"! Notes listed are musk, black pepper, pear, sage, and narcissus. The scent is described as dry, musky, spicy. It's pretty incredible. With all the talk of Majmua, and now your post, Brian, I'm curious to get on over to Whole Foods and check out their oil collection!

I wear some Amouage attars but I love Al Nabhla by Al Haramain .There is a shop on U.K E:Bay that sells as little as 1/2 ml if you want. I just got 3mls of a lovely jasmine and some Turkish rose . My favourite Amouage is Basmah which is Frankincense and lime and so lovely.

Thanks, everybody! Great suggestions. Can't wait to hunt these down. Tania! When I read your first comment I thought, that sounds like the type on MY Indian oil, Aphrodesia. Yes, the pic is the one I have. I looked for it online. I also saw them in a local family owned oil/soap shop here in town--the size you mention, I think. The Aphrodesia is nice but yeah, probably synthetic.

Some of those Body Shop Oils used to be so damn good. I remember when they first hit the states. I loved going to the shop, smelling all of them--they kept them in big bottles stoppered with glass rods attached. Now they're pretty horrible. I forget what they even were back then. Kiehls has re-released some of its oils in rollerballs. I really like the guy one they do. I forget what it's called. And I was always a sucker for the cucumber--which seemed just right.

Brian,
yes, there's a bottle of Aphrodesia in my set. It's one of the nicer ones, it smells like a pleasant soap.

Kiehls have reissued a few oils, but even the official site only has Musk, Vanilla, Grapefruit and Coriander. I got all mine in Harrods - most many years ago, but the Amber and Gardenia last year. The men's one is called Pour Homme, I think, and I was tempted to buy that too. What's it like?

Oh yes, the Body Shop apothecary jars, from which they filled the little bottles to order. Those were nice.
I think you got some Body Shop oils which we didn't. I've heard tell of Moss and Chypre and others, which I've never seen here. We did have some nice ones though - Samarkand, Roma, Laird, Patchouli, Mostly Musk... all discontinued now, and I wish I knew what happened to my collection. Probably lost in some move or other! Of course, the rather ordinary ones like Oceanus and Moonflower, THOSE I can find... ;-)

Hey there
I own one of those R. Expo perfume oil as in the picture. I love it! It is of krishna musk smell, a slight note of sandal with very calming and endearing smell. My skin is usually sensitive to synthetic substances and R. Expo perfumes have worked well.
I recently tried their rose, patchouli and honey suckle. Liked them all. Patchouli is a scent that not everyone will appreciate, you over a period time start to develop a liking for it.
My wife likes fantasia of R. Expo, a light floral smell.
There is something for everyone in these blue boxes of R. Expo. My sister, knowing my love for them gifted me a solid perfume of Neroli. Heaven!