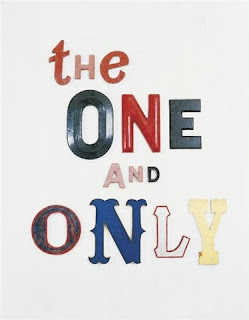 Several people commented on Laurie Erickson and her work after I posted yesterday. Again, this morning. Specifically, Tabac Aurea. I've posted before saying this fragrance is one of my trapped on an island without any other perfumes top ten. And I've always been aware of its fans on the blogs. But the comment this morning reminds me about an incident recently with a few girlfriends of mine. One baked me a key lime pie and brought it over. The other I've worked on a few film projects with. She does make up and like me loves perfume and knows more than a little about it (i.e. a lot more than her pocketbook should). Her favorites tend to be all things Chanel. But she likes Black Orchid a lot, and I once gave her a bottle of CDG Luxe Patchouli, which made her eyes roll back into her head. If someone wore it, she said, she would probably have to eat them.

I say this all as background. The night I was given my very own personal pie, we had a little smelling session. I figured I'd let my favorite pie lady pick out something she liked. She smelled a selection but chose an old favorite, Kouros. The selection included Dior Ambre Nuit (they both loved this) and Dior Eau Noire, as well as several Parfumerie Generale fragrances (Un Crime Exotique and Coze, I believe), Alahine, Amaranthine. I forget what else. We generally smelled things they wouldn't have been able to get their hands on here in town. Included in this gold mine of scent was Tabac Aurea.

Now, I know I love Tabac Aurea. And I know many other bloggers and blog readers do, but nothing prepared me for an in-person reaction of the kind I got from these two. What struck me about this as I thought back to it this morning is that both of these women are pretty familiar with perfume, mainstream and otherwise. They know brand names and designers. They're not above a good ad campaign. They can be marketed to but expect some intelligence or style or vision in the sales pitch. While not exactly jaded, they're certainly pretty sophisticated. I'm here to tell you it was as though I'd spread cocaine on my arm. I wasn't prepared for the intensity of their reaction, no matter what I think of the stuff personally.

I'm going to wager that a review which compares her work to illicit drugs isn't one that Laurie Erickson will rush to include in the link section of her website. But it really was that intense. And from my post yesterday and the comments I got it's clear to me that I'm not the only one whose fragrance rarely gets noticed. It took me two and half years of experience to come up with ten remarks I'd received in regards to something I had on. I find all this particularly interesting in light of the recent discussion about artisan perfumery centering around the Natural Perfumers Guild project, The Mystery of Musk. It seems pretty clear to me that the one thing which is always sure to sway opinion and move people, when it comes to fragrance, is a damn good one. All the branding in the world, all the tradition (read Old Boy's Club), means squat when it comes to the real, firsthand experience of a fantastic--make that mind-blowing--fragrance. And Tabac Aurea is the best example I can think of to illustrate that principle at work, off the blogs and out on the street.

I put on a sweater this morning that I had last worn while wearing Tabac Aurea, and it was wonderful...it really is like crack, that stuff! Everyone should be required to try it. :-)

:) Good product. Period. Wins over all.

And if licit but illicit feeling helps cement the deal, brings 'em back for more...well...I'm not sure there's room for complaint about that.

Yup, I'm on the Tabac Aurea bandwagon. Totally. Have been through a few of the phases of my descent; it always delivers, no matter how refined or thick I am being.

Had to LOL at your friend...I once had a friend who said she would eat *through* anything to get to a particular handsome screen star; I totally stole the phrase. May have to flatter your friend, too, in terms of "borrowing" her phrase.

Seriously, you got a pie? If this is literal, dude, you have to share what kind.

Key Lime! It was SOOOOO good.

Almost everything Laurie touches turns to gold on my skin.

As for the pie I have a 'Mad Men' era style magnet with lovely ladies who lunch surrounding a pie on the table that quotes -
"Pie? I'll just slap it on my thighs to save time."

Oh, Tabac Aurea... first time I wore it, I had a tiny 1ml sample vial about a third full, and two drops about brought me to my knees. It smelled - and still smells, a full bottle later - like my first serious boyfriend. It is not only beautiful, but *extremely, extremely sexy*, so I'm not surprised you got that kind of reaction from your female friends. It smells like nearly every good, rich, luxurious thing in the world, plus sunshine and woods and clean masculine skin (wait, that fits under good/rich/luxurious, doesn't it?). Love the stuff.

Hey Brian - well said, Tabac Aurea is an excellent fragrance but it took me almost 2 years to figure it out! Up until yesterday all I was smelling was dank, old, musty pouch tobacco that felt like it sat on top of my skin all day and wafted up into my face in sickening waves. But yesterday, after a full year of it sitting in my drawer I decided to put some on and there was that moment of "ahhhhhhhhhh, NOW I get it." Now I need to get me a bottle, oh, and some lime pie.

Tabac Aurea is actually the only real scrubber I've come across since I started getting into perfume a year ago. It literally makes me nauseous. My friend loved it completely, both on me and on herself, but it just made me sick smelling it. Don't know why, but it reminds me of the stale smell of the ashes of yesterday's bonfire, combined with candy (winegum bears) and vodka. I have tried it several times, with the same result. I shudder just thinking about it, and I wish I got all the loveliness from it that everyone else get. I guess it's a skin chemistry thing, or my associations just ruins the fragrance for me. But I promise to try again sometime in the future, hopefully I will get it then! :)