Mystery of Musk: my observations on five 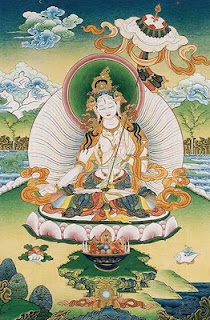 I suppose I should tell you what I think smells musky. Examples of pure musk for me are Kiehl’s Original Musk and Serge Lutens Musc Koublai Khan. The former seems your basic musk, neither clean nor dirty, Kiehl's is a complete reference musk in my mind, while the latter has some unclean properties. When I was a kid certain musks like Alyssa Ashley and Coty Wild Musk were all the rage so these register as smelling like basic musks to me. There are loads of musk perfumes on the market but the majority seems to fall in one of two camps, either vanilla musks (Creative Scentualizations Perfect Veil, Sonoma Scent Studio Opal) or clean musks (Serge Lutens Clair de Musc, Donna Karan Cashmere Mist).

I went to Whole Foods Market to sniff a few musk oils just to double check my thoughts on what plain old musk smells like. Egyptian musk and Oriental musk from Kuumba Made smell like your garden variety musk to me, with the Egyptian Musk being most animalic (aka bum sweat and/or armpit). I also gave Sonoma Scent Studio’s Egyptian Musk a sniff to find it’s a really nice take on musk. SSS isn’t an all natural/botanical perfumer; she uses synthetics, which, aside from her brilliant blending skills is another reason why her perfumes last so amazingly well. I also re-tried Annick Goutal Musc Nomade and this, once again, ended in frustration. I cannot smell Musc Nomade. I am utterly anosmic to it. There may as well be a few drops of water on my arm. So, with this leeetle bit of background information I’ll delve into a handful of the perfumes making up this project (in no particular order whatsoever):

oh, and, just another disclaimer or two (sorry, need to get this off my chest): I do feel bad for not Loving all the fragrances in this project, but I believe it’s crucial to remain honest in any perfume review, no matter how personally involved one feels. Some of the perfumers participating in this project are small indie artisans and it pains me to find a few of them lacking. It really does. But I also know this is solely my opinion and others might love what I dislike, and so it goes. I am also purposely NOT reading the reviews of other blogs participating in this project. I want to smell “blind” without influence from anyone else. So if I end up commenting similarly or to the contrary, well, so be it:

Perfume by Nature hails from Australia and entered a fragrance called Craving for this project. Craving, to me, smells like chocolate chip pancakes with a hefty dose of maple syrup. There is a teensy musk note in the base, which, of the scents I’ve worn so far, is actually the most animalic and potentially the most interesting considering its non-animal/botanical source. The overall thrust of Craving is uber-gourmand; very sweet and not a breakfast for diabetics. The musk here is hidden and I wish it was more pronounced because I think there’s a lot of potential in this musk note.

Providence Perfume Co. entered a fragrance called Musk Nouveau. Musk Nouveau opens with a medicinal and balsamic entrance that I’ve come to associate as the trademark of Strange Invisible Perfumes. I mean this as a point of reference and compliment because I like a good number of SIP fragrances and I am not inferring that there’s any copying occurring here. The comparison is merely a reference. Musk Nouveau is quite nice, I smell some woods, some patchouli done with a light hand and a dash of coffee and pepper. I’m not getting a lot of what I perceive as musk here, but I am getting a nice fragrance.

Jane Cate, nose behind A Wing and A Prayer Perfumes in California entered a scent called Tallulah B2. Tallulah B2 is named after Tallulah Bankhead, an outrageous and witty actress from the depression era. Tallulah B2 opens up very sweet and citrusy with zero musk in sight. I felt a little panicky with this one at first, but then it mellows into a vanilla musk type of scent, in the same vein as SSS Opal or Creative Scentualizations Perfect Veil. Tallulah B2 morphs once again after about an hour when I do start to detect a lovely, albeit clean musk in its base. Once dried down I quite like this cozy little number. This is one of those perfumes which could easily be described as a cashmere sweater. It’s lightly sweet, lightly musky, with the idea of some fruit and nuts (I smell hazelnuts or toasted almonds) and it’s simply effortless.

Sharini Parfums Naturels from France entered a scent called Graines de Paradis. Graines de Paradis opens rather bright and citrusy and settles into a heart of balsamic drenched florals. The thrust of this composition seems to lend itself to being labeled a floriental with a bouquet of florals emerging more than anything musky. It does, however, have some musky and woody base notes because it registers as a floriental and not a straight floral. There is sex appeal here, folks. The longevity is good at about 3-4 hours but like most of these naturals the sillage is nonexistent.

Anya’s Garden entered a fragrance called Kewdra and whooooaaaa mama this is the most sultry, dark scent I’ve sniffed thus far from all the entries. Kewdra is based upon the heroine, Kudra, from the novel Jitterbug Perfume by Tom Robbins. If you haven’t read Jitterbug Perfume yet, it is a must read for anyone interested in fragrance and who also likes an immensely quirky yet unforgettable good romp. In fact, just thinking of Jitterbug Perfume gives me an olfactory memory of reading it. The book conjures the smell of musk musk and more musk. It’s a musky tale if you know what I mean. Anya’s Kewdra is a dark, exotic, scent, ever so slightly sweet and floral. The fragrance itself is a dark amber color and when I first applied it to my skin I thought it would stain, like a henna tattoo. Well, it doesn’t stain, but it does give me the impression of being super saturated and dense. It turns out Kewdra isn’t overly potent, once worn it is not overpowering but it has a nice heft for a natural.

Thanks for this review - very helpful! I love musks and I'm anxious to try a couple you mention, especially Kewdra.

Thank you for the reviews. I've been following all the Mystery of Musk posts, and it's helpful to see them all side by side in a brief. clear way like this. I also appreciate the honesty. From all the reviews, including yours, i think I'd like to try Graines de Paradis and maybe Kewdra. (I liked that book too.)

Okay, after reading all these mentions of it I just reserved Jitterbug Perfume from the library (third on the waiting list), and the lemmings for Kewdra are now officially on the move.

I also appreciate your frankness. And as Anya pointed out at Grain de Musc, honest criticism helps a perfumer know what to improve.

I'm glad you liked the musk base in "Craving"!
I'm actually working on a perfume where this will be far more dominant...like you I decided it deserved to be explored further...
The perfume I am working on will be a more masculine woody musk, with a touch of herbal stuff...
Working title:" Lord of the Forest".