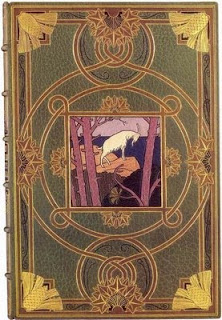 Of the twelve perfumers who submitted their work for this project, Dawn Spencer Hurwitz’ (DSH) is the one whose work I’m most familiar with. It was within the past year that I suddenly realized I knew her shop from my college days in Boston. DSH had a boutique on Newbury Street called Essence Studio. I’m not sure why this took so long for me to realize, (in fact I'm pretty sure she told me this) but it suddenly clicked (this 'sudden realization phenomenon' also known as dawn breaks on Marblehead to New England natives, with an additional silly connection ~ Dawn’s first name and Marblehead being a town I called home in Massachusetts). But I’m digressing to the point of no one understanding me. Anyway, the point is, I spent many hours in Essence Studio in Boston. I was such a young budding perfumista back then ((sigh)). And I’ve since had the pleasure of becoming familiar with a great number of DSH fragrances these past few years.

For this project, DSH created a fragrance called “Musk Eau Natural” which she describes as an Art Deco inspired scent from the 1920-30’s. Musk Eau Natural is parfum concentration so the depth and detail are particularly luscious. DSH has created a wonderfully spicy, resinous and incense-y fragrance in Musk Eau Natural. It actually seems more spicy and resinous and less about dirty musk than what I initially expected. For this, I’m glad, because while I look forward to testing some damn filthy musks during the course of this project, I personally prefer spicy woods to, well, bum sweat.

Musk Eau Natural is a warm, inviting, peppery-at-the-start, fragrance. If I *had* to compare it with an existing musk perfume the one it veers toward is Frederic Malle Musc Ravageur. So, if you're familiar with Musc Ravageur, you'll know this means Musk Eau Natural has a strong labdanum, woody tendency, with a velvety sort of beeswax/angelica underpinning. The body odor aspect is minimal while the warm woods and spices are most evident.

Whoever wins the giveaway at Perfume Shrine is one lucky little devil. This is a numilicious spicy, woody, musky skin scent. One amusing note, the person who was forced to sniff my wrists while wearing Musk Eau Natural today said it smells like: "an attic with a wardrobe of vintage (read: previously worn) clothing in the corner." I can't say I smell anything that would have conjured this image, and maybe he was pulling my leg, but it's what he said!

Spicy woods sound great to me, (I'm leaning on you here to steer me clear of the bum sweat!)yes, i think I would like to spice it up with DSH!

Huh, I've never heard that expression! My boyf used to work in Marblehead. I wonder if he's heard it.

We used to say :
"Light dawns on Marblehead",LOL !

Wasn't this a treasure ?
I'm besotted, like a mooncalf.

"The person who was forced to sniff my wrists" - snort! I have a few of those myself...

I have yet to smell Musc Rav. Opened my little sample of Clair de Musc last week and it smelled like my mother, who used to wear Jovan Musk for everyday and No. 5 (rather musky in the drydown, of course) for dress-up occasions.

Lynn, Lynn the city of sin. You never come back the way you went in! :0)

Elisa,
Ask your boyf, I bet he's heard it. Though I think it's most common with those born and raised in MA and especially the North Shore (like me). My high school latin teacher used to use the expression ad naseaum (get it, my little latin interjection?)

Muse,
I don't have any perfumistas around me in my day to day life. So unfortunately there are just a bunch of forced souls. It's especially disheartening when they give me just any word, like, "it smells like soap. or flowers" when you're wearing DK Black Cashmere.

Henna @ AboutDivorce Blog said...
This comment has been removed by a blog administrator.
July 08, 2010

Luscious is exactly the right word here. It took me a while to find the skin and musk (though you're right, no bum sweat in this one), but then I got the infamous neck cramp from sticking my nose in whatever body part I used for testing.

And He Who Smells My Wrists (and everything else) most definitely approved. Then again, his current holy grail (for himself) is Mecca Balsam.

What I found interesting with this one is that when I received the sample I took a quick sniff of the vial and immediately re-capped it and put it away. I don't know what it was but something wasn't pleasant. When I finally did the eval it was totally different and turned out to be one of the submission I liked best.