Tomato, Tomawto: The Many Faces of a Perfume (or, Just Who Do You Think You're Talking To?) 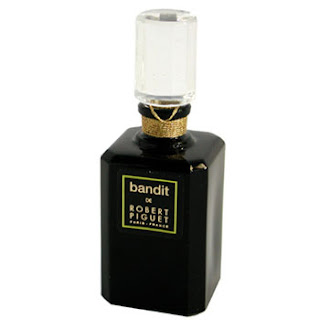 You never know what you're going to get when you order perfume off the internet these days.  Everyone knows you take your chances with Ebay (will it be the right formulation, or even the real thing?) but many of the other fragrance vendors can be just as inconsistent.  Back when I ordered Bandit, for instance (from I don't remember where), I received what I imagined must be the latest iteration.  In Seattle, months later, I smelled from a bottle in an off-the-path perfume store and it seemed to be the same.  I'd never smelled Bandit before purchasing it so had nothing to go by, but I'd read Lucca Turin's review of the fragrance in Perfume: The Guide, which reports that the modern reformulation is pretty faithful to the original(s).  The bottle at the perfume shop in Seattle looked like it had been on the shelf for a good many years.  The box had that beat up quality.  The one I'd purchased online seemed a little newer.  After all this, I found two quarter ounce bottles of Bandit pure parfum.  They smelled heavenly, much better than the others I'd come across, but the bone structure was there, and the difference was no more than the one between most EDP and parfum extrait concentrations.

I was excited to get back to Perfume House this year because they carry the Robert Piguet line.  Looking back, I couldn't understand why I would have ignored Bandit my first time there.  Wouldn't I have snatched it up immediately, such an arresting perfume?  I can't even remember smelling it.  Maybe, I thought, I just wasn't yet evolved enough and didn't recognize its greatness.  Maybe my tastes needed to mature a little.  I'd been much more attracted to Visa during that first visit to Perfume House.  Because I have Bandit now, I wasn't interested in getting any more this time.  But I was very interested in picking up a bottle of Baghari, which I'd seen at the Los Angeles Barney's months ago and liked.  I'd been given a sample of it during my visit and ultimately decided against buying any; since then, having spent more time with the Baghari, I realized I wanted some, and planned on buying it at the Perfume House.

This is where it gets confusing.  In December, a friend from Portland visited.  She agreed to pick up a bottle of Visa for me at the Perfume House.  I figured I should resume my exploration of Piguet there, since Visa was the one I'd initially found most compelling, but when my friend/courier arrived with said merchandise, I didn't really recognize the smell.  I did and I didn't.  It seemed less interesting at first and I had to adjust my expectations.  In my head, "Visa" had become something else, richer, more visceral.  By comparison, this here was plain old fruity gourmand.  Fast foward to my recent return to the Perfume House.  Another customer came in, looking for something special.  She'd just been initiated into niche perfumery and the world of fragrance teeming just under the surface of the face mainstream  fragrance shows to the world.  I couldn't resist making suggestions, and went directly to Bandit, excited by the prospect of blowing someone's mind--but when we sprayed it on a cotton ball, it smelled nothing like the Bandit I know.  It bore no similarity, even, that I could tell.  Gone was the grassy splendor; gone the strange, perversely au contraire base.  This was powdery and prissy, a stuffy society lady to old Bandit's Sartre-reading, gender-bending, chiffon and leather streetwalker.  Perfume House is reliable and I trust these are the latest versions of Piguet, as they say, so what's up?  Are THEY being lied to?

Complicating things, Baghari smelled nothing like the tester I'd been given at Barney's.  I could see about as much relation between the one and the other as I could between Bandits Now and Then.  Did I mix u all my testers?  Did Barney's have a different version of Baghari?  The tester was a wonder of jasmine and rose under a fizzy layer of citrus aldehyde.  I could see, smelling it, the perfume Turin seemed to be talking about in The Guide.  The one at Perfume House was equally lovely but in an entirely different direction, distorting my ability to immediately appreciate it on its own merits.  And while I'm thinking about it, why did Barney's even have Baghari?  Why Baghari but not Bandit, when both are about as obscure to the average consumer?  Why Baghari but not Fracas, for that matter, which is recognizable enough to have put Baghari in some kind of useful context for the uninitiated?  Was the tester I was given at Barney's LA even Baghari in the first place, or did I simply remember it that way?

The virgin buyer of Bandit might be getting any one of several versions, whether he walks into a store or shops online.  Add to this the fact that some retailers are no better than the sales force at Sephora when it comes to knowing what they have in stock and what it should smell like.  My first bottle of Bandit was opened and partially used.  I sent it back and got another, equally beaten but at least unopened.  I was lucky and got an older version.  How many others aren't so lucky, and think we're smelling the same thing when they sound in on makeupalley.com?  It isn't just Piguet and a classic like Bandit, known by many without, more often than not, actually having been smelled (after all, I heard about Bandit and many other perfumes long before I actually got my hands on them).  It's any old perfume, no pun intended.

It's Magie Noire, for instance.  The first time I smelled it was in a discount shop.  Do I need to tell you that the second time I smelled it I barely recognized the thing?  It's Anais Anais, which is said to be very much the same as always and I believed this, until I smelled a bottle from the eighties and had a very different impression.  Is Lou Lou the same old Lou Lou?  Is Coco the same old Coco my sister wore in high school?  How much of the perceived changes between one and the other has to do with the passage of time and the distortions of memory?  How much is someone else's tinkering around?  We all know that natural musks have gone the way of the Studebaker, changing the face of nearly every perfume in some minimal to profound way, and that various other ingredients have been outlawed as if they were crack cocaine or hashish and the public must be protected from them lest they serve as gateways to more insidious contraband.  Everybody knows that one perfume is repackaged as an entirely new thing using the same name, while another is presented as if an entirely new entity under a totally different name, and some of us catch these things, but how do you discuss perfume when you never know what you're dealing with from one to the next, or whether you're even talking about the same thing?  It's like discussing the color red with someone viewing things through rose-tinted glasses nobody told you or him he was wearing.  You both might as well be color blind.
Posted by Brian at 2/22/2009 11:16:00 AM

I can't help (once again) comparing the perfume industry with the art supply industry. It's easy to buy artist paint with hazardous materials like cobalt and cadmium. They have warning labels and are expensive. Or, you can buy "hues," which are the same color or very close, but made from cheaper pigments which don't behave in the same way -- they mix differently, are more transparent, fade quicker. They are called "student grade." Most artists use the better grade paint, because there is no substitute for its working properties.

Seems like more and more of the perfumes reaching the market now are "student grade." Only they're not telling us, and are charging artist-grade prices for them.

Olfacta, I agree with this analagy. I smelt a Beautiful (Estee Lauder) the other day...it seemed to have morphed into a fairly heavy, powdery and dowdy affair.....and I am unhappy to say that the various Balmain perfumes I had bought, did not live up to their rich history.

Just one thing to add to the many reasons why these scents might be so different: changes related to the juice aging on the shelf. I know of one case, comsumers on Make - Up Alley first seemed to have figured it out about a particular scent that really only smelled "right" after sitting around for a year or two (after purchase). They tell of smelling and discarding a bottle as a soapy mess then find it later and spray, viola it is the old roasted musks and light floral friend they were seeking after all.

....and this is why I don't have any Bandit! I just keep hearing that the new one is no good, and I'm wary of buying old bottles in case I get ripped off.
It seems from your experience that it's hard to get a good one, as you just don't know what you're buying, even in stores...