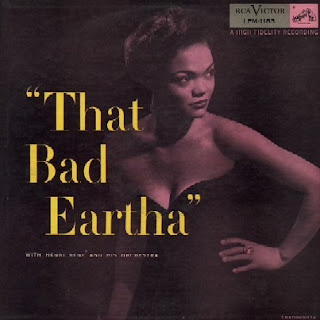 I forgot to tell you this last week – I heard on NPR that grapefruit fragrance makes a person seem 8 years younger. So stock up on Diptyque Oyedo or Guerlain Pamplelune…;-) (It was NPR, National Public Radio, it must be true!)

I’ve been so busy this week I haven’t watched any of my favorite TV shows. I still need to catch up on last Sunday’s Big Love.

Confession: I received Aquolina Pink Sugar shower gel as a free gift with a purchase from Parfum1.com. I have never smelled Pink Sugar, but I love the shower gel. For some strange reason I like my bathroom smelling like strawberry cotton candy. It’s weird.

I didn’t have time to cook but I found a fabulous Japanese restaurant that delivers. Oddly, they have a few Malaysian dishes and their roti canai appetizer was delish.

I love Oprah, but this doesn’t feel cathartic like admitting I love Martha Stewart. I think most people like Oprah. Oprah’s recent magazine cover where she shows two photos of herself side-by-side – in one photo she’s obviously many pounds thinner and the caption reads: “How did I let this happen again?” Oprah and Martha seem opposite ends of a spectrum. Oprah seems to be a true, genuine and flawed human being while Martha projects a fantasy of perfection. Well, I love ‘em both.

Animal lovers: I recently switched to a high protein - low carb dog food because I’ve known several people whose pets developed diabetes because of their diets. Dogs and cats would never consume so much carbohydrate (aka sugar) in nature. Contrary to what I used to think, a good quality canned dog food is healthy. Now I mix dry food with canned food – both low carb. If you live in the U.S. I highly recommend a company called WagginTails. Simply order online and they deliver superfast: www.waggintails.com

Seriously, were you as pissed off as me that People magazine put that photo of Jessica Simpson on the cover and suggested she was fat?

I haven’t worn Guerlain Chamade in a long time – I wore it this week and loved it. Sometimes only wearing fragrances every once in a great while allows you to revisit them all over again as if new.

The first day I bought Perfumes: The Guide I read the entire book cover to cover. It was an enjoyable read. Lately I pick it up now and again to read what LT & TS thought of something new I’ve tried. Since I love LouLou by Cacharel; like Noa and sort of like Amor Amor I tried Eden because LT gave it 4 stars. What on earth is he smelling? Eden is gaggity.

I was annoyed with People, too - and all the websites which said the same thing. I hold no brief for JS, she seems dumb and untalented to me. But I really hate that the ultimate insult to put a woman down, is to call her fat. Especially if she's no such thing! What message does that send to body-conscious young girls?

(I wonder why nobody seems to have insulted the beautifully curvy Christina Hendricks the same way? Perhaps it's because she's never been seen any other way? Or beacuse she stars in a 'period' drama, so curves are allowed?)

I agree, Eden is not so good. I do find I disagree fairly often with The Holy Guide. I love Elixir des Merveilles, for instance, and Luca thinks it's... well, go read it. I honestly do NOT know what he is smelling! ;-)