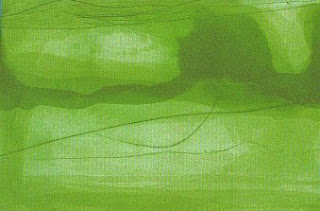 In the span of our lives, if we’re lucky enough to live to a ripe old age, one year seems so fleeting, so inconsequential, so brief. As an adult, I can sadly say I’ve wasted full years of my life. When I was a child I remember how one year seemed a vast expanse of time; an enormously lengthy period that would take ages to conclude. I remember thinking Christmas would take forever to arrive or that summer vacation was so very far away. When I was around 11 years old and wearing the obligatory ‘training bra’ and waiting for my first period to arrive (a la Are You There God? It’s Me, Margaret) every day seemed an eternity. I thought I would never grow up, things moved so slowly back then.

As the years have moved past I’m beginning to cling to every moment. As I reflect upon the past year, I’m amazed at how much I’ve changed. Just focusing on one aspect of my life, my interest in perfume, I can see how much I’ve learned, I’ve smelled, I’ve experienced, grown and spent (!).

About one year ago, in June, I wrote a review of DSH Celadon Green. At the time, I wasn’t nearly the green fragrance aficionado that I am now. Looking back at this review, I’m surprised at how well I described this fragrance. Everything still stands as true for me, except for the fact that I now think Celadon Green is much, much more exceptional.

In the span of twelve months, I’ve smelled and worn so many green perfumes. I revisited many of the classics, such as Chanel No. 19, Balmain’s Vent Vert, Guerlain’s Sous le Vent and Ma Griffe. I sampled all sorts of leafy greens like Diptyque’s Eau de Lierre, Hampton Sun Privet Bloom, Byredo Green, Chanel Bel Respiro and Diptyque L’Ombre dans L’Eau. Then there were the “green-ish” fragrances, by which I mean scents with a predominantly green flair but other spotlighted notes like citrus, florals or tea; these were, Bulgari au The Vert, Annick Goutal Folavril, Gucci Envy, Creative Universe Te, L’Artisan’s The Pour Un Ete and Jean Patou Vacances. Then I discovered a category of green that floored me. It was Gobin Daude’s Seve Exquise and Sous Le Buis. I came upon these too late, as Gobin Daude had already been woefully discontinued and these two fragrances are now impossible to find. Seve Exquise and Sous Le Buis were ground breaking for me. These were green scents that didn’t just smell like sharp, vegetal, green “things” like leaves or grass but instead a gentle abstract idea of the essense of green. I’ve been lamenting the disappearance of Gobin Daude fragrances for months now.

Suddenly, just a few days ago, when I wore DSH Celadon Green, it occurred to me how similar it is to these Gobin Daude fragrances. I’m not implying that Celadon Green is a copy of Seve Exquise, but it is decidely in the same scent family. Dawn Spencer Hurwitz has created such an enormous number of fragrances that it can be overwhelming to figure out which to try. I certainly haven’t tried them all but after a solid year of sniffing I must say she is a brilliant perfumer. Chandler Burr wrote a piece about DSH which was quite complimentary but I don’t think he even reached the tip of the iceberg – which is that she’s created some absolute masterpieces. Celadon Green is a masterpiece in the genre of gentle abstract green fragrances. It reminds me of the precious beauty of nature, of life, birth, and death. Celadon Green conjures me at 11 years old, just budding, slowly unfurling, full of wonder and impatience. Celadon Green smells of existence, of time passing, and reminds me to live.

The image is a painting by Helen Frankenthaler called Spring Veil. Dawn Spencer Hurwitz has said this painting was part of the inspiration for Celadon Green.
Posted by Abigail at 7/07/2009 01:42:00 PM

What a beautiful review! I remember almost-ordering a sample of this, mostly because I like the name so much. (The s & l combination is so pretty - and YES, I have a sample of Nuit de Cellophane!) I will have to order it ASAP. Thanks for the nudge.

Very lovely post. And the painting. I need to try some more "green" fragrances.

I only have one DSH perfume - Cielo, from when she was working for Napa Valley Perfumes. Have you tried that? I like it, but for some reason don't often wear it. IIRC it's a honeyed, figgy green, if that makes any sense. Oh, and I have a sample (from a PP order I think!) of Mahjoun.

I am thinking of picking something from her sample programme, but she charges $18 to ship to the UK for any order under $100 - which is a bit steep for samples, I think. Unless they are quite generous!

Thank you so much, Abigail, for this lovely, generous review! I am blushing right now... And, I am thrilled that you posted the Frankenthaler "Spring Veil" image which has been one of my favorites for years.
I also wanted to mention if any one wanted to try just samples and wanted simple first class shipping they can email at the site and we can arrange it. :)
Thank you, again, for your very kind words. ps: (sorry for the delete before this comment... I am a terrible typist...)

Tania,
did you catch Dawn's comment above about reduced shipping rates for your samples? :-)

Dawn,
You deserve every word. Will Celadon Green enter your permanent collection or remain Limited Edition? My opinion is that it deserves a future! :-)

If you like DSH's Celadon, I highly recommend you also try "Viridian" -- as Celadon is to Seve Exquise, Viridian is to Sous le Buis. Just gorgeous!

Thanks, Dawn! Methinks I may do just that.

I just want you to know, that your review of the Gobin-Daudé fragrances has tortured me for months, ever since you wrote them. Of course I have been hunting down bottles to the ends of the earth to no avail... thought I found a bottle of Sous le Buis (the one I most lust after) in Belgium, but it was just a website in need of an update.

As soon as I am able, I will order Celadon Green (it has been on my list for a while).

But, what is out there which captures the scent of boxwood, which is the jolie-laide equivalent in scent? (simultaneously attracting and repelling)

p.s. and what about those tantalizing rumours that Victoire Gobin-Daudé is planning on a return? where is the woman?! (she is a Canadian who grew up in Switzerland and was living in France I think... could be anywhere...)

For boxwood - I would suggest:

I wish the rumors about Victoire Gobin Daude were true and she was making perfume again...((sighs))

Commenting on this old post because I just bought a little purse spray of this, and was wondering if you'd seen this review on Makeup Alley:

A reviewer claims she sent DSH a sample of the Seve scent and that she was inspired to create Celadon in response.