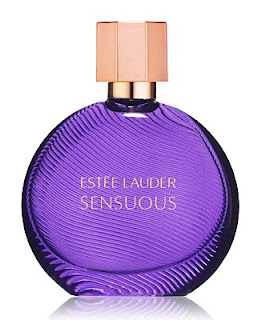 Sensuous 2008 was the more original launch for a mainstream brand. Sensuous Noir is that sort of typical woody floriental with a clean patchouli base that one can find anywhere. Estee Lauder categorizes Sensuous Noir as a “woody, floral chypre” and I’m so tired of this completely off base description. Sensuous Noir is not a chypre. If Sensuous Noir is a chypre, then so are Flowerbomb, Dior Midnight Poison and Bond No. 9 Lexington Avenue and Success is a Job in New York.

It’s no accident I just listed off the four fragrances above. Sensuous Noir reminds me strongly of Dior’s Midnight Poison, it also reminds me a bit of Flowerbomb in its candy woody sweetness and there’s some similarity with both Bond No. 9’s except that I think the Bond’s are much better. I did a side-by-side comparison of Midnight Poison and Sensuous Noir in which a household member couldn’t detect much difference. I can tell them apart, easily, but they are quite similar overall.

I’m actually annoyed because I expect more from Estee Lauder. I think Estee Lauder is a fabulous company. Almost every fragrance from Estee Lauder usually brings us good quality and oftentimes well above average fragrances completely deserving of adoration and fans. I have immensely enjoyed everything from their Private Collection. From my youth I enjoyed White Linen, and it turns out the White Linen flankers are pretty good. Pleasures, Knowing, Cinnabar, Youth Dew, Alliage, Azuree and many others are excellent fragrances which stand the test of time. Sensuous Noir, to me, is just a derivative mass market launch, adding nothing to a sea of sweet woody patchy orientals.

In Sensuous Noir I also smell this “cheap, plastic, sweet synthetic musk” which in my head I call “cheap-o synth musk” that I can’t get past. Oddly enough, the other perfume brand in which I always smell this cheap-o synth musk is Ormonde Jayne. I have no idea if this note is, in fact, musk, it could be the scrubbed clean patchouli, but, nevertheless, I hate it.

Of course I still think Estee Lauder is a fabulous company. It’s possible I’m being too hard on Sensuous Noir. After all, Estee Lauder IS a mass market company and Sensuous Noir IS intended for the Flowerbomb-Midnight Poison wearing crowd. I suppose Estee Lauder needed to jump into this particular market, they needed a sweet, woody, floriental in their arsenal. I guess my only consolation here is that I like Sensuous Noir better than Flowerbomb and Midnight Poison. There’s a nicer and stronger woody note flowing through Sensuous Noir that eventually, upon dry down, cuts through the cheap-o synth musk note.

I usually think of Estee Lauder as a leader and not a follower. I’m reacting to the fact that Sensuous Noir is definitely a follower among the mass market launches with Sensuous Noir. If, perhaps, you want to wear something along the lines of Flowerbomb or Midnight Poison, but can’t wear either, then maybe you should check out Sensuous Noir, because it is better than both, even though it’s similar.

Good points: the 30 ml / 1 oz bottle is terrific. The bottle itself is cool. I liked the beige Sensuous (2008) bottle, too, but this purple one is nice.

PS: It's possible this will be a huge seller for Estee Lauder. It closely follows current trends/tastes and yet it's a notch above the rest.
Posted by Abigail at 9/16/2010 07:02:00 PM

I agree, Abigail. Noir is a disappointment to me, too. Not so much 'noir' as 'washed-out grey'. Boring!
On the other hand, I love Mugler's Womanity, which I expected to hate. Go figure.....

I'm really enjoying this one actually, but not because it's in any way original. I don't even find it very different from the original Sensuous. But I like it because it reminds me of several other fragrances that are much more expensive. I won't bother to list them all but the most recent one I made the connection with was Tom Ford Black Violet (the one in the Private Blend line; not Black Orchid). I also agree it doesn't fit in with the rest of the LE line. Nonetheless, the sweet amber wood thing gets me almost every time, and this one is pretty cheap, comes in a small bottle, and lasts forever. I do think they overdid it with that boozy purple fruit note, but it eases up after a while.