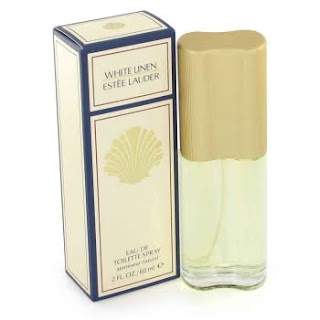 My parents divorced when I was 14. I have a very kind and wealthy aunt who decided to give my mother and me a fantastic gift. My aunt gifted us a 3 month trip to Europe during the summer of ’86. My mom took a leave of absence from work and we were able to take off on an unforgettable adventure, forgetting the divorce, and all the typical issues of day-to-day life.

My aunt also gave me a perfumed gift set as a going away present. She chose Estee Lauder White Linen, which was extremely popular in 1986, so I left for Europe with the body lotion, shower gel and perfume. For the rest of my life, the scent of White Linen will remind me of that fabulous trip. I’m not sure if this is still the case, because I haven’t sniffed White Linen in years, but when I imagine White Linen I can feel the heft of that frosted glass container the body lotion was housed in.

Being 15 years old and traveling for 3 months with one’s mother can be a little tricky. I was the poster child of a rebellious teenager and my mom and I were already having lots of trouble getting along, and, of course, 95% of the time it was my own fault. But when we got to Germany, the first country on our trip, we were so happy and interested in everything that it was fairly easy to let everything fall into place and treat each other nicely. Our first stop was to visit my uncle and his wife in Munich. My uncle’s wife is a gorgeous Korean woman, who turns out to be one of the few people in my family who wear fragrance. She always had a bottle of Shalimar, and I think it was the pure parfum, on her dresser. Her name is Chong Suk and she was/is gorgeous, with long flowing blackish-blue hair, perfect skin and fashionably dressed (heels at all times). Chong Suk and I did some damage shopping in Munich. She also bought me a bottle of Shalimar for myself. But I didn’t open Shalimar, I was using White Linen on this trip, until it was empty.

We stayed in Germany for almost two months, using my uncle's home as our launch pad and taking several long weekends and extended trips to Belgium, France, Spain and Switzerland. Everywhere I went White Linen came with me. I always used the body lotion after shaving my legs and I would cup my hands over my nose giving it one last big huff when I was done. White Linen seemed so clean, effortless and sophisticated at this juncture in my life. We spent a week in Paris, which oddly, wasn’t the highlight of my trip. We did all the museums and all the sights that tourists must do. I ate escargot and macarons. We pretty much didn’t leave a stone unturned. My mom had a friend, a distant cousin, whose apartment we stayed at in Paris, so the experience seemed as authentic as can be. 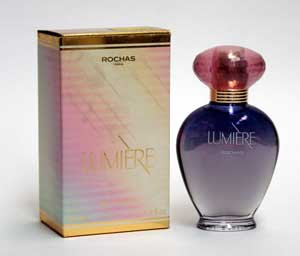 In Paris I bought a few gifts for friends back home. I chose Rochas Lumiere because I loved the bottle. I haven’t a clue what Lumiere smells like, but the bottle was purplish, romantic and feminine. I ended up keeping a bottle for myself. No surprise there.

Our last month was spent in the United Kingdom. My mom had a friend whose flat we stayed at in London for a week. Then we spent 9 perfect days staying at the Savoy in London where we had afternoon tea every day and at night attended the theater. I visited my pen pal who I’d been writing to since the 5th grade just outside Bath, England. Anne, my pen pal, turned out to be aloof and not what I expected, but it was still an experience hanging out with her for a few days.

My best friend Megan gave me a few mix tapes before we left. I listened to these mix tapes constantly while we were in the car, train or subway. I had a boy crush back home. Tim and I weren’t technically dating, we had only kissed once at the movie theater, during a showing of Nightmare on Elm Street, but I thought about him nonstop while listening to Madonna’s True Blue. Even though I was having the time of my life, it did feel a little scary missing out on a whole summer of friendship, gossip and goings-on back home. I wasn’t listening to Tears for Fear Everybody Wants to Rule the World over and over again like everyone in America; this wasn’t playing on the radio in Europe. I caught up with MTV, the gossip and the music scene once I returned, a slightly different person.

Mom and I then took an ultra touristy bus tour across England, Ireland, Scotland and Wales. It lasted 3 weeks and lucky for me there was a whole contingent of teenagers traveling with their parents on this trip. Now this was fun because I could sneak off with the teenagers and get into little bits of trouble here and there. Don’t forget, back in ’86, it seemed the UK had a relaxed attitude towards the drinking age, so there was lots of fun to be had. I met a boy on this tour, his name was Adam, and we had a 3 week teen-aged love affair. I remember one night after sneaking out of his room (no, THAT didn’t happen in case you’re thinking I was THAT rebellious), he said “you always leave such a pretty trail of fragrance after you leave me,” and here I am thinking all these years later that this was the very definition of sillage, I was leaving Adam a little White Linen scent trail.

This 3 month trip didn’t heal all our wounds but it allowed us to forget about many of our familial problems and gave both my mom and I a lifetime’s worth of memories. The sensation of those White Linen bottles in my hands and the scent of its perfume, both on my person and emanating from inside my suitcase is an embedded scent memory and so much a part of my European adventure of ‘86. I finished off all the White Linen that my aunt gave me by the end of the trip. As much as I loved White Linen that summer, I never bought it or wore it again. White Linen remains the summer of '86 for me.
Posted by Abigail at 9/01/2010 05:20:00 PM

That's beautiful! I can just imagine you in Europe as a fifteen year old in White Linen, feeling chic and traveled and even somewhat exotic. And you were, even then, buying perfume for the bottle.

Or maybe that's what being fifteen is all about, though, right? The bottle, the appearance of things.

Nathan,
You know, I think I will buy White Linen again. I'll buy the smallest size the perfume comes in as well as the body lotion and take it on my next trip. I haven't owned it or smelled it in a *very* long time. I bet wearing it would give me a nostalgic rush almost like shivers! ;-)

What an amazing post! You're so right about perfume marking points in time for all of us. Scent memories are among the strongest.

Thanks for sharing this lovely experience.

Really enjoyed reading this post, Abigail! And no, I'm not jealous at all that you got to travel through Europe, nope, doesn't faze me at all...

What a great story. I too received a bottle of White Linen lotion as a gift (from my grandmother), in the frosted glass bottle. I think I was 14 or 15. I loved it but after I finished it I moved on to hipper things like Eternity and cK One (oy). I did finally buy White Linen again in the purse spray size recently. It still smells terrific. I'm sure they've changed it somehow but not enough to spoil those gorgeous soapy clean top notes. The base I find kind of dirty -- I never got that aspect in the lotion.

I felt like I was there with you! I'd do that trip NOW as a matter of fact. I don't think it's White Linen has changed. I had it during that era..and I bought it recently when my little daughter smelled it at a store and said "mommy that's beautiful!" It is unique. Cheryl