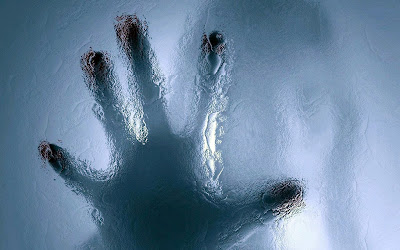 Watching Noontide Petals evolve over the last year or so has been a real highlight, during a period of time which was often dark and at times felt unendurable. It's hard, inhaling Noontide, to even think dark thoughts, and in some ways, when I've worn it, I've felt I'm under the protection of some kind of doubt-thwarting amulet of light. It's been a powerful corrective, a compass point. All of Andy Tauer's fragrances remind me in some way what happiness should or could feel like - they show the way - but Noontide is unique among them, due in part to  its unequivocal presence at the apex of sheer beatitude.

It's funny to start reading the breaking reviews, after having had what felt like a private relationship with the scent for a time. How can we understand a fragrance when we've barely gotten acquainted with it? We still barely understand it after living with it through full bottles and who knows how many years. Reading these reviews reinforces for me how difficult it is to speak about perfume in any way that penetrates too deeply beyond superficial, deductive or reductive impressions. That isn't to knock bloggers. It's the language we have, and for a long time I wasn't writing about perfume much at all because that language can feel so inept compared to what it is perfume actually does - the verbiage becoming authoritative where it should be mystical, a little too concise where it should be expansive.

We need that ineptitude, I think, and we need to struggle with it, to keep in touch with how powerful scent is, how above and beyond us. Fragrance is one of the last frontiers of the ineffable in my life, at a time where everything feels over explained, over exposed - over in general, before it's properly begun. As much as I poke fun at the self proclaimed last-word authorities in the fragrance-writing community, who participate in this aspect of the zeitgeist, I know we need them too, because nothing reminds you how powerless you are to the sacred inexplicable like a sudden breach with your sense of smug certainty, and all smug certainty is eventually dealt this mortal blow. Give it time. Noontide is so personal to me, and so lived in at this point, so bound up in my memories already, that to hear it described as, essentially, simply a fragrance, with its constituent qualities dissected, feels like wrapping up the events of a year in a single phrase - but I know this is how we do it, if only because we haven't figured out  another way.

I first smelled Noontide Petals in the biting January cold of New York City, back when the fragrance had a different name, a working title. I have to remind myself it isn't still called that - won't ever be called that again. I was making a lot of plans that winter, most of them to do with the Woman's Picture film series and the Tableau de Parfums fragrance line, interlocking collaborative projects Andy and I had started the year before. I'd finished the first film, and we'd released the first related Tableau fragrance. I'd been writing the second film in the series but felt a little stuck. Reconvening with Andy in NYC kicked my mind back into gear, and most of the time we were there I felt like I was on speed. I could barely organize my thoughts; the onslaught was so fast and furious. I only knew I was making a film, and that I'd be making it soon. By April, I was shooting. By May, the shoot had wrapped. It was the biggest film I'd shot to date - the largest cast, the largest crew, the most equipment, the most expensive, the least time.

Noontide informed my year in ways it will probably take me a while to parse, let alone recognize. It walked alongside me in all of that. We all seem to acknowledge that a fragrance lives with you, if you connect with it, eventually encapsulating your past. Sometimes, even if you don't connect with it, it connects with you. I don't think floral, aldehydes, or woodsy base when I think of the fragrance, though I can see those things are all there. Instead, Noontide sets a series of impressionistic memories into motion for me, a sort of hanging, moving Calder sculpture made up of moments in time. I think of renewed energy; the rush of a fruitful collaboration; the boost of a likeminded, ongoing conversation; wind so forceful and cold it sends your face burrowing down into the collar of your jacket, nearly pinning you to the nearest wall. I think of the distant past bearing down with that kind of force as well, I suppose because Noontide instantly reminded me of the fragrances I'd snuck into my grandmothers' rooms to smell as a child. Like few other fragrances, Noontide captured what I remember of those exhilarating, clandestine sniffs.

If I could pinpoint what Noontide does for me intellectually, it would have to do with creating links between the past and the present this way, not just personally but culturally. It isn't just that Noontide Petals is inspired by older fragrances or a period in time. It isn't just that it evokes or recalls - my years or someone else's. Like Miriam, the first fragrance from Tableau, Noontide represents a perfumer paying attention to the past, valuing it, immersing himself in whatever feelings and impressions that process conjures for him. Noontide, for me, speaks somehow to the conscious act of paying attention to where we are by acknowledging where we've been - not an attempt to recreate the past but to try to understand, appreciate, and respect it.  The aldehydic floral, as we knew it, is "a thing of the past" as they say. However out of date, it's also a repository of cultural information. Breathing new life into it feels like a political act to me - the kind only an artist can execute and only creative independence can allow, and it's a way of saying that the past is never out of date really; it keeps spinning back around into view. We're all living in that flux of memory, that constant whir of fugitive moments. Noontide finds that space and casts a gorgeous light on it, preserving it under ice.
Posted by Brian at 3/27/2013 02:58:00 PM

It makes me feel bad writing about perfume, and in particular Noontide! I mean, how can you write about a perfume you've only worn 3-6 times? And I reckon 3-6 times is generous compared to what some bloggers may spend with a perfume. That's not a judgment. I've done it too, and I do. The rush to try new things and get a perspective out there... There's value in it, for sure. But... it's not all there is and it's not the core of this hobby.

Anyway. Noontide didn't smell at all how I expected it to. I don't know exactly what I was expecting, though. I think it's more citrusy than I thought. It's interesting because on the one hand it smells modern and fresh and on the other hand it smells of ingredients from another era. Miriam, to me, was a nostalgic scent. Noontide is more forward-looking and optimistic. It's funny to read early reviews of it, before there is a "critical consensus" out there, seeing folks contradict one another... ahhh... I mean, if nothing else, perfume blogs provide me with some gossipy amusement.

Anyway, it's scents like Noontide that make me realize how much I suck at writing. Ah well.

No no no. If I make you feel you suck, shame on me. For real.

I love reading your blog. I love reading a lot of the blogs, and believe me, if a month went by and nobody was talking about a perfume I was dying of curiosity about, I would be a lot more aggravated than I should feel comfortable saying.

I think Noontide just sort of illuminated a conflict for me. I get super excited about a perfume I fall in love with - or don't, sometimes. Usually when I'm not excited I sit back with it for a while. I know better than to trust that most of the time. Although there are times, like smelling a mass market perfume, where it's clear to me that the brief was unimaginably...brief, and the disappointment is probably going to be permanent, if not corrosive, and the disappointment fuels a general malaise about where mass market perfumery is - since mass market, better or worse (oud, iris, anyone?), ebbs and flows into niche and indie and portends things to come.

But man, when you smell that fragrance, like Noontide, or others as exciting, you want to get on the bullhorn. I'm right there with everybody else. And that excitement is a huge part of why I read the blogs I still do.

Reading a blog like yours, especially, is a constant boost for me, because that excitement is still pretty pure in a way. It's still visceral. That isn't to say you're green. Because, God forbid, that's saying I'm...let's say, mercifully, seasoned.

I think for me it's this sense that we might really benefit from returning again and again to the things we've talked about, or "done" already. How do we feel about it a year later? Even I don't do that - and yet, we all acknowledge that fragrance has that strange kind of power of accrual. It can be ten things tomorrow it wasn't today. Many times, I want to write about a perfume I've already covered and some little thing in me says, no, talk about something new. I feel kind of trapped in that. But it's the nature of the beast, maybe.

By the way, I agree with you that Noontide is modern in a unique way. You feel how modern it is because it's speaking to the past in a contemporary vernacular. I do, anyway. There's a real tension there, a conversation between past and present I find unique. It's shining a bright light on its influences. And I've smelled enough vintage lately to appreciate that. The past, in those vintage smells, is gone - the top notes are degraded, something slightly has turned. We'll never know exactly how they smelled at one time. Noontide is very modern that way, reviving what I imagine they must have been like when they first came out and hit the skin of their earliest admirers.

I think about that with vintage perfumes a lot - that what we may be fetishizing in what we're smelling may actually be their decay. Wild.