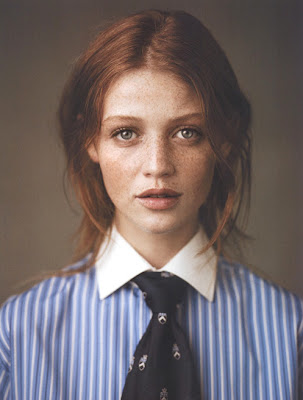 I resisted the Ramon Monegal line for a long time, for several old reliable reasons. The fragrances embody two emerging trends I'm not that eager to embrace - the ever-escalating price point of niche perfumery, and the  overabundance of choice presented by a start-up brand, which can give the impression, right or wrong, of trying to be all things to all people. I suppose all of this might have been mediated by instant love for the scents themselves. But it took me a while to come around to some of the Monegals I now regard as favorites. I went back repeatedly to smell them, and it's probably less accurate to say they grew on me than it is to say I grew into them.

Mon Patchouly is my favorite, by far - though Kiss My Name, a Carolina Herrera-esque fruity tuberose updated with hints of incense, isn't getting kicked out of bed any time soon. When I first smelled it, I was told Mon Patchouly was the brand's biggest seller, and I could see why. At the time, it somehow reminded me of the best mass market masculines - simultaneously familiar and unusual. Each time I came back to smell the fragrance, it surprised me, because while it's very well done and has something referential in it I can't define, it's even more unusual and singular than I initially gave it credit for.

Essentially a well blended study in patchouli, jasmine, and geranium, Mon Patchouly is classified as a Woody Oriental. I don't know why, when I first smelled it, I also thought it was pretty soundly masculine. True, there's some kind of barbershop after shave strain in the fragrance, but these days, I have trouble imagining many men I know wearing it. Like Insense, by Givenchy, it's a little more floral than most men unaccustomed to niche perfumery would feel comfortable wearing. It's constantly threatened with emasculation by that floral influence. That jasmine, however perverted by patchouli and geranium, is ultimately pretty gender bending by mainstream standards.

The patchouli cants things in the direction of classic masculines, but the jasmine is still front and center, singing "I feel pretty" - half in baritone, half in falsetto, like the breaking voice of a teenager who's just started growing facial hair. Mon Patchouly is more skirt and tie than even most niche "masculines" I'm familiar with, no matter how much the geranium underscores the masculine coding. This is all beside the point, unless, like many men out there, you feel a little vulnerable when gender distinctions start dissolving into hazy, free-floating halfway points. For this reason, a scent like Mon Patchouly is even more attractive to me than a wonderful smelling fragrance would otherwise usually be. I like a little anarchy in a scent, especially when it's smuggled in under a frilly skirt.

One thing I look for in a fragrance that costs more than I think it should is tenacity. After that, projection. Mon Patchouly is impressive in both respects. Too impressive (read: oppressive) for some. The customer reviews on Fragrantica alternate between unmitigated love and outright repulsion. I always forget how much some people despise patchouli, even when it's scrubbed clean and smoothed of all rough spots in the lab the way it tends to be these days. Yet it isn't just the patchouli, I suspect. The combination of jasmine and patchouli here is just below well worked out (another reason I like it, but also possibly why some can't tolerate it). Had it been what I felt was thoroughly worked out, I doubt the combination would have retained its slightly off-kilter appeal for me. Worse, for some, that strangeness never wears down into something less strange, which might be why more than one person has compared it to Mugler's Alien and Angel. Admirably, Mon Patchouly bucks another current trend, front loading the formula, which eventually, inevitably, tends to end up in the same banal territory the last fragrance has settled for. If you want to scrub Mon Patchouly within the first ten minutes, you might as well go ahead and do it. It won't be rewarding your patience any time soon.

The presiding combination of jasmine and patchouli - even an apparently squeaky clean patchouli and an indole-free jasmine - has a slight, if delicate, whiff of grunge to it.  This could come from some other player in the mix. I don't discern the alleged oakmoss, but with oakmoss restricted to within an inch of perceptibility, that's at least no surprise. Still, I can't pinpoint amber, vanilla, or olibanum either. Never mind. However exactly it does it, for something which seems to be playing such a familiar tune, Mon Patchouly veers off in some usually uncharted territory. I'll leave the question of whether or not that journey is worth the price of its ticket up to you. Currently, the Monegal line runs $185.00 for a 1.7 ounce bottle. This bottle, by the way, is quite the chunk of glass, reminding me more of a concealed weapon than anything a fragrance might come in. I smelled Mon Patchouly at Luckyscent.
Posted by Brian at 3/30/2013 03:56:00 PM

I pulled out my sample to view it in the light of being more a jasmine frag than a patchouli - enjoying it with it much better with this slant on it.

I like Lovely Day a lot too. Of them all, it was the feel good scent for me. I'm curious what the scent he did as a Nieman Marcus exclusive smells like. I like mon cuir a lot too.

This sounds right up my alley! I'm gonna have to try it!

Someone sent me a few Monegals as extras in a swap... Kiss My Name, Entre Naranjos, and one more, I can't remember. It may be Lovely Day. I really did not like Kiss My Name on the first wear. It was almost... metallic. I'll give it another go as it's the rare tuberose that doesn't work for me.

This sounds nice, almost makes me think of Caron's 3eme Homme from your description - which is one of my all-time favorite masculines.

You know what - now that you mention it - it does seem to have something in common with Third Man.