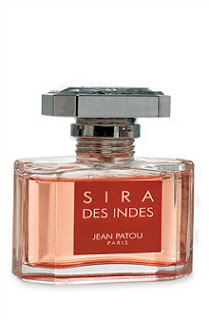 "The first time I passed through Switzerland," wrote journalist Ernesto Sabato, "I had the impression it was swept down with a broom from one end to the other every morning by housewives who dumped all the dirt in Italy."

Psychologists say we have three seconds to make a first impression. Even when we've only just met someone, and spend maybe all of several minutes with them, we leave with an indelible sense about their personality and character, an overall assessment which elides substance in favor of tone. We carry that away with us for better or worse, and we return with it, making subsequent decisions based on those early conclusions. Often the first decision we make is whether or not to have anything to do with someone again.

Is it fair to rush to judgment, or should we worry about it? First impressions can be misleading. Take the gruff woman you meet through a friend. You assume she's closed off, a snob, tight lipped because she has nothing to say. What's her problem, anyway? Turns out, you later discover, she might not say much but she doesn't mince words, either, and her silence usually means she values privacy. When you need her to keep a secret, she does.

And what about perfume? So much of my education has involved adjustment to and reassessment of things I at first either felt ambivalent about or reacted with extreme distaste toward. I loved Chanel Cuir de Russie instantly. I knew I'd just inhaled something truly great, a work of art; a masterpiece, even. Ditto Dzing! And Lancome Cuir. I smelled Une Rose and felt I'd finally found the perfect rose. On the other hand, there's Donna Karan Signature. I liked it from the start, but my feelings have changed, deepening over time, and what I first smelled is a much simpler picture than what I see now. Ivoire seemed only minimally interesting to me when I first found it. Now I find it something of a changeling, more complicated than I gave it credit for. Others, like Patou 1000 and Pure Poison, seemed inifinitely feminine to me at one point, a line drawn in the sand along the gender divide. Now I wear them very comfortably, and that line, washed away, keeps shifting, appearing somewhere else.

Maybe truth and fiction co-exist in first impressions, representing a code you crack over time. I expect my feelings about the following fragrances to evolve, and I'm fully aware that some of these gut reactions say more about me than the perfumes themselves, but I thought it might be interesting to explore my first impressions, looking for some kind of truth in them, as so much of what I write about perfume is carefully thought out, evaluated and re-evaluated.

Turpentine and violets are having a conversation, and birch tar keeps butting its head in. The violet is soft and a little moody. It can't quite say what's on its mind. This is the very best of the Lancome reissues, given a run for its money only by Sikkim. It smells of the leather handbag your mother was given at Christmas when you were a kid, off-putting and hypnotic at the same time. You want it to stay like that forever, with that fresh off the shelves clarity. It smells of Cuir de Russie and Heeley's Cuir Pleine Fleur, without the barnyard, like Caron Tabac Blond and Knize Ten without all the fuzzy distortion. This is fine store bought leather, lightly stained, with an oily finish on it that your fingers slide right along. It stays clear and bright on the skin without the sense that anything darker lurks in the wings. I used to hide in my grandmother's closet trying to get to the bottom of all the things that made her who she seemed to be. All her accessories and clothing. Why did she keep some things and discard others? Why did she favor one denim skirt over a pair of burgundy kulots? How did she wish to see herself, and how did that match up to how she felt? Did everyone else see the same person I did? Adults were endless mysteries to me; none more so than her. The thing I remember most about her closet was all the leather: belts and handbags and shoes. Even her Polaroid camera had leather detailing. I used to wonder how much of her would be left if you took all that away. The smell of the leather was tough and sweet, noxious but comforting. Like her skin, which was lined with age and tanned, it seemed like some kind of armor against something.

A big blast of galbanum right up top, along with the signature Guerlain depth of focus. It smells very much like a high end masculine. You can see a line straight from this to Guerlain Homme, and it has, thanks to the galbanum and what comes off like pungent narcissus, a camphoraceous intensity about it, rather than the mojito glued to Guerlain Homme's fist. Just a faint whiff of booze on its breath. No girly drinks for this one, though someone did put vanilla bean in the whiskey glass.

How can this feel so wrong--but wear so right? It's nothing like the reformulation, which is straight up powdery woods. This has a strange, nearly off floral formality missing from the update. That influence doesn't make it old lady as much as off its rocker. If this is old lady, she has a towel over her head like a turban, fastened with a brooch you mistake for costume jewelry at your own risk. Befriend her and you might have inherited it. She's hard of hearing and listens creatively, so she might take your condescension for friendship either way. Magie Noire has a weird, fruity influence which mingles not altogether comfortably with what appears to be narcissus, like the honey people sometimes infuse with chamomile. Strangely, it smells more modern than its latest iteration, putting it closer in mood to the latest Visa than the late great gone forevers.

This is almost photorealism gourmand, smelling of tea steam and gingerbread. But there's something there you instinctively know not to swallow. It isn't just foody, but the room and the mood of afternoon tea time. Intoxicating, evocative stuff, endowed with an emotional undertow devoid of any apparent rational sense. I don't know the Cotswold cottage it conjures. But I can see it like a memory of sitting there. The walls are yellow from the morning sun. Someone is at the sink with his back to me, getting the tray ready. I'm hoping for biscuits. There are mismatched ladder-back chairs and woven place mats on the table. The shadows are gentle. Outside the yard seems respectful of the house's scale, with a modest garden and well manicured patches of cascading shrubs. It seems picture perfect and just as I start to wonder where I put my digital camera, the neighbor passes the open window in his overalls, waving jovially, and the stranger in the kitchen, bringing the tea over, sees the neighbor just in time to tell me all about his predilection for local underage boys and dress-up in his wife's clothes. In some ways, this is a throwback to Magie Noire, a comparison I might not have made without spraying them on two sides of the same arm.

It's as though someone put a scrap of paper in an ashtray alongside a not-entirely snuffed out cigarette, and the only thing on hand to douse the fire before it got out of hand was a bottle of Guerlain Vetiver. The juice turned grey green in the glass, smelling and looking like fragrant, dissolving coal. This smells fantastic but I'm already preparing myself to defend it by anticipating exactly how its detractors will dismiss it. So many people are so anti-smoke. Back in high school, we lived across from a city park. It was close enough to sneak over for cigarettes. Something about the smoke mixing into the evergreen and concrete of that environment calmed me down, putting my angst into perspective. It made cigarettes seem perfectly natural too, practically harmless. Surely those big tree could take it. On Fall days you could smell the dirt and the grass and car exhaust from the kids driving their parents' cars around the relatively safe back roads of the park. It wasn't unusual for someone in one of the adjoining neighborhoods to be burning leaves. Even when they weren't, the memory of bonfire from Homecoming past or approaching played heavily on the mind.

I've heard bananas foster but to my nose it's pear. After which: some very expensive apertif, some sweet but bitter cordial served in a squat but fluted glass you might snap in two if you grabbed with more than your thumb and forefinger. If this is in fact bananas foster, someone soaked it in Joy, rendering it heady but inedible (and indelible). With Patou you get a curious transparency, similar to Chanel, but in place of Chanel's chilled glass lucidity, Patou provides warmth, a clearheaded sense of burnished texture. Picture a woman with natural blond hair. She's sitting under indirect sunlight, and you see every facet of the color. It isn't "just" blond, like a cheap at-home kit, all uniformly hued, but infinitely varied, with depth and volume you can't imitate without accomplished artistry. Blond turns out to be an amalgam of things, some darker, some lighter, yet the end effect is the sense you could look straight through the back of the head to the freckles on the front of her face.
Posted by Brian at 12/08/2008 07:32:00 PM