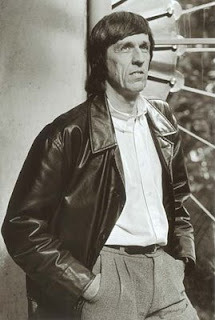 Hearing perfumer Michel Roudnitska discuss his creative process, you might mistake him for a novelist. Each perfume, he says, represents years of training and experience. During that time, the decisions he weighs are similar to a novelist's worries and concerns when trying to balance the bigger picture of a 200-plus page novel. Will the introduction of one element wreak havoc on balance and proportion? Do individual characters move along in believable directions, contributing to the harmonious sense of a world in microcosm, or do they stick out and strike out in unbelievable, inconsistent ways?

During their gestation and construction, novels, like perfumes, inhabit the minds of their creators, living with them. Their authors walk around in these worlds for years at a time, seeing them differently from day to day, tweaking, eliding, deleting. They see the world differently through this lens, too, and bring that back into the process. As Roudnitska says, for him, the template is always the natural world. You use synthetics to evoke it or recall it, but the process is recreation, not replication. Often, synthetic molecules get closer to the source of their inspiration than the natural materials produced by that source do. A perfumer's objective isn't just to create a wonderful fragrance in its own right. He or she also seeks to maintain a certain level of consistency from one production to another. For Roudnitska, this means that Noir Epices, created for Frederic Malle, must speak in some thematically consistent way with Debut, created for Delrae. Each perfume might be a world unto itself, but it belongs to a larger universe.

What is that universe? It can take a long time to determine what ties an artist's work together, unless some readily apparent trademark emerges. Roucel is known for his Magnolia accord, and all of his perfumes share something tangible, however inarticulate that might be. Likewise, Annick Menardo and Sophia Grojsman. Then again, these three are prolific, and have quite an expansive body of work behind them. Roudnitska has created a handful of perfumes, many of them admired, most of them respected. What else besides their high level of quality links them isn't yet exactly clear. You can look at many novelists with ten books or more under their belt and make quick, intricately webbed lines between them. The parallels pop out at you. With novelists of only several the similarities, where visible, sometimes tend to be cruder and more superficial.

Roudnitska's Delrae perfumes are wondrous things. They aren't necessarily a series, not sequels per se, but they're clearly related. Each is a complicated vision of the world, embodying the breadth and scope of an epic novel. Tolstoy wrote War and Peace in 1869. It took him eight more years to complete Anna Karenina; nine more to produce The Death of Ivan Ilyich. Roudnitska has produced five fragrances for Delrae in the course of 4 years. Four of these were created between 2002 and 2004.

Each is fully realized, more intricate by far than the majority of perfumes released in twice as much time--mass market, niche, or otherwise. Where many perfumers create small, personal novels, Roudnitska seems intent to tackle the universe, and the room he creates, within which a wearer can roam and imagine, is equally boundless. Says Roudnitska: "To reduce the fragrance to a simple instrument of seduction or a toiletry product, as is often the case, vastly limits the possibilities of this nevertheless very powerful medium to touch our souls." Where some perfumers aim for the libido, via the pocketbook, Roudnitska aims for the psyche. His fragrances, to extend the novel analogy by way of William Faulkner, seek to fit the whole world on a postage stamp.

Bois de Paradis is Roudnitska's own favorite. It was two years in the making and involved 300 trials: "Before I started, I had a quite precise olfactive shape in my mind," he once said. "The mere thought of the potential fragrance outcome was enough to make me crazy: a mix of cedarwood, wild rose, exotic fruit jam and tasty 'marron glacé'. Gathering all my favorite ingredients in a new harmonious composition seemed like an impossible dream to realize. "

Fitting then that the result is so impossibly lovely, a mix of the literal and metaphorical, evoking fragrant rolls in the hay, sun-baked grass and stewing fruit, crimson rose bushes against the vista of a setting sun, and the strange, inexpressible beatitude of a journey through the cosmos. Like all the Delrae fragrances, Bois de Paradis uses the best materials, achieving that admirable rarity in perfume: a sense of lush succulence with the depth and textured clarity of a life fully lived. It smells like nothing on earth and yet feels remarkably comforting, emotionally familiar. Citrus, French Rose, fig, blackberry, spices, woods, amber: this is abstract perfumery with the precision detail of photo-realism. It's just that the photo depicts fluctuating emotions and moods, rather than fixed objects and places. As Roudnitska said of his father Edmond's Parfum de Therese, Bois de Paradis is "at the same time very round and with so many facets."

Where Bois leans toward dense, golden hues, Debut is a study in verdancy, with a deceptive mood of transparency. Lime, green leaves, linden, cyclamen, and vetiver are perhaps the first impressions to register, if one starts to delineate the fragrance's effects. That's a little like describing fireworks individually by the colors they make, rather than collectively by their patterns and sounds. From under Debut's green layers, lily-of-the-valley emerges, along with honeyed sandalwood. The musk, you eventually realize, has been there all along, so saturated in green it went unnoticed for a while. Debut does last a while, and then some. For an eau de toilette it had remarkable longevity. The toilette was reportedly replaced by eau de parfum, though the bottles I've seen in stores across the country are still edt. Though marketed as a feminine, Debut relates obliquely but significantly to Grey Flannel. It contrasts damp against dry in much the same way, with a sheer, bright aspect distinctly its own. If Bois is the warmth of a sunset, Debut is the cool, fresh morning air, before the sun has cleared the roof and struck the lawn.

Amoureuse is commonly regarded as Roudnitska's most intricate composition for Delrae. It tells a complicated story, with plots and sub-plots, protagonists and antagonists, crowded scenes and heavy emotions. An apt comparison is Marcel Proust, whose Remembrance of Things Past was published in seven installments from 1913 to 1927. Where the other Delraes tell one story, however dense the exposition, Amoureuse is many novels in one. Various people I know plan at some point in their lives to read Proust, to finish his novels, each of which is upwards of a thousand pages. It's a huge investment, not just in terms of time but concentration. I know two people who've made the commitment. One said the experience of reading the novels, which took him quite a while, illustrated the things the books had to say about life and memory. Your mind tries to keep track, is constantly making new associations, remembers things one way and another, experiences the thing you're doing through some other thing it recalls.

Some find this density too much. They admire Amoureuse for its complexity but rarely if ever wear it. They consider it the best of the line but wear the others more often. I confess: Swann's Way, the first novel in Proust's multi-part opus, sits on my shelf, where it's been for fourteen years now, unless you're talking about the more recent translation I bought thinking it might somehow render the thing easier for me to read. The medley of jasmine, honey, woods and fruit in Amoureuse seems to extend in all directions, echoing across space. It covers too much ground to take in easily. Sometimes, you want a quick read, which isn't to say that any of the Delraes are beach books; just that Amoureuse, by comparison, is a monumental experience, one even the people around you might not wish to get sucked into. Jasmine, Honey, woods, and fruits seem harmless enough, simple and straightforward, like the Madeleine cookies Proust remembers from his childhood. But, oh, what those cookies represent, what "spaces traversed". Revisiting one, Proust's mind tangles in baroque patterns:

"Undoubtedly what is thus palpitating in the depths of my being must be the image, the visual memory which, being linked to that taste, is trying to follow it into my conscious mind. But its struggles are too far off, too confused and chaotic; scarcely can I perceive the neutral glow into which the elusive whirling medley of stirred-up colours is fused, and I cannot distinguish its form, cannot invite it, as the one possible interpreter, to translate for me the evidence of its contemporary, its inseparable paramour, the taste, cannot ask it to inform me what special circumstance is in question, from what period in my past life."
Still with me? Look at how long, how labyrinthine that last sentence is, and so it is with Amoureuse: meticulous and daunting, merciless perfection.
Whatever their creator's favorites, Debut, Bois de Paradis and Amoureuse seem to be the buying public's preferences, whether the bottle sits unused or in heavy rotation. Eau Illuminee rarely gets the love. Of the four Delraes, it seems the least appreciated, and yet I love it most of all, I think. It tells a much simpler story than the others, but again, sometimes you don't want someone talking your ear off. That simpler story, simply put, is lavender, basil, bergamot, vanilla, orris. Eau Illuminee is cologne in edp concentration, and just gets going when most colognes have extinguished their energies. Some find it sour, and some days I agree, as if the basil speaks louder on one day than another. But the sour tang of basil isn't unattractive to me, and whether it decides to make itself known on any given day makes for an interesting twist. Eau Illuminee is fresh and tart, chilled citrus for the first part of its lifespan. Gradually it moves toward vanilla and orris, but it never loses its lavender orientation the way Pour un Homme seems to. Vanilla doesn't grandstand. Eau Illuminee clears my head, creating a sense of well-being.

Debut is cooler than Bois, though not as bracingly cool as Eau Illuminee. Still, it relates more directly, at least superficially, to Eau Illuminee, just as Bois de Paradis relates more directly to Amoureuse. The fifth Delrae, Emotionelle, isn't yet widely available. Who knows where it will fit in. It should also be mentioned that there is a definite dialogue going on not just between the Delrae contructions but between these and the work of Edmond Roudnitska, creating deeper levels of meaning and association. The citrus green language of Debut and Amoureuse, as many have noted, has roots in Diorella's vocabulary. The sumptuous lily note of Amoureuse recalls the clarity of Diorissimo's muguet, while its fruity influence updates Rochas Femme. There is masterful subtlety in everything Michel does, but one thing is glaringly obvious this early on in his output: none of his books can be read by their covers.

[This article is indebted to all of the bloggers who have explored Delrae long before me. Particular thanks to Bois des Jasmine's interview with Roudnitska from 2005: http://boisdejasmin.typepad.com/_/2005/10/interview_with_.html]
Posted by Brian at 12/12/2008 03:31:00 PM

Nice post! I enjoyed reading it. I'm been looking for topics as interesting as this. Looking forward to your next post.