Dandy of the Day: Kristen Wiig 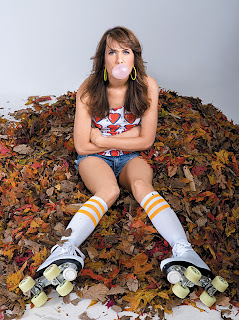 “I invented air so you owe me 10 cents every time you breathe.”

It was simply a matter of time before Kristen Wiig was our Dandy of the Day.

Now that our beloved Tina Fey and Amy Poehler have left SNL, Kristen Wiig is suddenly the veteran female cast member. Time has flown past so quickly it’s hard to believe that Wiig (pronounced “Wig,” as in hair piece) has been on SNL since 2006.

Wiig plays numerous hysterically funny characters. She’s a masterful comedienne and impressionist and is also unusually beautiful for a goofball. Wiig plays a character named Penelope on SNL who makes me laugh so hard tears roll down my checks. Penelope is a compulsive braggart who needs to one-up everyone around her. The skits have Penelope interrupting people to boast about not only having done every single thing they’ve done, but ten times better. Penelope’s claims are so exaggerated they barely make sense – as she twirls her hair around her finger and trails off every third sentence with “…so….”

I like to imagine Wiig is every bit as nutty and irreverent as her characters. A person who plays the female half of the “A** hole” couple, Target Lady and screams “I said WE!” with reckless abandon must be a dandy offstage, too.

Kristen Wiig likes to wear delicate white floral scents. For the past year, she’s been enjoying Kai perfume, paired with Kai body butter (which she read was one of Oprah’s favorite things).
Posted by Abigail at 1/16/2009 10:37:00 PM