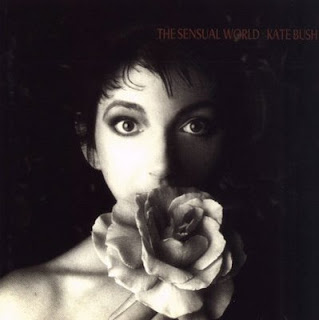 Kenzo Kashaya was created by Sophia Grojsman in 1994--the same year Cashmere Mist, Havana, G Gigli, Jaipur, CK One, and Iris Silver Mist came out.  It comes in a carnival glass bottle shaped in leaf-like abstractions.  Osmoz classifies the fragrance as Oriental - Floral.  Like all of Grojsman's work, Kashaya is powerful, with impressive if not potentially assaultive sillage and persistence which seems equally tenacious.

Like the bottle, which reflects red, orange, yellow, and fuschia in different combinations, depending on how the light hits it, Kashaya reflects and recalls various characteristics of Grojsman's well known oeuvre.  You can smell everything from Spellbound to Diamonds and Rubies in there, and at first you might even mistake it, as some online have, for Lagerfeld's Sun Moon Stars, which was released a year earlier.  Aside from sharing some inarticulate, decidely Grojsman-esque quality, the two have very little in common.  In fact, Kashaya seems unique for the perfumer, conveying a mood very specific to orientals, a category she hasn't exactly made a name for herself in, aside from random entries here and there, like Tentations, for Paloma Picasso.  Kashaya is less floral than many of Grojsman's fragrances (see Paris, Calyx, Yvresse, Boucheron) and not nearly as spicy (see Tentations and Spellbound).  It has a pronounced, stealthy vanilla accord and a curious mellowness to it, whereas other Grojsman creations persist in a vibrant state of excitement on the skin for hours, thrilled to be there.

For whatever reason, when I go to my perfume cabinet, the things I reach for most often seem to be Grojsman's perfumes.  People detest Spellbound (Oh the clove, the clove!) and yet I grab it even more frequently than the others.  I believe some of this, or a lot of this, has to do with the immediate gratification offered by Grojsman's work.  The very things people complain about (the strength, the projection, et al.) are the things which attract me the most.  Perfumers, like most artists, are eventually referred to with a marketable shorthand.  For the most part, they're much more complicated than the tags applied to them.  Grojsman's reputation is as a sensualist, and she's of course much more too, but there's a lot of truth there; putting Paris up to your nose is indescribably intense.  Yvress is just about the loveliest, most succulent perfume I own.  And Spellbound, as much as it's derided, is shot full of sensual pleasures (and how, which seems to be the problem for some).  It comes down to this for me: these perfumes have openly narcotic properties.

Kashaya is as intensely pleasurable as anything Grojsman's done, and lives uniquely on the skin.    Don't misunderstand: the florals are there, but they're integrated differently than in the compositions where they take or demand center stage.  Those florals are, specifically, jasmine, orchid, tuberose, and carnation (that old Grojsman reliable).  They're laid out against sandalwood, musk, vanilla, and amber in a way which takes them in uncharacteristic directions, playing up different aspects of the Grojsman artistic project.  Personally, I think Kashaya makes a good masculine, but I wear Paris, Yvresse, and Calyx without complication or inhibition, troubling myself not one second over whether or not this "seems" appropriate or can be "justified" theoretically in some way.  Unlike Tentations, Kashaya is still petty easy to find online, and affordable.  It comes in EDT, which lasts just fine.  I always thought EDP was sort of overkill when it comes to Sophia Grojsman.  It's like picturing Picasso's cubist work done in day-glo, neon paint.
Posted by Brian at 1/28/2009 06:36:00 PM

I've never heard of this one - I'll have to seek it out.

I've been wanting to try this one for a while now...I'm enamored with Grojsman's work. Most of us don't know that she also did Exclamation! (yes, that Exlamation), which is really a great perfume if you're on a budget.

Do seek it out, Tania. I really like it and you might too. I understand why people dislike Spellbound with such passion, theoretically, but in practice it makes no sense at all. Yes, it's strong. So is Paris.

Dane, I always forget to mention Exclamation in my posts about Grojsman. I don't forget to smell it though. And actually several Grojsman fragrances are very affordable, steals even, including Kashaya, which seems to be pretty cheap online from my cursory search. Diamonds and Rubies can often be found at Marshalls and such for nothing. It relates to Spellbound pretty directly and is instantly recognizable as a Grojsman fragrance. It lasts well. It smells of carnation, like Spellbound, without the relentless focus on clove. I really wish there was more information on the perfumers I love. There are interviews, here and there, but precious few when you consider how obsessed some of us are with these people and the work they do. It's a disadvantage when it comes to writing about them. Unlike a filmmaker or a musician, whose biography becomes a big part of the publicity behind the "product", they are kept sort of shadowed, and you're forced to talk only about the perfume and how it smells to you, ultimately. In some way that seems like a disservice to the art of perfumery to me.

I can't believe I haven't been an avid reader of your blog. Well I am now.
I love your command of the language, indeed the use of such metaphor to convey your love of these fragrances.
I haven't smelled Kashaya in such a long time, but I have a bottle on the way.
Thanks Brian.
: )

Hmmm..You have sealed the deal for me.Will happily invest in a blind buy.We have no perfumeries in Syd,Aust and the Dept store fare is foul!Hope you are well Brian,i no longer see you on Facebook? Best,Gino.

Hiya Gino. It's worth checking out. I love it.

I'm on a facebook hiatus for the time being. I'm trying to focus on editing the latest film and needed to turn off the noise for a little while.