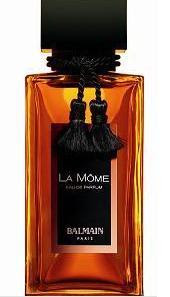 Edith Piaf, usually regarded as France’s most popular singer, is a legend in France. Her grave site, at Pere Lachaise cemetery in Paris is perhaps the most visited in the cemetery.

Piaf was born Edith Giovanna Gassion but was given the nickname Edith Piaf or La Mome Piaf which means “Waif Sparrow” or “Kid Sparrow” or “Little Sparrow” because she was a mere 4’8’’ tall (1.42 m).

Piaf’s life was full of tragedy and miraculous success. The story goes that she was born on the street (literally on the pavement, but her birth certificate suggest a hospital), her mother was a café singer with very little care for her newborn daughter, her father a street acrobat. Piaf was raised surrounded by prostitutes at her grandmother’s brothel in Normandy. At the age of 17, Piaf gave birth to a daughter, who died 2 years later of meningitis. Piaf took many lovers, among them a pimp and married twice. The love of Piaf’s life, the married boxer Marcel Cerdan, died in a plane crash while traveling to visit her. Piaf’s life was full of sorrow, heartache, and enormous success as a singer; she sang through her emotions, causing the audience to feel what she was feeling; she was simply amazing to see and hear.

Given the story of Edith Piaf, one might expect the fragrance created in her honor to be glamorous, aggressive, sultry and attention seeking. Something with leather or tobacco, along the lines of Chanel’s Cuir de Russie, Bandit or Caron’s Tabac Blond. Oddly, this is not so. Piaf lived from 1915-1963, so I would suppose, that a fragrance dedicated to her, ought to evoke this time period. Balmain La Mome is a soft, powdery feminine fragrance.

The notes for Balmain La Mome are rose, freesia, violet, pink pepper, myrrh, amber, opoponax, orris and musk. It is not a modern scent but instead has a vintage feel, it is certainly reminiscent of the time in which Piaf lived. Upon wearing La Mome, I found myself thinking about the scent and Edith Piaf and wondering whether there was any connection between the two. What I concluded is that La Mome depicts Piaf’s inner world, her personal life and what she wished it to be, a place of love, kindness, friendships, family and peace.

La Mome, the fragrance, is cozy, warm, subtle and gentle. It does not sing or shout, it whispers shyly. La Mome is not a theatrical perfume, certainly not for the stage; it’s for an introverted evening at home, next to the fire, with loved ones. To take it a step further, I’d say Balmain La Mome evokes motherhood, it smells of powder, Desitin cream and a clean babies head. Once dried down, La Mome is remiscent of a Guerlain scent, it bears a strong similarly to the sweet Guerlainade base.

All in all, Balmain La Mome does not conjur Edith Piaf for me. If anything, it calls to mind an image of the cozy, loving home Piaf would have wanted behind the scenes, outside of the public eye. The fragrance is nice; it’s pleasant, pretty and seems vintage, just not what I was expecting. 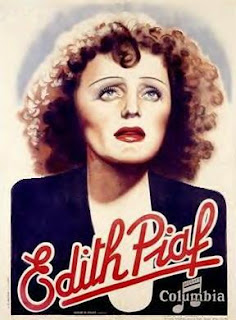 I would love to try this. I must say, the bottle and black tassels are wonderful.

LJ,
It really is nice. Just wasn't what I expected. But if you like sweet rose-violet perfumes with a powdery base you could really enjoy it.

I agree heartily w/ your assessment of this.
[Isn't it an odd one.]

Definitely NOT redolent of the brutality of her life....
Another aspect, is the 'marine' quality, the initial limpidity, which infuses this scent.

I've always loved Edith Piaf, more so, now that I've found out, I am taller than she was!

Thanks for the review. I believe one can get this for a good price at parfum1.

C ~
La Mome is truly a pretty scent - it just takes some adjustment if you were expecting something entirely different. I was wearing it all evening yesterday - after writing the piece on the blog - and I kept getting whiffs and thinking it really was quite nice.
K ~
Yep, Parfum1 is where I got my bottle. It's ridiculously cheap!

Is it different to the other balmains - especially Jolie Madame?

LJ,
Jolie Madame is much more bold. La Mome is very soft and much sweeter, but, yes, it has the overall Balmain vibe.

God rest her soul...I have heard of her, but wasn't aware she led such a brutal life. That Ab Fab sketch suddenly isn't quite as funny.

Sweet rose violet perfumes with a powdery base are my very favorites, unsophisticated peasant that I am, so I will defintiely be buying this, thanks!