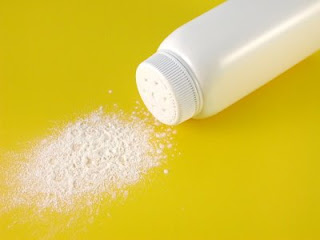 Abigail and I agree on a lot of things, and are often right on the same page on any given number of subjects, but every once in a while we part ways when it comes to a particular fragrance. A while back, after buying a bottle of Teint de Neige, she observed that it smelled of baby powder; nothing more, nothing less. Hearing that, I might have passed on Teint de Neige altogether. Who wants to smell like baby powder? And in fact, when I ran across some of Villoresi's fragrances in Milan, I smelled everything but Teint de Neige the first few times I visited the shop in question.

I'd never read the Chandler Burr review, which awarded the fragrance five out of five stars, but I'd heard a lot about Villoresi on the perfume blogs. I liked what I smelled, but not enough to buy anything. A few days before leaving Italy, I finally asked to test Teint de Neige, figuring I should at least be familiar with it, and I was surprised how much I liked it. I liked it so much that, after spending a day with the sample I'd been given, I returned to buy my own full bottle. Teint de Neige (color of snow) does smell like baby powder, which is why I initially dismissed it. Gradually, I realized it smelled like a lot of other things to me too: almonds, rose, jasmine, musk, orange blossom, vanilla.

In some ways, Teint reminds me of Hypnotic Poison. The two share a strange, lactonic-floral undertone. It also reminds me of make-up, the aroma of cosmetics, a smell I really like for various reasons, most of them having to do with nostalgia, evoking memories of my childhood fascination at how much time my grandmothers and mother spent putting on their faces. Teint smells vintage somehow, and formal, and something about it brings to mind the powdered wigs, cakes, sets, and fashions from the film Marie Antoinette. Like that film, Teint de Neige is very specific, maybe even exhaustive, in style. It's a very focused fragrance, and this might preclude many people from enjoying its more subtle attractions.

As Burr says, Teint de Neige has great longevity and diffusion. Many of Villoresi's fragrances seem to, and the discussions and reviews about them often point out their strength of character. They are frequently slammed by Luca Turin, who seems to have decided, if not decreed, that their maker has no talent. Aside from Mona di Orio, there are few perfumers to whom Turin and Sanchez are more thoroughly unkind. Villoresi is dimissed as a talentless hack, while Orio is regarded as a sort of impostor, pretending to have studied with the great Michel Roudnitska. Both Burr and Turin are dismissive of various perfumes. It isn't often they dismiss an entire line. Even rarer that they dismiss a perfumer him or herself. Even the worst seem to produce something of interest now and then. I forget how much influence these kinds of reviews can have, and how insidiously they affect the attitude toward a brand or a specific fragrance. I was surprised, too, when I smelled di Orio and realized how much I like her work.

Fortunately, people seem to swear by Villoresi, and, according to Burr, Teint is Villoresi's biggest seller. The shop where I bought my bottle stocked it more than any other, in two sizes, whereas every other Villoresi but Patchouli came in only 3.4 ounce bottles. I bought 1.7 ounces because Teint is strong and requires very little. To me, it works better faintly, as if a hazy but persistent memory.
Posted by Brian at 6/21/2009 07:09:00 PM

When I first smelled Teint de Neige, I was instantly reminded of Laura Biagotti's Roma and Paestum Rose. These 3 fragrances strike me as having an Italian style, although beyond the resinous quality due to the frankincense and myrrh they contain, I am not sure I can put words to it.

Teint de Neige smells so much like powder that I think it is a very useful unobtrusive perfume for all those offices (like mine) in which perfume has been banned.

Ultimately, I found Paestum Rose to be the most bottle-worthy, buying mine in Positano on a recent visit.

When I head back to work, I may just get some Teint de Neige though.

We must be on the same "wave-length" or something - I feel the exact way about Villoresi and often feel that I must be the only person who enjoys his wonderful work. I have 9 of his fragrances!!!!....Alamut, Garofano (my first and still my favorite), Incensi, Donna (love the rose in this), Musk (I've given this as a gift numerous times), Piper Nigrum (this one is difficult on my skin) Yerbamate (so delish in summer) and of course, the beautiful, Teinte de Neige.

I'm so glad to know that someone else besides me and Chandler enjoy the Villoresi line.....you're so right - Turin and Sanchez have really tainted the reputation of Lorenzo's amazing talent.

Also, I'm a decant-virgin, but I would be willing to send you (and Abigail) some decants of his stuff if interested. Just let me know...

The great thing about shops in Italy was that they actually gave you samples of fragrances you'd been looking at, rather than just tossing Jessica Simpson Fancy or Givenchy Very Irresistible in the bag. When I bought Teint I was given Piper Nigrum, Patchouli, Garofano, Donna, Alamut (haven't even smelled this yet), Yerbamate, and Vetiver. I smelled Spezie when I was there and loved it. I was disappointed they didn't have Incensi and a few others. I would love decants of the ones I haven't smelled.

I've never smelled Roma, anonymous. What does it smell like? I SO want to like Paestum Rose. I do like it, but it doesn't project on me--at all. I love the smell and wish it would. I actually think Teint de Neige becomes less inoffensive, let's say more interesting and dissonant, on a guy. It creates a nice confusion of signals, forcing you to re-evaluate the smell a little.

Hi Brian. I've never tried this one and certainly the "powderbomb" reputation doesn't put it high on my "must try" list. Your review helps bump it up a notch, and perhaps reading Burr's review would elevate it even higher in the queue.

However, I have been craving a bottle of LV Sandalo for quite awhile after going on an extensive sandalwood sampling quest last fall. It was simply the "truest" sandalwood of all I tried (which included Tam Dao, Tonatto, Etro, Bois des Iles, and others). I must sample more Villoresi fragrances.

Teint de neige does not mean the colour of snow but snow-white-complexion. It is a mistake perpetuated by a translator on the villoresi site who just doesn't know correct French. Teint- skin and teinte, with a final e means colour. An E can change so much!

Thanks for the clarification, Krystal. Amazing how these things get passed around virally, whether they're right or wrong or somewhere in between.

I love Teint de Neige and I am a straight man but not shying away from it, at all, since I believe it's a wonderful clean and powdery fragrance that's created for Ladies just based on marketing's issues, in fact most fragrances and especially niche ones don't have any or should not have any denominations! There's a lot of potent Iris in it❤️ and I find bizarre almost nobody mentioned that, and of course powdery notes, musk and heliotrope. Teint de Neige & Mazzolari Alessandro ( unisex) have been my signature fragrances for years! When I was teen I was always wearing the then brand new Mugler's Angel, then I switched to these 2 and just love them ! And I wanted to add: you may be surprised but there are instead a lot of people out there who love heavily powdery fragrances, and some like me 😇 who just love to smell like talc / baby powder : it's just a matter of taste I believe and of skin's chemistry of course! And perhaps I'll add also a matter of what you do, where you live and what kind of lifestyle : I am an artist who plays rugby though ! You figure! 😀