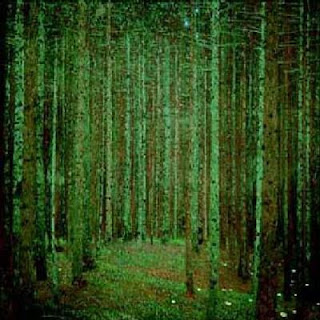 Yes, it has that weird, Godzilla synthetic vetiver all the older perfumes have been "updated" with, and it smells a little cleaner than it once did, but I liked it enough to buy a small bottle of soie de parfum. An at first sharper, then mellower floral aldehyde than another favorite, Lancome Arpege (which also has the vetiver in question). Caleche dries down to a warm, subtle but persistent skin scent. Once contained oakmoss, which isn't listed on the box I own. An interesting example of a masculine aldehyde: soapy and robust, then golden-hued and langorous.

Like a ghost twin of the original, this Tom Ford-directed flanker to the flagship Lauder fragrance is a sheerer version, spectral by comparison, yet without feeling watered down or otherwise diluted. I was excited to find it in the Duty Free at the Milano airport, in the Lauder section, though Lauder doesn't sell it or stock it anymore elsewhere. The bottle updates its ancestor as well. Amber Nude is boozier than Youth Dew, subtracting some of the balsamic heft which can make YD smell so baroquely excessive on the skin. I prefer the original, as it projects the impression its wearer harbors interesting secrets. But Amber Nude is a nice, refreshingly uncomplicated alternative.

Oh how I love this stuff. An old reliable for Clinique, sold only during the holidays in the United States. In Europe, it's sold year round. Bracingly green, it comes on like a morning in the woods, cold enough that your breath fogs. Technically a floral aldehyde, it smells very little like one, submerging rose, hyacinth and orris under a carpet of artemisia, lavender, mace, and cedar. The pyramid lists leather, patchouli, and a marine note. I get none of these, which isn't to say they aren't there, just that they're very well integrated. I'd like to know who created it.

Smelling this, I feel protective, like the drama queen who famously ranted and wailed against Britney's detractors on youtube. Leave Mona ALONE. This reminds me of Bal a Versailles, old and new, but mostly old, thanks to the civet. Nuit lasts, is by turns alarmingly strange and wondrously addictive, is weirdly maligned, and yet people do love Mona's fragrances. Once, in Portland's Perfume House, a woman came in off the street and after smelling Arabie for the first time said she hadn't experienced anything that wonderful since Oiro. The guys at Aedes in NYC sold her on a bottle, and describing it to me her eyes rolled back into her head. I didn't understand this when I first smelled Oiro, months later. But I sprayed some on and went to a movie, and halfway through, I fell in love with the little spot on my hand where I'd sprayed it. Mona's fragrances develop like no other I know. They actually have stages. They're moody little things, deepening on the skin in complicated Escher-like patterns. It's hard to see where they're taking you when you first set out with them. The trend in contemporary fragrance, oft-noted, is geared toward the first ten minutes, a hard sell in the top notes, and chaotic banality in the dry down, such that there is one. Nuit works in direct opposition to this. It doesn't bullshit you. It doesn't pander. It takes its time, and patience pays off in dividends. Supposedly, Aedes has stopped carrying the line, making it even harder to come by in the states. Perhaps the guys behind the counter got tired of batting their heads against a brick wall.
Posted by Brian at 6/23/2009 10:13:00 AM

That is the best defense of Mona I've ever read. Fantastic. And I'd always wondered what Wrappings was...

You can add me to the list of Mona fans. I now have Oiro, Carnation and Nuit Noir, and they are all wonderful. The one dud I found was Amytis (the only other Mona that Liberty carried). I could tell there was artistry there, but Amytis had a persistent note I just could not get along with.