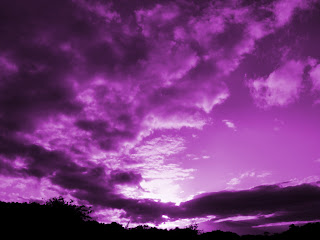 I’ve already reviewed Insolence edp. This week I wore it several days in a row and realized that I really, really love this stuff.

I think the edp is so much better than Insolence edt and My Insolence that I wish Guerlain had the sense to give it an entirely new identity. The name “Insolence” is awful. I don’t like Hilary Swank as the face. The bottle is doesn’t fit the fragrance. In short, I think Guerlain really screwed up.

Most stores carrying Insolence edp don’t even realize they do or the sales associates are confused about the difference between the edt and edp. Didn’t Guerlain realize this would happen? I’ve been told numerous times that the edp is simply a stronger version of the edt. It’s not, it’s a different fragrance. I’ve been told there’s no such thing as Insolence edp when it’s right on the counter.

If Guerlain had properly marketed and launched Insolence edp it would be flying off the shelves. If it had been given a worthy name, all it’s own, something along the lines of L’Heure Bleue or Apres L’Ondee – something romantic and wistful – attached with an evocative marketing story – it would be a modern classic.
Insolence was created by Maurice Roucel for gosh sakes. How did Guerlain not realize how special this juice was?

I'll join in on a general rant with you and say I'm say tired of SA's saying that EDPs are a stronger concentration of EDTs and always the same scent.

I can't tell you many times I've heard that song and dance as I'm sure we all have.

I'm going to give Insolence EDP a try Abigail....I really want to sniff it now!

SAs always say that the EDP is just stronger. It's like the old crock about not rubbing your wrists together in case you 'bruise the molecules'! I've heard them say that a alot. I saw it in a magazine yesterday, too. They do know that it is not physically possible, surely?

Anyhow, I must have a sniff at this, too. If they have it in my local stores. From what you say, they could have it and not know it....

What is your email address? I am trying to contact you on behalf of Aramis and Designer Fragrances.

Well, I found Insolence edp in my local store.
Or at least, I found the tester. What they had for sale was Insolence edt and Insolence Eau Glace, but the tester was the edp! So if they are really different scents, anyone who buys Insolence edt based on the tester is in for a surprise, I guess. I pointed this out to the SA, who plainly thought I was talking complete bollocks.... ;-)

I tried the edp, and I'm afraid it's not for me. Too much of a synthetic 'mall scent', if you know what I mean. (The same problem I have with Infusion d'Iris, Alien and Addict, to name only a few. I think niche has spoiled me...).

I love Insolence. I adore Insolence EdT. I love the EdP. I even love My Insolence (detest Glacée, so I'm not *just* embracing it with open arms).

Insolence will not fly off the shelves for a simple reason: the average perfume customer doesn't know anything of the house of Guerlain. But all of them know who Britney Spears is. I've explained the history of the house to several customers and none of them believe that they are a 180 year old house.

I'm an SA. I can tell you now the reason many SAs will say the things that they do - and that's because they are misinformed in initial training. That misinformation is then passed onto the consumer, leading to ridiculous statements, including "bruising molecules" "entirely natural" and "it's just a bit stronger!" (I remember our training for the Insolence EdP launch, when the Guerlain trainer explained it was indeed different and creamier than the EdT. Many people seemed to grasp this. Some seemed utterly bemused.)

Tania,
I'm sorry you didn't like it :-(
It is most definitely sweet and potent. And since I like Alien and Addict, too, I must have been their demographic!

Nioi,
Thanks for stopping in. I generally assume that SAs are poorly trained and given very little information. So I hope it came across that I'm blaming Guerlain for this and not the individual SAs.

Hi Abigail,
I agree that Guerlain (well, LVMH) should have marketed Insolence EdP much more than they have. It's an outstanding fragrance. But they launched it alongside Guerlain Homme, and that received the marketing focus (which btw doesn't really sell either.)

I love Guerlain Insolence both the EDP and EDT and I agree that they are very different. I wish that they would just separate the two and give one a new name!
It is very frustrating to argue with SA about a fragrance. That's why I order online now:) But, it is frustrating when you want to sniff before buying. I also want to add/agree that many people are trained poorly and told the most ridiculous things such as 1 ounce bottles are not the real thing! Plus, many SA are just there working their part-time job and could care less about fragrance. They can't tell the difference between a violet or a rose.
I worked for Guerlain during the launch of Insolence EDT. The mainstream consumer found it too odd and the Guerlain consumer found it too boring.

Well, I'm still unable to find it anywhere here in the U.S. I know Bergdorf's has it, but wanted to sniff it first before purchasing, and I don't live in NYC. Had lots of interesting conversations with SAs in various Saks, Nordstrom, Neiman, and Sephora shops. None of them had even heard of it. When I'd mention Insolence EDP, they'd immediately bring out the EDT. No, I'd tell them, there's an EDP in a purple bottle, to which they'd give me a blank stare. Then they'd scan their upcoming release notebooks - nothing. When I called the Guerlain counter at Saks NYC looking for a smaller than 3.4oz bottle (BG only had the 3.4oz), the SA said, "the EDP is only available in France." Well, I finally found bottles of the EDP discounted on Scent Monkey, and purchased one through Amazon with a $50 gift certificate. Yes, unsniffed, and yes it's 3.4oz, but I figure if I don't like it, I can easily sell it to someone here in the starved U.S. market. And with my gift cert., I'm only paying around $20 for it. Can't beat that. I just hope Scent Monkey is reputable! From what I've read on the blogs, sounds like it's an OK outfit.

Truly, I say unto you, that as much as I detest the name "Insolence," I adore the edp of this heavenly juice! Adore it!

I cannot, for the life of me, find this juice in Tampa, Fl. I guess we are too pathetic of a city to be worthy to Guerlain to send some here;-) But I am DYING to try this. Please consider me!!

BTW, I love this blog, I read it daily even though I've never commented. Keep up the great work!

Well, after months of searching and saving, I finally have a bottle of Insolence EDP. Yay!!!! It was worth the hassle to find it - love it! Have to say, though, that the 3.4oz bottle is not a good design for spraying. Not easy to bring the sprayer close to skin with that large flat top in the way. Oh well. I ain't complainin'. :-)

In search of a scent to wear, i was drawn to your site by google; i had a perfume in mind...i will not say wich one please, i'm terribly ashamed.
I wrote down at least over 20 names; I wear SHALIMAR, so I wrote a few of your reviews and comments about Chamade and Pamplelune, Insolence...
I was looking for a plain pebble, I found a gem, unknown to my senses, a sparkling kaleidoscope of amethyste, rubis und diamonds. Yesterday was my initiation to the real world of scents. On one wrist Pamplelune, on the other Chamade and yes, on a piece of paper Insolence. I arrived home, washed irritatingly my left wrist and my jacket (poor Pamplelune) tried to put on my arm remains of Insolence's oily molecule with great despair. The piece of paper is still on my pillow 24 hours later. Many thanks for your marvelous texts, Violaine

I know this is 3 years late... But I fully agree. I'm tired of other rants about how horrid the EdT is when I mention how much I love Insolence...

This might be - dare I say it - my all-time favourite because of how it makes me feel, but also because of how often I want to smell (lick) my arm. If only I could cut off my nose and stick it to my arm. Sigh. #perfumistaproblems