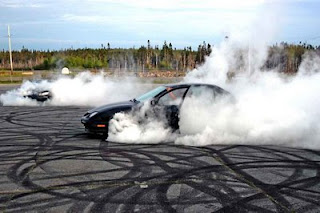 Back when I first heard about Santa Maria Novella, the age-old cathedral pharmacy in Florence, I was most intrigued by Fieno (hay), Peau d'Espagne (Spanish leather) and Nostalgia (ibid). I've since smelled the first two, but it wasn't until today, a year later, that I got my hands on the latter.

Says the Now Smell This Perfume House listing for SMN:

"The Officina Profumo Farmaceutica di Santa Maria Novella is one of the oldest pharmacies in the world. The store in Florence, Italy opened to the public in 1612, but the fragrances and body products are based on recipes that the Dominican friars of Florence had been developing (using herbs from the monastery gardens) since the 13th century. It was held by the Dominicans until the late 19th century when it became a private business. Today they market a wide range of fragrances, bath and body products, and home fragrances."


You don't have to go all the way to Italy to get Santa Maria Novella. Aedes in NYC carries the brand, and you can probably get it elsewhere, with a little scouting. Many of the scents are nice but fairly unremarkable. Santa Maria Novella's Iris approaches exceptional, with a sugared medicinal disposition which fluctuates intriguingly between off-putting and come hither. Potpourri is a clove-laden floral and incense affair, one of the best of its kind, certainly better than the Comme des Garçons Incense series, which I've always found slightly overrated, like incense air freshener. Fieno is a little sweet for my taste, whereas Peau d'Espagne was quite a surprise, a look at the underside of the Chanel Cuir de Russie saddle, grimy and sweaty, a grungy wallop of indelicate leather, too stiff to be anywhere near well-worn, whatever the age.

It's probably inevitable, with such a lengthy build-up, that my feelings about Nostalgia would be mixed. I remain affectionately undecided. It goes on with a wondrously rubbery flourish, touched with petrol, hot oil, dust, and sunshine, teetering conceptually between bright and dark, piquant and pungent. And this lasts about thirty minutes on my skin (in the heat), the rest, what there is, lingering subliminally. Nostalgia actually recalls Peau d'Espagne, though it has modified the resinous murk of its ancestor with what almost comes across as citrus. Where Espagne is herbal and opaque, Nostagia is radiant, if not quite sheer. Oddly, and probably unintentionally, it interprets its roadway theme by careening in and out of recognizable masculine territory. Though its wheels never exactly stop burning rubber, Nostalgia comes close at times to more traditional he-man fragrances du jour, albeit in a way which improves upon their general template.


Nostalgia has been compared to Bulgari Black, its most visible rubber contemporary, the poster boy for this kind of thing, and while I like Black as a rule (minus a few qualifications) I think I prefer Nostalgia overall. Black is too refined, too timid for my tastes. I appreciate it but never wear it. For something which is said to be so cutting edge, I find Black rather soft. Nostalgia, on the other hand, has an impressive amount of oomph, if not much more staying power than Black (one of said qualifications). Nostalgia is bolder, more reckless, a fun-lover's ride. Whether or not you're willing to pay 100 bucks for the seat is another issue.
Posted by Brian at 6/18/2009 09:47:00 AM

Of the few you mentioned, I'm most interested in Potpourri - have you done a full review of that fragrance?

I couldn't agree more about the CdG Incense Series......I really only enjoy one of them - the rest just don't work for me.

Have you smelled Diptyque's L’Eau? The notes are similar - wondering if their aromas are similar as well (I haven't had the chance to try either....)

You know, I'm a big fan of the CDG scents in general. I like a lot of the sleepers and admire many of the reviled (Guerilla 1 and 2 come to mind) and I do actually really like the incense series, but I get weary of them. There's a synthetic feel to them that can be fun for a whirl, then I start to miss something with a little more heft.

I love L'eau. And that's an apt comparison, because it's very close to Pot Pourri. I would say the main difference is that Pot Pourri definitely has a cologne smell to me, and that's not a slam. It's actually one of the qualities I like about it. It lasts well but it has that fresh, just splashed cologne mood to it. It's brighter than L'eau. And I think maybe the clove is less forceful, even though it plays a big part. Pot Pourri comes very close to a high quality Bay Rum. I would never say that about L'eau.

I was just at the Diptyque counter today at a local perfumery. I smelled the new one (l'eau something or other, very spiced orange, probably not much lasting power?). Seeing them all together again, smelling them one after another, I remember how fantastic they are. Other good ones, along the lines of Pot Pourri and L'eau, are L'eau Trois, which has a wicked frankincense emphasis though none is listed, Eau Lente, also often referred to on the blogs as "a spice rack", and L'Autre, a real divider (some say sweaty, I say cumin) but spicy either way. Opone is nice but lasts about six seconds on me.

I bought Fieno in the tiny SMN shop in Kensington. I probably would have liked some of the others better, but frankly, the SA intimidated me, so I chose hastily and left! She was the type who says 'oh, that's very expensive!' with a clearly audible 'too much for a pleb like you!' subtext.
But that was years ago, when I was younger and a bit timid in high-end stores - nowadays I'd spend an extra-long time browsing just to annoy her... ;-)

The Farmacia is well worth the visit, but it is a travesty that they do not let customers near the tester bottles!

It was one of the most frustrating fragrance buying experiences I've ever had!!

HI Brian, this one has fascinated me ever since I heard about it - is it really wearable in real life? Seems like such a departure from all the houses's other offerings!