In which I admit to falling for a skin scent 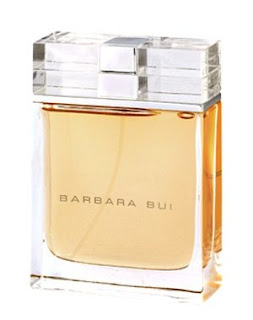 Brian and I joke that we can’t have too few skin scents. If a fragrance is described as a skin scent – I avoid it. I like my perfumes to be potent, to project and to have the middle initial S for Sillage. I don’t have the money to waste on perfumes that don’t last, and I have the idea that skin scents basically don’t last (or they do but only if you glue your nose to your wrist).

A few years back there was a furor on the perfume boards for Barbara Bui Le Perfume. I ignored it. The juice was discontinued, many wept, I didn’t give a hoot. About six months ago, I noticed Barbara Bui was available on some online discount sites for less than 20 bucks. I don’t know what possessed me, I guess I just figured I could waste 20 bucks, just to know the truth about this stuff.

So, one day Barbara Bui Le Parfum (BBLP) arrives at my door. I opened it, spray some on my wrist, sniff it, don’t smell much of anything, feel annoyed at myself for not following my gut instinct and go about my day. Then about a month ago I tried it again. I can’t explain why, I just reached for it. This time, I could smell it. So I sprayed myself about 12 times all over. I went to meet a friend for lunch and wanted to lick my arm the entire time. I mean, this aroma is addictive, it’s edible but isn’t gourmand. It’s essentially boring, but it’s so good. I’m perplexed by BBLP – it just isn’t my thing – but I love it.

BBLP is easiest to describe by telling you what it isn’t – it’s not floral, it’s not sweet, it’s not intense, it’s not powdery, it doesn’t appear to have an aldehydic effect, it’s just like skin but better. I can’t believe I just used this expression (“just like skin but better”). I hate that expression. Mostly because my skin doesn’t really smell like anything when it’s not perfumed. BBLP is similar to the smell of a baby’s head or my dog’s fur or her paws after a long walk.

Maybe BBLP is filling a summer void for me. I’m tired of light, fresh, florals and citrus. I’m sick of everything I’ve been wearing since the tropical humidity struck a month ago. As much as I want to wear my cooler weather hefties, it’s just too oppressively hot. I’ve managed a few orientals, Tabac Blond works and YSL Y is a great chypre for this time of year. Nevertheless BBLP is different from what I normally wear and it’s something I can wear right now. It’s entirely possible to spray myself 20 times with this stuff and it won’t be too much.

So what is BBLP? It’s softly spicy and incense-y with an underlying smell of cosmetics and lotion. It’s dry but not bone dry. It has bits of vanilla, amber, and a milky quality that’s just downright delectable and cozy. It also smells a bit musky like sweat and salt and warm skin. Imagine this scene...it’s Sunday morning at 10:00 AM, you’re sleeping in and just beginning to stir, your significant other rolls over and kisses you, spoons you, tussles your sleepy head then quietly gets up to go to the bathroom. You roll over and feel the bed where he was, the sheets are warm and smell like him, a little sweaty but just like his skin. You smoosh your face into his pillow and inhale. This is Barbara Bui Le Parfum.
Posted by Abigail at 8/19/2009 04:17:00 PM

BB sits on my dresser neglected lately, but your review made me want to go and spray it everywhere! Lovely description, and I'm glad you finally tried it.

I admit I have the same reaction to skin scents, normally. It doesn't have to be a sillage monster, but if I can't smell my perfume without sniffing my arm, why bother? But this does sound rather nice.
Sorry you are having oppressive heat. It's not an issue here, yesterday the temp got up to about 29 degrees, and it was news ;-) We don't haz summer, not as such.

i've been eyeing this one for a long time, hesitating (i promissed myself no more unsniffed purchases!). oh well, there go my promisses; after reading yor post, i opened ebay, searched for BB and voila! i hit the buy button...(ok, it was very cheap).
i'm very curious about this one. i don't mind skin scents. had a huge bottle of trussardi skin but swapped it away, couldn't stand the violets...but love lea st. barth (is it a sking scent? i guess it sorta is).

Haven't tried BB, but now I'm curious! Skin scent that I tried that I had to have? Lancome Magnifique! It was one of those that I sprayed but didn't smell anything, but then kept getting wafts of it, and had to keep going back. I know it's nowhere near popular, and I'm not sure why. Perhaps it's the elusive quality. I actually had a similar experience with the reformulated Organza Indecence. Never smelled the original, so I can't compare, but the reformulated version seems so transparent that I wonder why all the fuss? Not sure it's a "must have" for me yet - need to try it a few more times - but I would classify it as a skin scent as well.

Tania,
I would much prefer not having summer. It just doesn't agree with me and my perfume tastes!

Ula,
I hope you love it. Some notes from experience: spray A LOT of it. Don't pay much attention to it initially, its the sort of fragrance that creeps up on you after an hour or so. At first you might think "what's the big deal?" as I did.

Karin,
I haven't tried Magnifique. Now I must, of course! (I'm *so* easily persuaded, it's sad really)

Am so with you. This is exactly the kind of scent I would usually dislike. What a pleasant surprise it is, a little bit of everything about warm and slept-in sheets, as you say. I'm thinking about ordering a bottle.

For some reason, these "skin" scents all smell like hair lacquer and petrol to me... I swapped my BBui away after a few tries.

The BB arrived, I have to say, this is the first unsniffed buy I wholeheartedly love. it's very nice, close to skin, yummie but still incensy.a winner! thanks for the tip.

Where can I buy this?