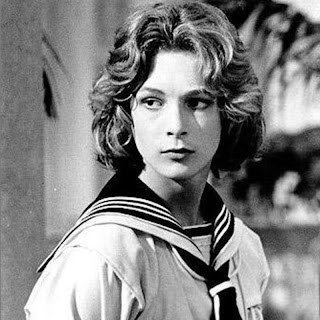 It shocks me sometimes how many fragrances I love but haven't gotten around to reviewing. Maybe I wear and love them so much that I just imagine I have. The fact that I rarely review masculines, on the other hand, isn't so shocking. Can anyone blame me, with so few worth talking about? Certainly the department store is a wasteland of mediocrity, though the wasteland has less terrain than it once did. Lately I've noticed an alarming reduction of stock at the counters--empty shelves, things shifting around, more dead space between the bottles. The most exciting thing I smelled in the last several weeks was Givenchy Play Intense, and that was essentially a redux of Rochas Man. Slim pickings, for sure.

Warning: I strongly advise against smelling Caron's Third Man alongside or anywhere near nine out of ten so-called masculines. All kinds of trippy mental-emotional adjustments might ensue. Third Man is really just too lovely for this world, according to many. It does have some weird, spectral quality to it, part floral, part piquant, but its uniqueness among masculines hardly makes it a feminine, however often you'll be told otherwise. Trust me: women know the difference. The comments I receive from the ladies have always been strictly of scientific interest to me, but I can tell you that I have never worn Third Man or even opened the bottle in the presence of a woman without being made aware of the stuff's aphrodisiac properties and the implications of my gender.

Third Man references various feminine compositions the way John Travolta's long hair and bedroom eyes referenced female "sensitivity" in the seventies. Caron's third masculine, it teeters like no other male fragrance on a line very few had the balls to venture. Even now, twenty-five years later, masculines approach this line not by walking it but by blurring it. Third Man is a magic act, an ode to classic male beauty, capturing it in a perfect contrapuntal pose, one shoulder still dipping into childish androgyny, the other pointing toward manhood. Some will tell you that the high shoulder isn't quite reaching high enough. For me, it's all just so, and just right. I can't remember a time Third Man struck me as too girly--yet I wouldn't call it a dandy fragrance either. It doesn't have an arch bone in its body, nor does it have a deliberate sense of Wildean irony.

I've seen the notes listed as oakmoss, vetiver, clove, lavender, coriander, bergamot, and citron. I've also seen anise, geranium and carnation, though I'd be hard pressed to identify them. The clove is used subtly. I've smelled an older bottle of Third Man, and I actually prefer the current formulation, which seems both softer and more crystalline to me, its structure more clearly defined. Its dulcet allure relates interestingly to Pour un Homme, another classic Caron masculine, while having very little relation to Yatagan and Anarchiste. The lasting power is impressive, and on my skin it goes through the kind of subtle permutations of development one would expect from such an impossibly lovely composition, the smell of dewy jasmine and the last faint traces of quality after shave on a starched tux. Best of all, you can get a 4.2 ounce bottle online for somewhere in the neighborhood of thirty bucks.
Posted by Brian at 8/14/2009 08:58:00 AM

Yay! I am a big fan of Third Man...and while sometimes I get nervous about pointing out good deals in a big public way (will they last?), I think that its status as a "masculine" helps protect Third Man from number crunchers who troll the internets and watch for buying patterns that indicate opportunities to raise price.

(Paranoid? Naw. Don't talk to me just yet, though...it's hard to hear...still getting the aluminum foil off my head...)

I agree with your relative placement of Third Man in the Caron men's line. Interestingly, my xx chromosones enjoy the Caron trifecta on my own skin: Third Man, L'Anarchiste, Pour Homme. I'm bracing for a test drive of Yatagan...soon, I think...

Third Man occupies a similar space, in my mind, as L'Artisan's Timbuktu -- delicate, lovely, not necessarily feminine but certainly appreciated by females.

I haven't yet figured out if I like it enough to wear it. It doesn't really speak to me, or of me, or about me -- though it has a nice speaking voice in general.

I'm thinking that eventually, one day, I'll spray some on and voila! The voice will finally be mine.

Hey Nathan. I think I'd read somewhere that it wasn't really your cup of tea, which surprised me. I enjoy your reviews/writing so much that I often forget it doesn't mean we always share the same opinions. I first smelled Third Man at perfume house in Portland, and you know, my first impression wasn't feminine at all. I thought it was the quintessential French masculine, whatever that is. My stepfather was French and drowned himself in cologne that smelled very close to this and/or Pour un Homme. He was potent but totally chic. It was such a sexy smell. It was only later, smelling Third Man again, after having heard it referred to as feminine, that I started seeing it that way. At Perfume House I thought, beautiful, but not me. Months later I wasn't so sure.

Have you never tried Yatagan, scentself? I love it but it's as if it came out of a different house. It's frighteningly, remorselessly robust. Smells like it would be too intense for any mere mortal to get away with. This is exactly my kind of fragrance.

Oh, see, and I missed your reply, too. (Vacation...wonderful...leaves holes in your blog life.)

Anyway, no, I have not tried Yatagan. It is one of those I think I am ready to try only now, having back doored my way into some intense scents, and discovering I actually like--or at least appreciate--some of them.

What's the other male monster supposed to be...M7? I'm gathering a list, and getting ready to plunge.

Stunningly, I get along 3rd man the same way as you.

I once found it on the masculine shelves, after having heard from it by Luca Turin. And then, it was a slap, wow.
I'm a man and dislike the man counters, so much clones of the same bad perfumes, to the point that I hate lavender in perfumery.
But 3rd man was so perfectly pleasant, the jasmin stands near such a robust manly structure, and make it feels so good. As if all the clichés ingredients of masculine perfumery played harmoniously and heavenly for the first time.

Like you, I smelled it only a few times, but I have a so strong remembrance of it, that it's almost as if I bought it.
Actually, I want it, but to see it at a so good price on ebay disturb me, so strange. But I will repair my error soon and granted me with it.

Your ode to Le Troisieme Homme is gorgeousness verbalised. Thank You.

I am not, nor do I feign to be acquainted with perfume verbage. The only thing I have to add is that every time it is on my husband, I find myself needing to get closer to him without quite knowing why...until I identify the unmistakable delicious essence of Le 3eme Homme de Caron. It has this "come hither" effect upon me. I've often wondered if there are pheromones added, but obviously that would be reflected in the price we pay.
I LOVE IT!I LOVE IT!I LOVE IT!
Need I say more....?