Starting the Perfume Conversation with a Stranger 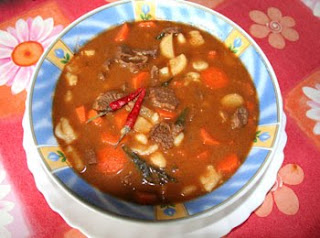 Today I found the website for a little company called ESL. The wonderful folks over at ESL provide "652 conversation topics" for those of us who sometimes have trouble speaking to our fellow human beings.

What if, for instance, you find yourself on the bus with an elderly lady, and she's staring at you, and she starts talking, and she won't stop talking, and the bus drives on, and on--and on? How long can you look out the window without hurting your neck?

What if you should walk into the grocery store, and you head over to, say, aisle four, and you're strolling happily along the linoleum and suddenly, quite out of nowhere, a strange man appears? What if there's a puddle there, between you--and you don't know what it is, and you suspect the strange man might know, but asking would require you to strike up a conversation? What if, during all this, you realize it isn't aisle four you need at all, but aisle seven?

I think you can see how things might quickly get very complicated.


Well, fear not. The wonderful folks at ESL have 652 conversation topics for just such occasions, and within those 652 topics are provided "13,040 conversation questions". As the folks on the ESL website say, "That's a lot of conversation!"

It just so happens that there is a set of questions for a conversation about perfume, and I'm here to tell you that I posed these questions to the first person I passed on the street today, just to see how it would work. I would never suggest something without trying it out myself, dear reader.

I asked these questions to a lady in a black lace unitard, thinking that her unitard might augur deep reserves of fragrance fanaticism. One small complication arose almost immediately, however. Before the lady in question would answer, she took me to her house, where she first insisted I watch her perform an interpretive dance.

After that, we sat down in her stucco living room, and she proceeded to address the questions at hand:


1.) What comes to mind when you hear the word "perfume"?

Steak and fries.
Also: scotch tape.
Sometimes, butterscotch pudding. Do you like pie?


Before we get too far into this, I want to make you aware of a problem I'm having. Earlier this morning, I missed the subway, and my dog is on the train. I'm trying to get reunited with him. My dog's name is Patch. Now that I've danced for you, will you consider helping get me onto the subway?
3.) Is perfume an important part of your culture?


Patch has the answer to that question.


4.) Do you think perfume is good for your skin?


I think dancing is good for the skin. Perfume is good for dancing. Sun Moon Stars is probably one of the better perfumes for this purpose because it has practically everything that matters in it. Did you know they were originally going to call it Earth Sun Moon Stars? Earth's people got licentious, apparently.


I guess this means you're not going to help me get back my dog.


6.) Do you mind if someone is wearing overpowering perfume on the train or in an elevator?

This makes me think of Patch. Here's a picture of my mother holding Patch. 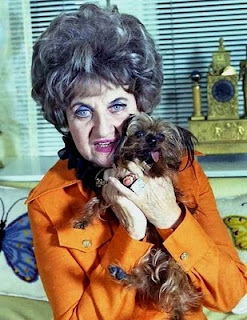 7.) What do you know about the history of perfume?

Well I do know that it was created by a series of interconnected alien species on a planet called Oon-dawg-ahdoodie. That's all one word. No one but Patch and I knows about this planet. The government knows, too. But the government doesn't want anyone else to know. Men in dark suits and sunglasses stake out the house sometimes, hoping to catch me telling someone about it. They're probably outside now. I know a lot of government secrets, so they watch me for all kinds of things. Last January, I was on local cable and revealed the truth about wool leg warmers. You know about that conspiracy probably, right? The first perfume created by the species had a lot of citrus in it. It didn't last on the skin very well. So they went back to the lab. The next batch was a fruity floral. The results were even more unfortunate. The thing about aliens is they have to eat constantly or they become flatulent. If it smells good, they'll eat it. I suppose it goes without saying that the process involved a lot of trial and error. It progressed in bits and farts.
8.) Are French perfumes the best?


I suppose the French think so. Patch is French. We can ask him. We'll need a translator.


9.) What are the ingredients of perfume?


10.) From what age do you think it's OK for people to start wearing perfume?
I think from the age of 3 to the age of Dog it is appropriate. Basically, all ages. Even giraffe. Myself, I was a late bloomer. I didn't start wearing fragrance until I was a Platypus. When I was a Platypus, I have to tell you, my skin ate perfume up like you wouldn't believe. I couldn't make it last. I'd put something on, and get out on the dance floor, wiggle around a little, and poof, it was gone. I feel really bad. For the last few minutes I haven't thought at all about Patch. Where do you supposed Patch is by now? I bet the guys in dark suits and sunglasses made me miss the train. Do you like pie?

that video is gold. I'd like to meet her, too.

HYSTERICAL! Thanks for the laugh, Brian. You crack me up. As for me, I sit in front of a computer every day - at HOME. Rarely do I get out and have actually conversations with anyone. My poor husband comes home after a long day and wants hibernate while I want to TALK! I give him his space, of course. I find most of my interaction with friends and fellow perfumistas/os online. :-)

There's been an old lady like that on every bus I've taken...Thank goodness for an ipod. :)

You crazy nut case you !! That woman holding the dog reminds me of Phyllis Diller .I am sociophobic enough now I'll never go out .I thought I was always the one stuck on the bus next to the Daily Mail ( nasty right-wing cheap tabloid)reader who would rattle on about the country going to the dogs and how it was better during the war .
Talking of that ( this is real sick) when Mum was dying of cancer ( she was very old ) one day she announced that " it was the worst day of my life when the war ended , those bloody Germans" .My sisters and I caught each others eyes and had to leave the room half laughing and half sobbing. I wonder how many people on the bus she'd said that to !!! We think ( morphine could make this uncertain) that she meant Dad came home. If anyone asked her about perfume she'd have said in a deep Berkshire accent ( country ) that "my Ang. is always wasting her money on that stuff , I don't know what's wrong with Yardley's Lavender ..and on and on .

Marina, I AM that old lady on the bus, I fear.

Karin, what do you wear around the house: and I don't mean clothes!

I wear stuff at home I can't always get away with in public. Like Norma Kamali Incense. That would clear out a room, I think.

Angela, I was in a crazy mood. What can I say. I LOVE that woman in the pic. Who is she? I want her story.

And what IS wrong with Yardley Lavender. Not that I've smelled it.

Whatever I want!!!! That's what's so great about working from home. I can spritz to my heart's content, and not worry about offending anyone. One of the great perks. :-)

Brian what a great video! Thanks for posting it. And yes, I think I would want to meet that woman also. Now I must go home and dance for my cats: Whip It by Devo. Today I'm wearing Andy Tauer's Le Maroc pour Elle. Mmmm, heady fumes.

Well Brian it doesn't smell like Lavender for a start ! In fact the best lavender I have found is by L.T. Piver .Let's just say Mum swore by Yardley and so did I !!

That lady is channeling Little Eadie!

Interactions with The Public are always awkward.

And, my habit of first sniffing the air around a person
doesn't make polite conversation any easier.

That was hilarious, thank you. I love your humor!
But sadly, I know many people just like this, since I used to work at a hospital, I do not mean the patients, though. ;)