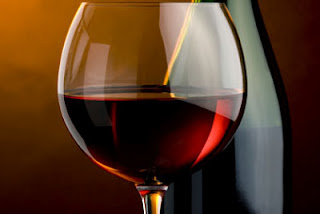 As excited as I was to smell one of the latest Histoires fragrances, Editions Rare Petroleum, recent sniffs from the rest of the line's testers were a serious disappointment. I like most of the fragrances, but I liked none more than 1740. Discovering that many of them seemed to have been ever so slightly tweaked was shock enough, given such a relatively young brand. Changes in 1740 have left it, for me, a ghost of its former self, and I feel that absence the most acutely and personally.

As with most subtle tweaking, the smallest alteration can wrought a most profound transformation, and while 1740 is there in basic structure it feels gutted somehow. I doubt anyone associated with the line will confirm this, no more than anyone at Lauder would fess up to the renovation of Private Collection, but I detected the difference instantly and was heartsick about it.

I have an older bottle, and sprayed some on this morning. I went out for a walk through the state forest, up hills, down around creeks, past a massive hornet's nest dangling by a thin vine from a tree branch. I perspired from the heat and exertion but the scent stayed with me, and even now I can smell it wafting up from my skin, creating some future narrative of memory around the experience of the woods. I don't know of any other scent that endures with the potency of 1740.

For me, aside from Tauer's Lonestar Memories and Vero Kern's Onda, no other fragrance I own has built up a wider series of stories over time, intertwining with my own day to day life. As with Lonestar Memories, which conjures back trips to LA and Massachusetts and the momentous things I went through while at those places, 1740 reads like a roadmap of my recent past, detailing all the emotional peaks and valleys. The latest version of the fragrance barely made it out of the store and down the street on my skin with anything resembling its previous tenacity. It's hard to imagine it surviving past the first serious incline in the forest.

The notes list davana sensualis, patchouli, coriander, cardamom, cedar, elemi, labdanum, and leather. What I've always smelled is something sitting between the honeyed savory of immortelle, tobacco, and tawny port, a fantastically sensual arrangement of notes which on their own would be too much to stomach but in this particular combination take me right to the point of excess and hover there. This latest version airs everything out to something approaching sheer. The basic qualities are still present but they feel shrill and excessive without the heart of the fragrance there to cohere them. Once rather rich, the perfume now feels merely loud, and only for a short time.

1740 is - was - one of my favorite fragrances. It's a day long event and I've reserved it for times I know I'll be able to stick with it and remain in a reflective frame of mind. I'll be hoarding it even more selectively now, and it frustrates me that I'll never be sure which version people are talking about.
Posted by Brian at 8/19/2012 03:52:00 PM

Brian, 1740 was spoiled for me after I got food poisoning the first time I wore it. My decant was traded afterward because I could no longer handle even the thought of the smell, let alone the actual perfume. But it is beautiful, indeed, and I believe my decant from 2008 was the original formula.

My reformulation story that STILL pisses me off is Escada's Collection. The original was a wonderful, dark blend that pulsated with the aroma of sweet pipe tobacco and bourbon with just a hint of tuberose. Finding this perfume by accident was an Oh My God moment and I still have a partial bottle that I cherish.

Reformulation happened and it became a sweet, tuberose monster than was a humiliating shadow of its former self. I still have a full bottle of that headache inducing juice purchased before Collection was discontinued entirely.

Recently, I smelled Frapin's 1697 that gave me a similar feeling to 1740. Have you tried it? I found it quite beautiful. Come to think of it, 1697 carries some of the tobacco vibe of Collection. Hmmm.

Josephine, I'm fascinated by that kind of emotional reformulation of a fragrance, where nothing in the fragrance itself actually changes, but something in you does and that alters everything. Is there any other fragrance that's happened to for you?

Some scents have changed for me somehow and I end up liking them a little less, but not so comprehensively. I've heard from some women that fragrance changed totally for them after, say, a pregnancy (or just during) or after menopause. I've had days where I go to smell something and it's just not what it was, but it always seems to be a pretty passing thing.

I smelled 1697 at Luckyscent I think, and really liked it. I liked Caravelle Epices, too, which has some of that spiced prune vibe I like so much.

Och, I love 1740 and now here's another one I will be hoarding. I wonder if my sense of smell changed after menopause...I started collecting right about that time! Interesting to think about the hormonal connections.

By the way, I tried Coco Noir last Friday. Couldn't smell the card the SA handed me. I ended up by spraying a liberal amount on my arm & still couldn't smell it! What's up with that, I wonder?

I'm scared to try Coco Noir. My summer has been let down enough. Maybe there's nothing in the bottle! And THAT'S why they made it black - so you couldn't tell?!

Off topic, but I like the new site design - very clean.

Thanks. I wasn't feeling the dark grey any more. Needed something a little brighter.

What a shame - 1740 is (was) a rich, delicious fragrance. It has been a favorite of mine to wear during the winter holidays, as it reminds me of something I would eat or drink around that time! I can't understand the company's need to reformulate something that really hasn't been around that long. Oh well, when my decant is gone, I guess that's that. I'll just preserve the memory of it. Doesn't H de P realize they lose customers this way?

I hope I'm wrong, patty, and that someone will ring in to say differently. But my nose told me the light in 1740 went dim.

I ordered a sample of 1740 from The Perfumed Court sometime in the past year and I wonder if it was the reform. I expected to love it: gourmand leather? Sign me up! But it absolutely turned my stomach and I hid the sample away. All I smelled was a really raunchy, unsmooth patchouli.

You know Elisa, I bet it was. They might have refomulated - if they did - right around the time they started offering the half size bottles. Actually, my first indication that something had changed was reading a comment from you somewhere saying you didn't like it, and I thought that was strange given you loved A*Men Malt so much. Not that they're entirely similar, but there are some similarities in vibe. I don't really get tons of patchouli in the version I own but the one I smelled more recently was a lot cruder, and smelled flatter, so it makes sense you might have smelled that one.

Must be the new version. It did have a flatness to it, and just generally was not appealing at all. Thick, heavy, almost sour.

Perhaps the sample has improved with age -- it's mostly evaporated as those little spray samples from The Perfumed Court tend to do.