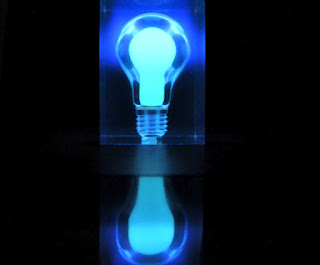 I was excited, in 2010, when Swiss perfumer Vero Kern released eau de parfum concentrations of the three fragrances in her line, Vero Profumo. I'm not much of an extrait wearer, and the cost of Onda, Kiki, and Rubj were steep. I'd smelled them all at Luckyscent in Los Angeles, and thought that Onda was just about the most fantastic thing I'd ever laid hands on. It was smoky and mysterious, a meditation on the darker edges of the olfactory palette. I loved Kiki and Rubj, but for me Onda was one of those fragrances you come across and realize you've been waiting for without knowing it.

Early reports indicated significant differences between these new eau de parfum versions and their extrait counterparts. By introducing a passion fruit note to all three, Kern essentially remixed the scents the way a musician revisits a beloved song with slightly different instrumentation. While passion fruit was said to add something odd to the already profoundly odd Onda, I was skeptical. What I thought I liked best about the extrait was its deep, dark, near-incantatory properties. Onda extrait was some kind of pitch black spell wrought through scent instead of words. Kern stated that the passion fruit added a "sensual and erotic lightness" to the composition. While the original style of the extrait was said to remain intact, the mission of the eau de parfum versions was to render the scents "easier to wear". 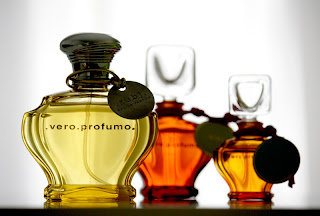 I'm no more a fan of the phrase easier to wear than I am extraits, and the idea of these new formulas made me think of David Bowie re recording LOW with Muzak accompaniment. I was worried, and the worry kept me from buying Onda. It didn't help that for a while Luckyscent didn't have tester bottles of the EDPs at Scent Bar. I was so skeptical that I wouldn't even shell out the seven or so bucks for a sample. I knew that, like Bowie, Kern had a sort of bedrock integrity when it came to artistic vision, and that probably anything she did would be at the very least fascinating. Then again, I'd never been a huge fan of Bowie's "Let's Dance" period, and couldn't forget that embarrassing duet with Jagger, which had only been fascinating the way a car crash in reverse might be. Backwards or forwards, a car crash is a mess.

When Andy Tauer and I visited Scent Bar for the release of Tableau de Parfum's Miriam last October, I finally got a smell of Onda EDP, and I didn't know what to think. It was quite different, and I'd built it up or knocked it down in my head for so long that all kinds of mental adjustments were required to even properly apprehend, let alone appreciate, it. We were there about a week, and I kept coming back to it. Ultimately I bought it, and wore it out in the desert a lot when we traveled to Joshua Tree.

Onda EDP was the perfect scent-track for the trip. While there, we talked a lot about the attitudes and emotional effects of the desert landscape, its peculiar, powerful state of mind. It's a bigger than life place - too big and strange to take in all at once, if ever. Ultimately you surrender to it. The dry heat has an insidious effect and after a day in the sun you can easily feel exhaustion, precipitating that surrender with a sudden, out of the blue, immediacy. 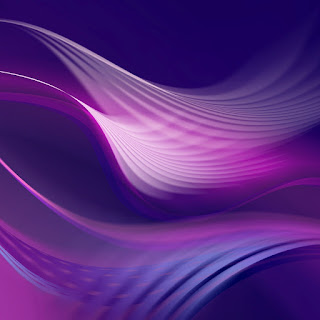 Onda is indeed lighter than the extrait, and also, for me, more colorful. I would say...radiantly purplish. That's a horribly inept way to describe a fragrance, but like the desert Onda EDP is next to impossible to put into words. The extrait draws you in to some pitch dark, loamy underworld. It's buried deep in some unconscious territory and feels very gothic. The EDP concentration explodes that soil, sending all its particles airborne. Light from the sun heats and illuminates them, opening it all up without reassembling the constituent parts. The scent remains wonderfully expansive. I could tell you I smell passion fruit. I could say, Hey, there's the vetiver. But you experience this scent all at once, and it's that inability to put it into words, to narrow it down, that matches the extrait's qualities of strangeness, a relation that is more conceptual and philosophic than literal. There's something uncanny about Onda EDP, something at once overwhelming and intimate. I would agree it's sensual. And at this point, having spent a year with it, I would say it isn't just a desert island fragrance for me but the desert island itself.

The addition of a tropical fruit to Onda is no simple happy medium, nor does it produce standard, commercial impressions of the "tropics", with all the attendant coconut and shea butter stereotypes that typically implies. Here passion fruit is a study in what I guess I'd call vibrant decay. In other words, light and dark qualities existing in a tricky dual relationship where the one is viewed through the other no matter how you approach the sum total. Vibrant decay will be as much a turn off to some as easier to wear is to me, but for those who appreciate uncanny exuberance and a certain kind of jolie laide, Onda EDP will feel like a spectral visitation shrouded in ambient light, emerging from a portal no one and nothing else could possibly fit through.
Posted by Brian at 8/08/2012 10:56:00 AM

Great review. One day I WILL have Onda.