I Might Spray You, If You Weren't So Busy Sucking: Perfume as Epic Fail 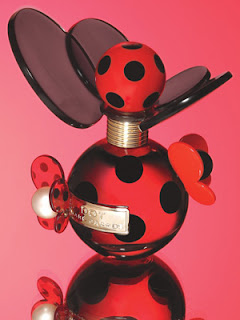 Last Sunday, in a not so rare mood of profound boredom, I was sitting in front of the TV, as I sometimes do, trying to decide whether I should read from a stack of waiting books, or do laundry, or write friends I owe long emails, and I noticed that the last Transformers movie, Dark of the Moon, was available on Netflix, and I decided to watch it, if only because it was there and free and I couldn't seem to make up my mind about any of the other things. In a similar mood, though with imminently more rewarding returns on the investment of my attentions, I've embarked on viewing, in quick succession, all 200-something episodes of Cheers.

Dark of the Moon was the loudest, most confusing thing I'd seen in ages, and while I wasn't exactly or even nearly riveted, I did what you do when you're faced with that kind of movie: I let my mind roam into various philosophic dimensions sorting underwear never gives it much opportunity to. Among other things, I started thinking about how the bombast of the film, the sheer cacophonous messiness of it, reminded me of perfumes that don't work on any conceivable level but die extravagantly loud deaths trying.

It wasn't just that the scale and proportions of Dark of the Moon were all wrong, or all over the place, the way a perfume which tries to be all things to all people can be. It wasn't just the busy spectacle of the CGI effects, which made me realize for the first time that computer generated imagery is essentially, like many celebrity scents, a modern form of cartoon, substituting synthetic shorthand for human warmth and drama. Not just the ridiculous voice overs of the Transformers themselves, their cadences the vocal equivalent of Muzak, compressed for maximum appeal. Dark of the Moon, like many perfumes these days, felt overall like a live action, three dimensional Jackson Pollack painting. There was no appreciating the artistry. It never settled into anything remotely picturesque. 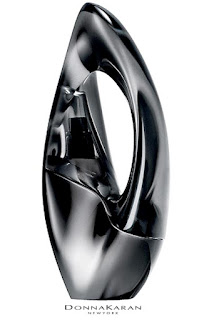 Dark of the Moon was all top notes, a constant barrage of quick, spectacular effects grandstanding each other. Even the presence of weighty thesps like Frances McDormand and John Torturro couldn't anchor the affair into something resonantly coherent, and ultimately functioned like the incessant foghorn of a cut rate patchouli or one of those emphatic but flatlining woody ambers fighting the good fight in cascading sparks of fruit and floral.

Things were flying all over the place but it was hard to figure out what that place was at any given time. Here a suggestion of tall building. There some crudely, hastily sketched impression of military complex. The movie was on the moon, then it was back on Earth; it was thirty years ago, then who knew exactly when or where. There was no getting a grip on its spatial coordinates. It's noise and images had no through line. A great big mechanical snake coiled around phallic skyscrapers, castrating them in explosions of metal, glass and plastic. People fell out windows, parachuted from helicopters, were thrown from cars then, the cars having morphed into something else, snatched back up again. If this sounds exciting, it's only because more thought went into composing the sentence I used to describe these events than the filmmakers put into filming them.

Did the film do well? I haven't checked the numbers. It hardly matters. Like many a mainstream - and even, increasingly, some niche - fragrances, the bigger picture is the ongoing franchise. It probably won't matter that a fragrance like Marc Jacobs Dot is no less a creative bankruptcy, taken on singular terms. Inevitably, Dot, with its Transformer-esque bottle design (I'm a perfume bottle that's an atomizer that's an art piece that's a swirling-parts sex toy!) will advance the brand, promoting its own version of ancillary bendable action figures and plastic wrapped gew-gaw. Though it's hardly an offense along the lines of a sensory onslaught like Dark of the Moon, the latest from Donna Karan, Woman, focuses, like that film, on surface pleasure (the bottle being the most interesting thing about it, a Giger alternative to Dot's Disney-Murakami adolescent fantasia) than depth of content. What harm will a passing little distraction like La Vie est Belle do Lancome? It can't be the worst thing in the world, with Dominique Ropion on the CGI effects team, and will do no more damage than, say, Tresor Midnight Rose did, probably, but how many whirligigs of caramel, praline, and third world patchouli must iris be subjected to before someone notices it's left the building?

If nothing else, the overload of a tentpole film like Dark of the Moon makes me appreciate the mechanical simplicities of a well constructed, perfectly judged, thoughtfully balanced ongoing narrative like Cheers, where the comic stuff of Diane and Sam and Carla and the coach is infinitely legible and lastingly pleasurable. Thank God there are perfumers and fragrance lines out there who still see the appeal of a good script and recognizable stories.
Posted by Brian at 8/15/2012 05:33:00 PM

Hi Brian! I haven't seen any of the Transformer films and I'm glad - that one sounded craptacular.
So true about the comparisons between mainstream perfumes and mainstream blockbuster films, they can get (not all of them, but most) so tiresome and contrived. Like you with Cheers, I've been on a bit of an Agatha Christie movie bender lately, which I'm really enjoying while feeling incredibly nerdy at the same time. At least Cheers is way more retro cool than old Agatha!

Well said, Brian--"how many whirligigs of caramel, praline, and third world patchouli must iris be subjected to before someone notices it's left the building?"--I loved that! The Woman bottle reminds me of a steam iron. Not really my idea of womanliness, although someone else's I suppose... I finally saw "The Avengers" because I always love Robert Downey Jr. Another hot mess, as any film about multiple superheros must be, but the writing wasn't too bad for a superhero mash-up. (Tony Stark to the Hulk, on how he stays calm: "What's your secret? Mellow jazz, bongo drums, and a huge bong of weed?") Come to think of it, RDJr had all of the best lines. Anyhoo, nice to read you, as ever. XO

RM, which movies? I've been on that bender too.

When I was little I was obsessed with Agatha Christie and read most of her novels. I even had an Agatha Christie glossary, which included entries about her characters, books, plots, motifs, and biographical background.

Whenever a movie came out I would go see it. I remember Evil Under the Sun, particularly. Peter Ustinov as Poirot.

Recently on Netflix I watched all the old Miss Marple broadcasts and tried to decide which Marple I liked better.

I saw The Avengers, and you're right there too. The more superheroes crammed into the plot the more of a potential hot mess. I did think it had it's moments. I always love it though when characters from different movies join under the roof of one narrative, if only for simple kicks.

Not all of the blockbusters are a mess. I like a good blockbuster, even a superhero blockbuster. Transformers was just uniquely bizarrely bad. I'd never really watched Shia Labeouf before and was surprised how hammy he was. I feel like he spends a lot of time in the mirror trying out faces, and no on has the guts to tell him how unnatural they look. He would have made a great actress in one of the classic women's films.

Ok, now I don't feel quite as nerdy as I did before! I just keep a look out for the films that play on our pay TV channel here in Aus, and coincidentally, just saw Evil Under The Sun a couple of days ago.
I just googled Peter Ustinov and I haven't seen any with him as Poirot, the ones I've seen here star David Suchet and appear to be made for Television. David Suchet seems to me to perfectly embody what I would imagine as that character but I'll have to see if I can locate some with this Ustinov dude. He sounds like he may be even better.
And yes I also was an avid reader of the novels, and still am every now and then, and I reckon I'd be into that glossary of yours too!
The only Marple I've never really liked is Geraldine McEwan (name once again courtesy of google). She always seemed to shrewdly cold to me.

So true. I'm from the fruity-floral generation, and can't stand the dreck that gets pushed in my face every time I enter a store.

I hear Lancome used to produce decent scents that could actually hold your attention, but all I know of them now is Emma Watson and purple fruit juice scents.

It's true, Lancome, even up to ten years ago, made some great perfumes. I feel like Tresor was maybe their last great one. Magie Noire is one of my favorites. The older version is amazing but the newer version is pretty great too.