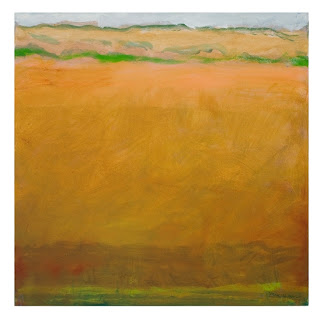 There aren't many Parfums de Nicolaï fragrances I don't at least like a lot, and some, like Maharanih Intense, are among my favorites. Several of those I like most are a little more formally innovative or inventive than my ultimate favorite, Number One Intense. Vie de Chateau, for instance, with its curious hay note, is full of subtle, elegant herbal twists. Nicolaï Pour Homme always surprises me, somehow. And yet not one of these satisfies me more than Number One, which seems so pure and perfect in its way that I realize I'd rather be fulfilled sometimes than startled.

Number One was, aptly, my first Nicolaï purchase. Recently, at the Perfume House in Portland, where an older bottle was still in stock, a friend opened it and smelled it and nothing else seemed as good to me in the store. I remembered instantly how much I love it. I would classify Number One as an amber floriental I guess. For a while I thought it was a lot like Hermes 24, Faubourg, another amber floral which seems illuminated from within - until I compared the two side by side. They have a lot in common, but alongside Number One, 24 seems, if not shrill, then a little heavy on the treble. Faubourg seems more like a citrus cologne by comparison.

Number One was created in 1989, which makes sense, because that era produced a lot of my favorites. Like a lot of those '80s fragrances, Number One is rich to the point of plush, but where a lot of those scents have conjured the analogous big shouldered outfits of their time, Number One, despite all its voluble drama, feels softened and remarkably supple, a symphony heard through velvet. Part of this, I suspect, is the restraint shown with tuberose, which in many eighties frags becomes their sole reason for being. The tuberose in Number One plays nicely with the other florals - namely, jasmine, ylang ylang, rose, and orang blossom - allowing all of them to show something of themselves. There's a unique harmony to the fragrance.

The base of amber, oakmoss, and sandalwood shows, for me, the kind of durability and backbone emphasis most fragrances need a hefty dose of patchouli to achieve. Number One is the rare fragrance I imagine patchouli would have ruined rather than improved. And I like to think the use of tagetes up top gives it some level of distinction often lacking in its eighties brethren. The fragrance is perfectly judged and balanced and I couldn't imagine it any other way. It lasts all day on me, without, by the end of the day, feeling more like the day after.

I understand, I think, why it isn't discussed more often. Revisiting Number One recently started me thinking about the way we "review" fragrances. There are so many - so many in existence and so many emerging. It's easy to fall into judging them by what they do that something else hasn't, when sometimes, as with Number One, what they do different is simply, for a change, get it wonderfully right.

Have missed your voice.

Haven't tried this PdN yet but as always, after reading,
I am curious. :)

Thanks, Tamara. You should keep your eye out for it. I really love it.

I got a sample of Number One a few years ago and loved it. I haven't tried any newer release of it. I imagine it's been stepped on pretty good, although I don't know that for sure. In other words, I should've bought a bottle then.

I would guess the bottle I own is about a year old. Anyway, I bought it about a year ago, I think. The older bottle I smelled at The Perfume House must have been original, and though I didn't do a side by side comparison, they smelled pretty much the same to me. Go figure.