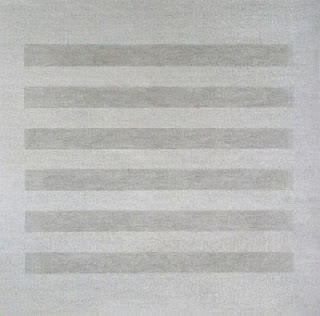 Hanging Out with the Gorillas: Several Lush Scents

You can tell Mark and Simon Constantine, the father and son perfumers behind the Lush fragrances and their offshoots, first B Never Too Busy to Be Beautiful then Gorilla Perfume, are having a good time. The fragrances are touch and go but often at least interesting, and more often than not surprising. Some of them are very good.

The packaging, once pretty naff (hot glued dime store jewels! Confetti! Cheap metal pedestals!) is now avant garde utilitarian, basic black, allowing the scents to speak for themselves, unless you're venturing the wilds of the brick and mortar satellite stores, with all their ear-piercing, nose singeing, slumber party fanfare. I say visit Lush online, where no one will rush up to you with a mixing bowl and some mysterious mud they insist on slathering somewhere, because the fragrances are fun enough they don't require a rave party or a glow stick to get you revved up.

There's a bias against Lush - not just from people who are turned off by the noise- and air- and eye-pollution of these pungent, neon-saturated satellite stores - but from many perfumistas/bloggers, for whom anything short of 150 dollars and a certain kind of wan exclusivity is worthy only of meticulous disdain.

It's true, you probably won't sign a book deal writing about Lush. You won't be invited to dinner or court with Serge. There's a risk that people won't think you are discriminating, that you drink at home out of plastic cups and record episodes of Real Housewives of Beverly Hills for anything other than anthropological research.

It might even be true that people will avoid you altogether if you admit to admiring Karma, thinking you must not truly appreciate the original Coty Chypre, and question your judgment: after all, why would anyone who wants to be taken seriously admit to liking something so Mitsouko-oppositional? How will you get a regular column in the New York Times if you admit to appreciating anything so base?

Alas, I can't answer these questions. I can only put my unworthy bourgeois little tail between my legs and tell you what my favorites are among these pedestrian-centric scents. I've already written about other favorites (Karma, Icon, Orange Blossom, Tuca Tuca). These are the newest additions:

I couldn't get behind this one at first, let alone wrap my head around it, so it seemed certain I would eventually like it a lot. Like Andy Tauer's Pentachord Verdant, Dirty has a persistent minty diffusion that you're either going to love or write long essays about, citing its foulness, its failure, its unmitigated gall. Dirty has a strange aquatic thing going on, as well, which the snob nose will shorthand, stupidly, as "synthetic".  Aquatic and minty aren't things I myself get in line for typically. Add to this the name's confusion. Dirty isn't dirty at all; neither animalic nor grungy.  Some say skank. I don't get that either. I do get herbs: the tarragon, maybe, in addition to the mint. Maybe thyme? Who knows.  Like a lot of the Gorilla scents, Dirty has a weird kind of creamy base, which works well here, bridging its contrasts. There's something simultaneously metallic and organic about the fragrance, bracing but relaxed. The listed notes are tarragon, mint, thyme, oakmoss, and sandalwood. It coasts along indefinitely, infinitely reversing your decisions about it.

Dear John takes recognizable mainstream masculine motifs and twists them in some interesting directions. Vetiver, pine, and cedar are familiar territory, and while clove, coriander, lime and coffee aren't exactly strangers to the format, the overall combination feels just a little more interesting than the average fare. Just enough for me that you get a sense where so many of its kind go wrong. Dear John's coffee note isn't as forthcoming as in other masculines which make use of it. Neither is the clove.  The lime hops right out at you but settles down soon enough. It just wants to make sure you know it's there, and it plays nicely with the vetiver. At first you think you're smelling some country cousin of Guerlain Vetiver, all tart and woodsy. After a few minutes that comparison seems pretty suspect. The truth is I reach for Dear John far more often than I do GV, which in recent years has become so transparent that it's technically its own country cousin. The reason the comparison seems suspect, I think, is that Dear John is closer to the shock of pleasure I remember first smelling GV, years ago.

It's a brave fragrance that doesn't immediately busy itself apologizing for the rubbery, mentholated facets of Ylang Ylang.  The closest comparison I have for Cocktail is Aveda's Number 20, but even number 20 gets a little embarrassed by the direction it's taking, and back pedals about half way through, arranging itself in a more ladylike pose.  Cocktail has something in common with Tubereuse Criminelle in its boldness, and the price point confirms what Lutens works hard to deny: what makes this kind of juxtaposition so fantastic is essentially its straightforwardly crude approach. There's nothing delicate about it, and I'm not sure even Lush gets it right by calling this a fragrance for a fancy night out. Cocktail might be nocturnal, but it's heading for a speakeasy, and if pearls are part of the equation they're only an ironic means to a decidedly hedonistic end. That isn't to say Cocktail is animalic, which is usually the shorthand for a fragrance put to such uses.  Part of what makes Cocktail so wonderful to me is that it gets to the same place by entirely different strategies. It has the kind of good natured carnality no amount of civet or castoreum can match, and it's ultimately more about the fun of the hunt than the spoils anyway.

Back wen I first smelled this, it was my least favorite of its bunch (Tuca Tuca and Orange Blossom, which came out right around the same time). It's grown on me. What I disliked initially about Imogen Rose I now appreciate most: the dread powder. I spend so much time defending scents which don't really smell like powder against the accusations by non-perfume lovers who see it everywhere they look that when I do smell it I tend to dismiss it out of hand. Every time I smell Imogen Rose I like it a little more, so that now, a year or so later, I like it very much. The listed notes, in addition to the obvious, are iris root, ambrette seed, tonka bean, vetiver, and bergamot. I might have gotten used to the powder, but IR seems less powdery to me than it once did. What I smell now is iris, and IR has turned out to be one of my favorite uses of it.  I first thought IR was a bit dowdy as well. I don't get that anymore either. Go figure. IR reminds me a lot of Hermes Hiris, but it satisfies every expectation that Hiris disappointed. In the past year, I've looked to many niche fragrances for this kind of pleasure and richness, and found them lacking.  All this time, it was right under my nose.

I like 1000 Kisses, a strange little medley of apricot, mandarin, and (allegedly) resins, but it's such a light kiss that I might have subtracted several zeroes. 25:43 is more my style, and could use the extra digits in its name, giving its citrusy elements more oomph with vanilla, ylang, and a laurel note I find addictive. I suppose it comes down to the difference between sweet little batting-eye pecks on the cheek and an open mouth approach. As with many Gorilla scents (too many to name) I thought I didn't like 25:43 much at first. After wearing it for an afternoon I changed my mind. Apparently, Mark Constantine created the fragrance in honor of his son's wedding day, picturing his bride walking down the aisle, with lime and tonka. It was said to "capture the moment beautifully." Later, son Simon added the rest, because as we all know, the wedding aisle leads to the bedroom.

I haven't tried some of the latest Gorilla offerings like Twilight, Silky Underwear, and Rose Jam. Thoughts from those who have?
Posted by Brian at 2/04/2012 12:20:00 PM 17 comments: