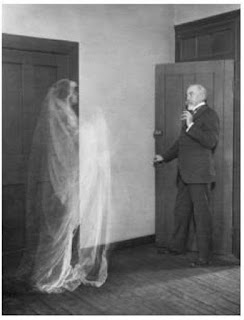 Since the death of my friend several weeks ago, I've had a hard time moving forward. I suspect that's temporary. Everything but death seems to be. But for the time being, scent has become something slightly stagnant for me - talking about it, writing about it, smelling it. Scent is in a different place, far from the things I'm feeling.

My friend was an atheist and for the most part averse to scent, so memorials of one kind or another have been problematic for me. I did speak at her funeral, trying to put her character, or what I knew of it, into words, trying to take the occasion somewhere specific. When you take the spiritual element out of a service, as a pastor afraid of insulting a deceased atheist is apt to do, you're left with all the ritual but none of the crucial opportunities for catharsis. Putting words to her helped.

In the same way, I kept wishing that she'd loved scent, so I'd have something to go to for help getting through the feelings I've been left with. All I remembered was a conversation we once had. She said she couldn't wear anything but Champs Elysees, a fragrance famous for its inoffensiveness. Everything else gave her migraines, she told me. I'd never thought much of Champs Elysees but immediately, days after her service, went out and bought the biggest bottle I could find. I was knitting a lot, and sprayed it all over my neck. It was barely there, and made her absence feel that much more visceral. It was so simple and sweet that it reminded me of the childhood photo she'd left up on her facebook profile - someone only distantly related to the person I remember.

I wanted something that could conjure her more fully, the way scent can with people whose memory it recalls. It's the first time I've thought about what it means that so many of the people I'm close to aren't that into scent, and why I'm so often desperate to track down something they'll like. I must want to make sure I have some portal back into their presence once they're gone. Without that, they'll seem, like my friend, stuck in some kind of purgatory, I imagine.

So I was practically euphoric last week when someone we both knew called to let me know the things from my friend's office had been cleared out and put in boxes, and in one of these boxes was a bottle of Molinard Nirmala. I'd forgotten all about another conversation we'd had, and it all came rushing back, bringing her with it.

We were sitting there knitting and she told me she really loved Angel, but that she had a hard time wearing it. I'd just found an old bottle of Nirmala, which smells remarkably similar to Angel, and told her about it, offering to give it to her. Nirmala has none of Angel's patchouli. It's a more piquant exercise in that general direction, with a wonderfully strange pineapple note standing in. I gave her the bottle the next time I saw her and never heard about it again. I thought about it once or twice, wondering if she'd been able to wear it. I suspected she hadn't.

I inherited the Nirmala bottle a few days after I heard about it again in this phone call. I was anxious to see it for several reasons. She'd kept it at work. Didn't that mean she'd worn it? Didn't that mean she had an "office friendly scent"? Would any of it be missing? I dreaded the alternative. What if she hadn't worn it or connected with it at all, making it just this empty signifier left behind, signifying nothing?