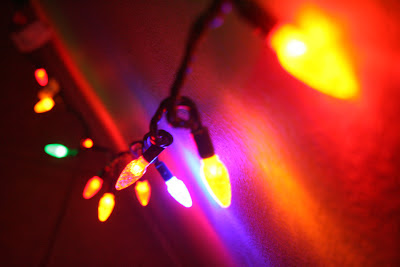 There weren't many surprises for me this year, but plenty of memorable moments. In May, for instance, after a grueling film shoot, I traveled to Portland to visit The Perfume House, my favorite perfume haunt. It was a good time to go back, as it had been a few years, and I was in a place I needed to reconnect with that original excitement perfume held for me. I discovered perfume at The Perfume House, really. I learned about Lutens there, L'Artisan, Nicolai, and scores of other fragrance options I'd never known about or even suspected.

I spent several days in Portland, which meant several days inside The Perfume House. There's a single window in the place but it's highly placed and small, and for the most part you feel you've stepped back in time, or to some pocket of time, past or present, that exists independently from the outside world. The staff feel like old friends by now, and even after all this time, having scoured the place from top to bottom, there are new discoveries, things on a bottom shelf I hadn't noticed before, or hadn't known to look for, like an old bottle of La Nuit edt, some early Rosines, and Basile, my favorite, and cheapest, discovery of the year. Basile is instant happiness for me: somewhere between Opium and L'Arte de Gucci, a subtly spiced green rose no one talks about and no one's put an exorbitantly priced sales tag on.

The weather during my trip to Portland was unusually sunny and combined with the experiences inside The Perfume House it buoyed my mood. One day, standing in the shop, I met a man who cultivates hybrid peonies nearby. He waits several years for results, and had just stopped in to show the latest fruits of his labor, two dodge ball sized peonies, one butter yellow, one blush pink. He carried them around as he spoke to the staff, talking about his process. It struck me that it takes him as long to grow a peony as it takes a perfumer to create a perfume.

The staff of the store keeps all the testers of its discontinued fragrances, so I was able to smell a few old Weil scents, Secret de Venus and Bambou. Both were beyond words, and reminded me that the past of perfumery is just as essential as the present, however hard to track down - and that the store which values this past becomes a real asset to the perfume lover.

There were only a few scents that pleased me as much as Basile. At Lucksyscent for the launch of Tableau de Parfums' Loretta with Andy Tauer, I picked up a bottle of Santa Maria Novella's Patchouli, expecting not much. I was just standing there, and it was too. So I smelled it. Turns out it's my favorite patchouli, richly herbal with chocolatey undertones, and the surprise demonstrated for me that there are still discoveries to be made, right under my nose, where I least expect them, if only I keep my mind open. It's harder and harder to do that but maybe more necessary now than several years ago, when the discoveries were so numerable I didn't have to think much about how to wait patiently for them.

The buzz this year circled furiously around fragrances that ultimately disappointed me in a big way. I shouldn't be shocked any more by the disparity between what I've heard and what I smell. I should know better at this point. Still, I was taken aback by just how boring so many of these scents were. The Ramon Monegal line was nice in places - Mon Patchouli, Kiss My Name - but emblematic as well of the high price one's asked to pay for small pleasures in the current perfume marketplace. Kurkdjian's Amyris duo was instructive, not just the scents themselves but the way they were talked about. Bloggers praised them as mainstream done well, which to me, once I smelled them, seemed like a not so coded way of saying even mediocre is exceptional when you lower your expectations sufficiently, spoken the way you do when you're in bed with the subject of your appraisal.

That told me a lot about perfume reviewing now as well. I read all the perfume blogs daily when I first started smelling, and up to the last year I continued to read even those whose prose seemed the most steeply canted toward ass-kiss. I've stopped reading all but a few now, having realized finally that for too many bloggers it's more important to know the creator of Volutes well enough to chat her up at a party than to report on the fragrance with any kind of useful honesty.

The other side of this is the tendency toward "hostility first, sober assessment later" for all things fragrant, a trend I saw more and more of on the fragrance boards and consumer review sites this year. I believe the two go hand in hand. Perfume lovers know in their guts that, however well written some of these blog narratives are, they're chronically disingenuous and often self-serving, a pretty girl insisting everyone affirm her prettiness, however ugly her behavior. More and more, bloggers seem to have crawled into bed with the makers of perfume, not just perfumers but the corporations behind them. It's only natural that the consumer, sensing this, would react defensively, distrusting everything sight unseen.

I think something will have to change, and fortunately, everything eventually does. I view this type of blogging, however current, as already paleolithic, and I look forward somewhat hopefully, though hope is against my nature, to something different, where these voices will be seen for what they are and others who haven't yet been corrupted by the betrayal of their own weak egos will start talking a little more loudly.

This shift in perspective characterized the year for me. I lost a friend in October, and the process of grief involved re-evaluation and re-prioritizing. What matters started to matter more to me after that, but I'd been moving that way for months. We're living in a highly accelerated moment, where a lot of information and many options are thrown at us on a daily, even hourly basis. We're encouraged to feel I think that we must work very hard to vie for attention, which means being heard. At the same time, we're led to believe that in this state of affairs things can still feel and be special. Who cares if by shouting I can be heard, if what the listener takes away is a lot of shouting.

By October, I knew several things: I knew that those two modes of consciousness work together destructively and are in fact actually contradictory, and I knew that I needed to step away a little so that I could somehow get back in touch with what does matter in life. At this point I need to believe, with confidence, that some things do matter. If every new perfume release does, then really nothing can. I want a little more intention in my life - in the things I value and connect with. And I want to believe a connection can transcend the next several minutes or days the way we like to say perfume can. Like my friend, a profound perfume is unique in its ability to reach you and bond with you. The most impressive thing about it shouldn't be how much money it has or how many friends in high places. I need to learn I think that the exceptional peony comes after a patient wait, and that the waiting is as important and valuable as the eventual appearance of the flower.

I hope everyone's had a good year, and is out there making personally meaningful discoveries, and perseveres in the belief that ultimately the best barometer is your own mind and heart. 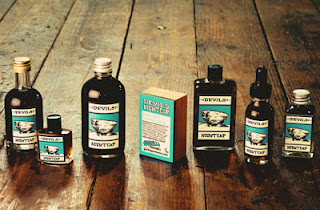