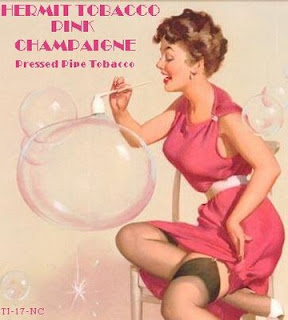 It's a testament to Maurice Roucel's talent that his cheapest fragrances often smell as good as his high end niche reputation makers. K de Krizia is an amazing aldehyde floral, dirt cheap online. Nautica Voyage, a miraculous little sleeper of a scent, retails for as low as thirty-five dollars. Rochas Tocade (25 bucks) smells as fantastic, if not more so, than Guerlain L'Instant (60-70). Lalique Pour Homme (roughly $35) might just smell better than Bond No. 9 Riverside Drive (three times the price). Nothing compares to Iris Silver Mist, of course; then again, it's more an out-of-body experience than a perfume, and holding it up to mere mortals for comparison is like looking for a Paul Lynde "type" to play David Bowie in a high school musical. Wondrous oddities aside, Roucel's work remains remarkably consistent.

One key to that consistency is his trademark magnolia accord, which relates many of his scents to each other and smells so rich, creamy, and tangible you swear you could eat it or touch it or slather it all over yourself. Tocade is vanillic rose laid out on this signature base. L'Instant uses it not just as a foundation but as reason for being. You smell it everywhere in Roucel's ouevre, from Broadway Nite to 24, Faubourg. Tenacious sans bombast, it transitions from high to low, adapting itself to everything in between. What could be cheesier than something named Dunhill: Desire for a Woman? And yet, like almost everything else he's done, missteps and heavy hitters alike, Dunhill Desire too arranges itself around that familiar rubbery magnolia accord.

Lush, long lasting, and impressive, Desire has more going on in its top notes than the entire formulas of many a mainstream fragrance. I bought my 2.2 ounce bottle for 30 dollars--so it has more going on for less money, too. I'm not going to pretend I've wasted much time on Dunhill fragrances as a whole. There seem to be so many--for men, at least--the majority of which strike me as something my straight male friends would wear, lured by some aspirational fantasy associated with the name.

"Dunhill caters to the needs of the discerning man," says the company's ad copy, "from formal and casual menswear, to handcrafted leather goods through to fine men's jewelry" and so on, ad nauseum. Not pens and pencils but "writing instruments"; not watches but "timepieces". Jude Law is the spokesmodel and litters the website looking studiously urbane; suave, styled within an inch of his life, and bored out of his mind. "I'm sensitive, well dressed, and sometimes known to lean against the shelves in my library reading from a randomly selected, leather bound book," his sensitive expression says. Greys, tans, black, white. The menswear line is designed for "the modern gentleman and the maverick traveler."

I suppose a maverick travels in his own private plane, as opposed to lowly first class, and lives in a world drained of color. With their facile attempts at signaling a certain kind of cut-rate Ralph Lauren affluence, the few Dunhill masculines I've smelled depressed the hell out of me--as if to be a man means ipso facto to be magnificently tedious--and why be depressed, with so many wonderful things to smell out there? I've ignored Dunhill, and will probably continue to do so. Desire for a Woman seems to be an anomaly for the line: it smells like nothing else on the shelf, performs impressively, and like my favorite Roucels, manages somehow to suggest both impeccable taste and fun-loving, imperturbable trash.

I don't know exactly what's in it. I only know that I like it. It starts out intensely floral but very subtly evolves on the skin, arriving at a perfectly calibrated olfactory architecture of spiced amber, buttery warmth, and woods. From various sources online I've heard rose, freesia, caramel, sandalwood, and vanilla. There could be watermelon in it, for all I really know. Like everything else Roucel does, Desire smells edible without feeling particularly gourmand or foody. His fragrances share this precarious quality with the work of Sophia Grojsman.

Think of Desire as L'Instant Intense. I was always disappointed by L'Instant, and smelling Desire I now know why. L'Instant was far too timid; a miscalculation for which Roucel overcompensated, three years later, with Insolence, Faster Pussycat, Kill, Kill to L'Instant's Masterpiece Theater. Desire situates itself somewhere in the middle of these extremes, a luxury it earned, most likely, by virtue of its market. Imagine the pressure applied at Guerlain, which has a real heritage to uphold, compared to the fairly straightforward, faux historical mass market imperatives of an outfit like Dunhill, whose incessant releases survive or perish according to a sink or swim mentality. Desire seems like Roucel having some fun, with a more relaxed attitude and a healthier sense of humor. The bottle is shimmery fuschia, just so you don't miss it, a delicious squeal of laughter compared to L'instant's pale whispery, watered down purplish pink.

Dunhill marketed Desire as the fragrance equivalent of the young woman in a pajama top designed to look like her boyfriend's, only in bright girly colors. Smells a little like his cologne, they said, but not to worry: strong enough for a man, but made for a woman, etc. Lo and behold, the reverse holds true. The perhaps unintentional effect of Desire's conglomerate of notes is a dreamy-sweet, curried pipe tobacco aroma, a mixture of powdered bubblegum and smoking room which makes the fragrance, in fact, a far superior masculine than any of the Dunhill males I've had the misfortune of smelling.
Posted by Brian at 4/01/2009 06:04:00 PM