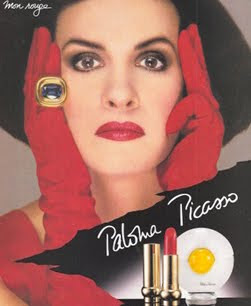 There are what seem like thousands of tween girls reviewing their favorite perfumes online, if not their entire perfume collections. I'm in love with all of them--and addicted to watching them. It made me think about recent comments made by more seasoned bloggers alluding to the idea that there are way too many people blogging about perfume. It's just too noisy, they seem to be saying. It's just too messy. Obviously, these bloggers haven't sullied themselves by visiting youtube much in recent years. Bloggers don't stand a chance in that thicket.

It's amazing to see how many people out there love perfume, and want to share it with you. I appreciate what they do--how earnestly they approach the subject. Some of these girls have made me a fan. They bring you right into their rooms and break it all down for you--whether it's Britney Spears Curious or Donna Karan Signature. Far from making me feel threatened, their enthusiasm and ubiquity have paralyzed me with admiration. You don't hear much talk from them about the perfumers behind the perfumes they love. You don't hear much about their pyramids, provenance, the fragrance industry, sales figures, or ad campaigns. Typically, these aren't technically reviews. On a basic level, they're purely personal--this is what I like and why--so personal that you realize nothing else ultimately counts for much. These girls state the case so effortlessly, some of them, with so little guile or fuss, and so much personality, and here I am, plugging away at this post about...

Oh yes: Paloma Picasso.
That's what I have sitting out on the counter here, anyway, but as I type this and try to gather my thoughts I keep wondering what one of my new favorite video bloggers would say. I bring the bottle to my nose as they do on camera. I sniff thoughtfully. I ponder. I've liked Paloma Picasso ever since it came out, back in I guess 1984, and I remember women wearing this a lot back then. I loved the bottle, which didn't look like anything I'd seen before. I liked how it looked like something off of a Sunday science fiction movie on TV. Something black and white. An alien-like cyclops with a big, thick cartoon eye, further distorted by waves of static on the screen.

I liked Paloma, too, who looked, in the ad for her perfume, a little sci-fi herself. The asymmetrical hair, the gloved hands, those big eyes and the strange, vaguely alarmed expression on her face, a kind of "Take me to your leaders" look. Everyone knew she was the daughter of Pablo Picasso. I hadn't known, until recently, that her maternal grandfather, Emile Gillot, was a perfumer. This is the kind of detail one of the ladies on youtube wouldn't waste her time with, but I'm a dinosaur and I can't help it. Bottle back to nose:

I notice subtle differences between the EDP and EDT versions. The eau de parfum concentration feels more openly animalic. When you first apply, you get a strong whiff of honeyed leather, one of the more curious openings in eighties perfumery. The fragrance hovers there indeterminately between animal and floral for a good while. The eau de toilette is softer up front, accenting the florals throughout. It feels like the animal has been tamed in that concentration. You still get the honey, but it too is a more domesticated beast in EDT. I smelled an older version of the EDP recently and while it was even more animalic, and more jolting, than the current version, they're very close, much closer than most classic fragrances and their updated selves.

A review from 2007 over on Bois de Jasmin lists the notes as follows: bergamot, lemon, hyacinth, ylang-ylang, clove, angelica root, iris, jasmine, lily of the valley, mimosa, coriander, rose, cedarwood, patchouli, sandalwood, castoreum, vetiver, oakmoss, civet, musk, and tobacco. That Paloma Picasso smells as good as it does, given how many of these things have been restricted since its release, seems like something close to a miracle. Oakmoss plays a big role in the fragrance, however, and what recent formulations lacked in civet and castoreum they made up for in bitter mossy undertones. Now that oakmoss will be a thing of the past, I wonder how good Paloma will smell a year or two from now.

But this is weak, and I'm failing. The girls do it so much better. How does it make me feel? Um... Oh, I don't know. Serious, maybe. Kind of pensive. It's a moody thing. The florals are happy. The more animalic tones say, oh shut up with your flowery optimism. I wouldn't say Paloma is severe, or even angular, like Paloma's hair in the ad. But it's definitely asymmetrical, somehow. It feels intelligently skewed. It's definitely a chypre; it's just that sometimes it's more floral and green, other times more leathery. It does reference Coriandre and Knowing and Aromatics Elixir, those fantastic rose chypres. But it has Miss Balmain lurking in there, too.

I found an old bottle at a Rite-Aid drugstore here. It was one ounce. I ultimately took it back. It all depends with me. Sometimes I prefer the reformulation. You're not supposed to say that. But the diffusion improves sometimes I think. I can't think of an example off the top of my head, of course. Where's the head when you need it? Older Paloma was definitely more animalic, but it also smelled a little less present to me. The new and old intersect a lot in their developments, and I like the new a lot, so I took the old back. The EDT and EDP are both worth having I think. The EDT shows off coriander and ylang much more, to my nose.

I love the newer parfum de peau. Older is really all about the animal musks but the newer is really great, right? Knowing is another I prefer in newer version. There. There's my head back.

You have no idea how much I want to love this perfume! I have tried it numerous times accompanied by everything short of hypnotism and I'll be damned if it doesn't smell like a freshly ridden horse on my skin.

Actually, I always hold out hope during the top notes, which I enjoy. But eventually, PP drys out to be severe, angular...nasty, really.

Chypres are my thing! Why not Paloma? Maybe someday.

I wonder why, Jospehine. But you know, I think part of the reason I like Paloma, now that you mention it, is that it's odd compared to the majority of chypres. There's something slightly off about it.

Head in drawer of minis. I know it's there and I know that despite my blocked head I must sniff it .

Ah, man, I used to live for this - and a few other showstoppers - back in the Eighties, before I supposedly acquired something akin to adult "restraint". (Still working on that one!) And you're absolutely right, Brian, there was something slightly oddball and, well, strange about it - which could well be why I loved it so much.

Not exactly Ms. Conformity, not even then, ya know? It was like not much else back then, and today's version is not exactly mainstream either. And that's a good thing!

Paloma through the girls of You Tube...
...right, shouldn't try. Let them.

Meanwhile, I'll just burble the typical "Oh, I love that one too!" kind of stuff. I just picked up a lot (as in auction lot) of four minis. Because I'm cheap? Well, yes...but also because Paloma is something I recently put on to allow me to be a "goddess underneath practical layers and woolen scarves." It's cold around here. Did I mention that?

I think the "what up with that?" in relation to chypres is that there's a jammy element that ain't no chypre. It pretends to be all vamp, but...well, but it wears a cozy woolen scarf.

Lovely scent! When I saw now the ad I went back in time.

You may have fallen for the Youtube girls, but I am falling for you ;) You even want to make me re-try Paloma, something I KNOW is exactly the kind of fragrance I run from usually.

I love that ad with Paloma and her slightly shocked expression. I don't remember where I read this, but someone commented that the white bottle contained the "better version", whatever that is. But I never see the white bottle anywhere. PP Mon Parfum has been on my wish list a long time.