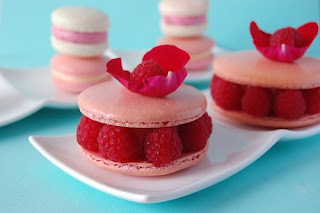 It’s been a long time since I’ve TWRTed (sounds like one of those icky bodily function words like Snart) but I have a few spare moments today so I figured I’d bless ya’ll with my random musings :-)


I heartily concur with Brian’s sentiments below about luxury perfumes. I know from speaking with several perfumers that the supposed “rare and better” ingredients really aren’t; the vast majority of perfume ingredients are purchased from the same company for essentially the same prices. When we buy luxury perfumes we are simply paying more; not getting more. Now, I personally have a few expensive perfumes which I adore and that’s why I paid the price, but for heaven’s sake, the majority of these really high-end luxury perfume price tags are just ridiculous. And, to add further insult to consumers, think about the fact that many of the high-priced niche lines do not spend a dime on advertising or expensive store front locations in Paris, London or NYC. Not to plug my own business (yeah, this is definitely a plug) but thank goodness for decanters.

Perfume of the week: Tauer Un Rose Vermeille...an absolutely luscious raspberry gourmand oriental. Makes me think of a raspberry macaron. I get very little rose from this – just a touch at the start – but the crux of the perfume and especially the dry down is a delectable gourmand. And I normally steer clear of gourmands. For comparison’s sake, imagine Bond No. 9’s Broadway Nite or FM Lipstick Rose with a much stronger raspberry gourmand dry down. Thank you Andy!

Why is Chanel Cuir de Russie on back-order at the main Chanel website? I ordered some 2 weeks ago and it’s still on back-order. Doesn’t that seem weird?

I enjoyed The King’s Speech but didn’t think it was ALL THAT. I also expected to enjoy Black Swan but only thought it was so-so. I so adore Natalie Portman, though; almost no matter what she does. An unexpected stand-out for me was The Fighter with Mark Wahlberg, Christian Bale and Amy Adams. I lovelovelove Amy Adams and hope she wins best supporting actress (although that young girl from True Grit, wow, she’s a phenomenal talent at age 14!). But back to The Fighter - I grew up a few towns away from Lowell, Massachusetts and could not stop laughing at the unbelievably authentic Lowell accent they managed to portray in the film. Now that I’m no longer in Massachusetts, I hardly hear the accent (and somehow don’t have one myself; I got outta Boston unscathed, which I think is wicked awesome...ok, only folks from MA are going to get that) so hearing it authentically on the big screen was a hoot. Other movies never get the Boston accent right; not even Ben Affleck’s The Town (people from Charlestown, MA, just don’t quite sound like that).

I appreciate that others love Kurkdjian’s Absolue pour le Soir but on me it is absolutely the most revolting perfume I have ever smelled. I mean, I seriously feel ill when I’ve tried to wear it. It is foulness pushed to the max – civet-like, unclean private parts – I’m nearly gagging thinking about it. But, all gagging aside, I’m glad Mr. K finally created something that smells dissimilar from laundry detergent. Polarizing is a good thing, so much better than “meh.”

I think I should have lengthier reviews coming soon for a few perfumes I’ve been wearing a lot lately: YOSH Omniscent in eau de parfum and Le Labo Poivre 23. I never paid any attention to YOSH before but Omniscent in edp is a big oriental lover’s wet dream; it’s bright and happy. I hesitate to review LL Poivre 23 because it’s one of those ridiculous city exclusives (only available in London and $400 bucks) but this has become one of those luxuries I decided I had to have. Yes, it’s pretty much all about pepper and it is a peppery oriental, but on me it dries down with a prominent floracy and I swear I smell lots of ylang ylang in the dry down. I love it.

I cannot wait for Annick Goutal’s Le Mimosa to launch. As you might already know I love mimosa and I am absolutely certain AG will make a perfect mimosa for me. Sure, it will be sheer, but it will also be green and bright and utterly perfect for summer (or so I hope, but aside from Mandragore AG has never failed me).

Sandwich of the week: I don’t eat sandwiches anymore now that I’ve sworn off useless carbs (no white flour, bread, potatoes, rice, etc.) And, no, whole wheat doesn’t do you much good either (I know you might think this sounds crazy but look into it; carbs are carbs which all effect your body in the same fashion). So, I found low-carb tortillas which are my savoir. This week I made a delectable wrap with a low-carb tortilla containing shrimp salad, avocado slices and razor thin cucumber slices soaked in vinaigrette dressing beforehand. (It's not lost on me that the above photo is a carb loaded macaron, but I chose because macarons are amazing and also because it reminds me of Tauer's Une Rose Vermeille; so there).

American Idol: Of course I’m watching. You know me, a total geek. I think J. Lo and Steven Tyler are doing a decent job. But don’t the contestants seem mediocre so far? The judges have put through many who I don’t think would have made it in the past years. And where are all the rockers? I still have a crush on Bo Bice.

As much as I love Oprah I think there’s an issue of overexposure lately. Same for Bertrand Duchaufour, his rock star status is only serving to make me more critical of his work; which I generally think is “meh.”

OMG! I am so happy you're back. You know how stuffy it gets when I'm the only one yakking!

No, I don't know how stuffy it gets, silly!! :)
But I am at the point where I think our readers are Your readers and they'll be like "who is this Abigail person?"
And, I know fer sure you don't wear elbow patches on your blazers ALL the time...
Love ya, Brian xoxoxxo A

Hey, you two...I'm glad the both of youse are writing. Now excuse me, I'm gonna chat with Abigail. :)

Sandwiches WITHOUT bread? Okay, you know and do what is best for you. As it turns out, I just consumed a most delectable grilled cheese whose crowning glory is the addition of some wine to the butter in the pan. Oh, yes; an accident of deglazing last fall led me to a most happy discovery...

LOL at Pour le Soir. I know. But I was converted. Being the masochist, erm, persistent person that I am, I tried more than three times. Four was the charm. Well, persistence and sloth...I was on the couch, the fire was going, the beverage was good...it seemed like so much trouble to get up and wash off the panties OH MY GOD it's not panties its delectable comfort....stuff happens. What can I say?

I know. Brian nailed it. It was a fabulous 1-2 punch, finding Victoria's post, then his. Luxury is...well, I should save that chattiness for Brian's post.

Rose Vermeille was too much for me. But I continue to enjoy Une Rose Chypree...and love life when I am wearing Un Reverie au Jardin.

I thought it was wicked good? Is awesome a Lowell thing? :)

I so agree about Andy Tauer's Rose Vermeille ,it's delicious. I havn't seen The King's Speech yet . George V1 holds a special place in the hearts of most of the English for various reasons. The most important is that he did not leave the U.K during W.W11 and it was obvious he was a very nervous man. I hope it's good but will wait for the D.V.D . It's lovely to read you again.

YAYYYyyy Abigail!!! Itza balmy rainy Sunday in south Alabam & it just managed to get WAY Lovelier - I'm SO spoiled to ISTIA & Posh Peasant - the starz are realligned! I *Adore* you :)

So, I'm Still basking in the unspeakable Glories of Roma Imperiale - yes, it's "dreamy" ~ How do I Thank Thee? My skin actually Warms up when Roma melts in like butter & OH! the intoxication! (making me say Bo who? ha) If I could throw crazy cash at a bottle of something, Roma would be it.

And that bringz me to *BRAVO* & *THANK-YE* 4-Ever for your Goldmine-of-a-Blog AND that I can prance over to Posh Peasant and actually HAVE whereof I read. You have literally opened up a Whole World to me, Abigail. & you don't just provide access - Aye, you personalize the reader/buyer's experience & celebrate-in-velvet. You're a *GIFT* :)

Loved this roundup! Sandwiches: I'm seriously jealous of your carb-discipline (just got belated prezzies from my bro & felt entitled to another little buttercream icing cake and a re-light of my candles and another wish - ha). Book: Just ordered Jitterbug Perfume & can't wait - man I NEED to love a book right now. Movies: It's way refreshing to hear someone not full-tilt praise Swan 'n King - helps level my expectations. I Really wanna love Fighter, above all - this week, yay! Wish I had some Boxeuses to wear to the theatre ..

Have a Gorgeous Sunday, Abigail!!

I should yank out that URV sample again... was thinking about it over the weekend but wearing something else for review. I did get rose in it, but I agree, it's more gourmand than anything else - a gourmand for those who are not particularly gourmand fans, I thought. (I.e., me.)

Can't speak to the MA accent, but as a Mountain Southerner, I notice that nobody gets that accent right, either - not even in O Brother, Where Art Thou?, which I thought surely would make an effort. But no. Is it that difficult to pick up, that twangy nasal drawl? It's difficult to ditch, I know that much.

After reading about two new upcoming frags by Duchaufour on other blogs, both high priced limited editions, I have to chime in, however late. As much as I love Al Oudh and Jubilation XXV (but was much disappointed by Nuit de Tubereuse, Havana Vanille and Orange Blossom) I get so bored and annoyed at the same time by BD's stardom and seemingly endless output - it will probably be hard work to get me interested even in more accessible future frags by him.