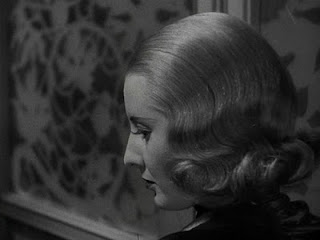 It surprised me to discover I've never written a review or even really anything at length about a Parfumerie Generale fragrance, especially given the fact I like as many of them as much as I do. While I wouldn't say I like Coze the best, I do think it epitomizes perfumer Pierre Guillaume's style: sweet and woody, an earthier recombination of elements you find in the work of Christopher Sheldrake for Serge Lutens. Sheldrake sometimes errs on the side of syrupy excess. Coze works these balances out perfectly, calibrating the sweetness so that it feels less like something off a pastry shelf, more like something you'd find some tree trunk leaking out in a moss-laden forest.

I believe Coze was one of the earliest PG fragrances (2002), and it feels fully committed to its ideas. It feels a little more earnest than some of the line's most recent releases. Some of the more recent releases have suggested the growing pains of an artist trying to stretch out and do something new, not necessarily to challenge himself but to broaden his appeal. Some of these newer creations go so far in the other direction that they start to lose what it is (whatever it is) that I love about Guillaume's style. Coze had no one to please but itself. It didn't have to worry about retread, or one trick ponies. It didn't have a body of criticism to work against or to flatter. It stormed out the gate relatively free of context.

A sleight herbal aroma hits you when you first spray it on, riding on a gentle gust of the animalic. It's barely there. A few seconds, and it has melded seamlessly into Coze's more overt agenda: coffee, woods, patchouli, tobacco, vanilla. The wood you sense most is cedar, and Coze employs it more adroitly than any fragrance I know. You get the sweetness but the slightly medicinal, faintly bitter aromatic aspects too, all in perfect proportion. You're never sure if you're smelling the coffee or the cedar, in fact, causing you to see both differently. Neither is what it was. Each seems a bit more than you guessed. Once you've adjusted to this balance, you start to discern something like the sweet, dusty smell of horse hide I remember from my childhood visits to rural Arkansas.

Some will smell Coze and sense nothing but patchouli. That's going to generally be the person who doesn't care for patchouli a'tall. Those who love do love patchouli, like I do, will recognize in Coze a fantastic tribute to it, achieving something far beyond the head shop, something much closer to patchouli royalty. On various fragrance boards, you might hear, as I did for a long time, that Coze has no staying power. I'm not sure what these reviewers are smoking. Perhaps something made from the hemp which is listed in the pyramid of Coze. Don't believe a word of it. Coze has tremendous staying power. It's truly a high that lasts.

I suppose something should be said about that "hemp note". Maybe it's responsible for the herbal element? Maybe the horse hide? Many of PG's scents have this weird, dry-to-scorched grass ambience. I love that quality and don't spend a lot of time trying to break it down. In the case of Coze, it might well be the hemp. I do see similarities between something in Cannabis Santal (Fresh) and Coze--but only just. Overall, Coze has a deep, resonant tone to it which feels mysterious, slightly insular, something with a strong presence which keeps its secrets turned away from you.

I'd love to hear the Parfumerie Generale fragrances that other people love and the experience they've had with them. There are several I'd like to get and I'm curious to hear more.
Posted by Brian at 2/06/2011 11:18:00 AM

I'm a huge fan of PG line. I bought Cadjmere for my boyfriend but he doesn't really like it so I wear it (I like it a lot).
That's the only bottle I have so far but would love bottles of Bois Naufrage, Bois Blond and Intrigant Patchouli.

My experience with the line has been frighteningly positive---I've bought everything I've smelled:
Brulure de Rose, which should have been to sweet for me, but is perfectly wonderful.
Bois Blond, glorious. Angels sing.
Iris Oriental, another riff on perfection.
L'Ombre Fauve, which might be my favorite amber.
Felanilla, to date, my favorite riff on Shalimar, right above MH Fleur Oriental.

I'm hesitant to try more, with these kind of expectations in the front of my mind. However, Coze sounds like it will deliver: I love cedar. I must acquire a sample.

Cannot help with comments on the full PG line just yet - a kind swap friend sent me about eight samples that I haven't gotten to yet. I have tried a few: Brulure de Rose (nice, except for that blasted cocoa-mix note, bleah) and Ilang Ivohibe (again, nice, but didn't go anywhere), Felanilla (nice, but so awfully close to vintage Emeraude+ green banana that it nearly fried my brain circuits), Tuberose Couture (nice green tuberose coated in simple syrup), Iris Taizo/Oriental (nice, but didn't stick in my brain other than, "hm, I kind of liked that"), and Un Crime Exotique (not nice. Play-doh.). Are we sensing a theme here?

But then again, we have a vast difference of opinion on patchouli, Brian. I know my limits: I don't attempt to stay awake past 2pm anymore, I don't drink tequila, I don't try to back from a large space into a small one. That way lies misery. The Coze sample will find a new home, unsniffed by me...

I very much enjoy your articles. Very rarely do I comment, but I'm out here, reading what you and Abigail have to say.

Hmmm, Ines. What does Cadjmere smell like? I'm not sure I know.

Muse, we do, it's true we sometimes differ. But you know, aside from Un Crime, the PG's you mention didn't really roll my socks up and down. So there's hope for you and us yet!

Long time no hear. Glad to know you're out there. I love Stanwyck but I'm not super saturated in her films. I don't know which movie this pic is from. I want to see Meet John Doe. I'm sure you've seen that one? What other Stanwyck movies can you recommend? I just read the novel Double Indemnity and wondered after finishing it why I've never watched that movie.

I adore patchouli but didn't see it listed in PG's notes on Coze. However, I will still try it because it does have cedar, another fave.

Socks rolling up and down--LOL--that image will stay with me today. Thanks!

Brian, to me it smells like creamy sandalwood with initially some spice and then a bit lavenderish but never letting go of creamy sandalwood. It's not loud or bold in statement, it's just perfectly pleasant . :)

Heyo! I gained me some Coze last summer when Abigail was all-in-a-rapture & musing on the myth of pheremones - No way I was gonna miss out on this one!.. & Yay dug-it-MUCH-and-tucked-it away as a summer scent..

~~ Now, your late winter dance is making me wanna get it back out and see if it's a different experience in cold temps (a perfume-principle Abigail & you have taught me). So, off I go, into the back-bottoms of my over-stuffed closet, trying to get Coze. Thanks a lot, Brian! ;)

Brian, if you want Stanwyck, I'm your gal!

One of her best performances is THE LADY EVE. Henry Fonda is superb as an absolute boob, and Stanwyck is ravishingly beautiful.

Another great Stany flick is REMEMBER THE NIGHT with Fred MacMurray. And, yes, watch DOUBLE INDEMNITY, but remember, Stany played lots of good gals before she played baddies.

GREAT MAN'S LADY is superb; I don't think it's on DVD. I have a bootleg (shhh) copy. And on it goes. But THE LADY EVE is tops.

BTW, I loved your post on Paris. And while I was never physically bullied, I was teased mercilessly by the DA's son. Who can win that battle? Anyway, I cried when I read that post. I know it touched a lot of people deeply.

You and Abigail, keep up the great work!

Oh, and before I forget, yes, watch MEET JOHN DOE. Capra directed Stany in quite a few movies. THE BITTER TEA OF GENERAL YEN, for instance, is very interesting. But JOHN DOE is one of my favorite movies. It's on YT, BTW. Take care!

I love Coze too. It was the first PG I ever tried and still one of my favourites. I think patchouli does feature quite prominently in a number of fragrances in the PG line, particularly the earlier ones. Luckily I enjoy patchouli - Lombre Fauve is another good, but challenging one that comes to mind...

I'll have to try that one, Michael. I've been curious about it. Have you tried Bios de Copaiba?

Cagney, I'm going to watch John Doe! Tonight I watched Leave Her To Heaven. If you haven't seen it, I recommend. It was fantastic.

I tried a few from PG line. I chose Papyrus for a friend. For myself, I first bought Louanges Profondes when I am trying it on one wrist and L'eau de Circe on the other. Louanges brought back childhood memory and it is wonderful and warm in winter. L'eau de Circe is a surprisingly linear, but I love soliflore, with sweet note and herbal smell like some strong chinese medicine that make you roll your eyes when swallowing but you know it is good for you! It is a good scent for the fall and with a sudden change of temperature, it is a must have if you can take it bitter and sweet.
I admired Psychotrope, smelled so exciting, mixing floral and leather but on me, my arm transformed into a huge leather couch, I have to wash it off.
L'eau Metale was scary, it was like bleach.
Next time, I will try more.